As authoritarian regimes crack down on local human rights organizations (LHROs), these restrictions have led to calls for more variety and sustainability in financing strategies for the global South. One of the strategies that has gained the most traction is a shift toward local funding, as outlined by Jenny Hodgson. In addition, Annika Poppe and Jonas Wolff have argued that we must take governments seriously in their normative arguments against foreign funding and thus, foreign interference.

We should focus on adjusting to the contextual financial needs of human rights defenders.

However, while local funding may be viable and beneficial in certain contexts in the global South, in others—namely in authoritarian regimes—local funding can magnify the problems of unsustainability and collective self-determination. Generalizations when debating local versus foreign funding are unhelpful; instead, we should focus on adjusting to the contextual financial needs of human rights defenders. In some authoritarian contexts, legal and structural challenges to local fundraising may make this impossible or counter-productive. One such challenge is the persecution of LHROs through legal and extralegal measures, and another is the problem of severe power inequality.

First, several authoritarian regimes have delegalized the very existence of LHROs by controlling the approval process for organizations and removing their previously authorized status. This forces many organizations to seek more “creative” registration methods in more lenient dictatorships, or forego registration in the most severe cases, while maintaining their operations. Sometimes local organizations go so far as to locate their headquarters outside the country, while maintaining local operations through activists on the ground. Local funding under these circumstances is illegal, and could lead to charges of terrorism or extralegal violence. Examples of this are cases like Rwanda and much of the Gulf, where only pro-government NGOs are allowed and activists are under constant threat of arrest and violence.

Second, in several authoritarian regimes, rule of law is virtually non-existent and the judiciary acts as an arm of the dictatorship to penalize human rights defenders and any local supporters. The proliferation of counter-terrorism laws make LHROs and human rights workers more susceptible to charges of terrorism and, by extension, local donors. This not only creates a barrier of fear for potential donors, but also a moral responsibility on local human rights groups to avoid endangering their constituents. Moreover, as dictatorships severely penalize local donations to LHROs with sentences up to life in prison, senior leadership of these organizations are pushed to minimize the risk for staff and activists. For example, many organizations limit funding information to senior leadership, so only they would be implicated in the event of a severe crackdown. Risk mitigation requires limiting the number of donors and staff connected to an organization or project. This means looking for foreign funding and forgoing local funding, as the process of local fundraising requires a lot more local publicity and exposure. 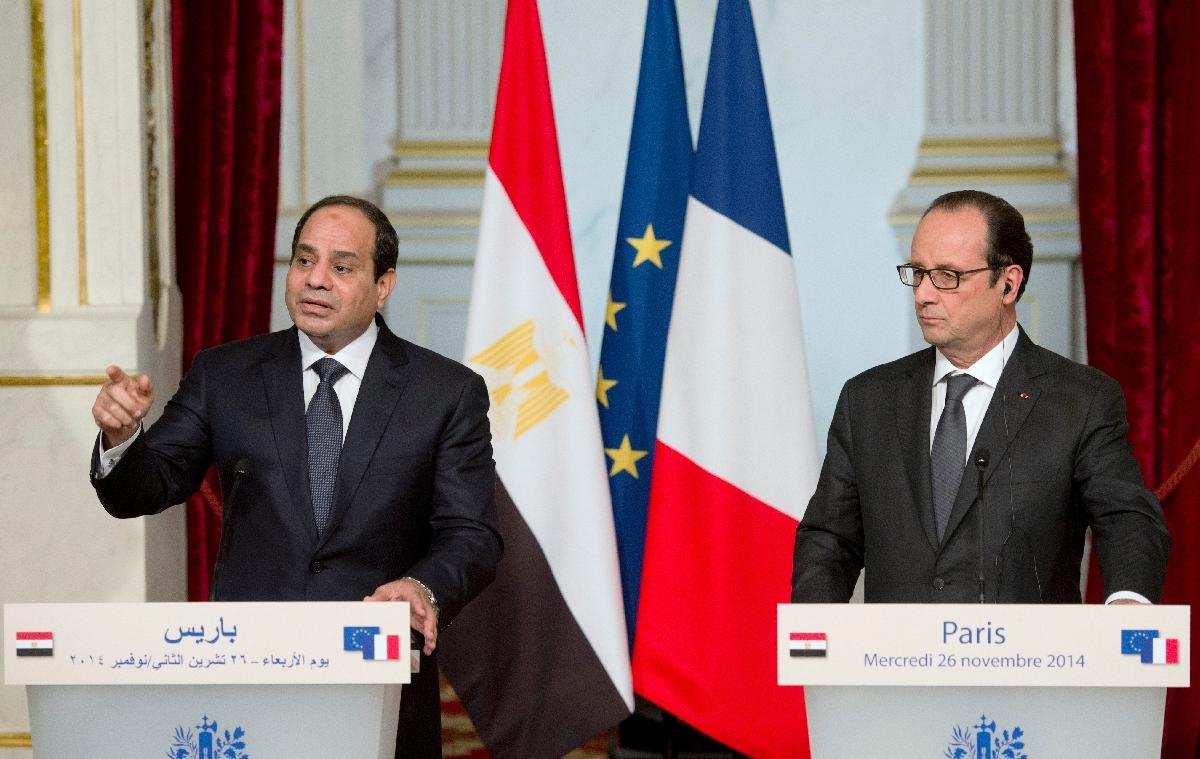 Egypt’s President Abdel Fattah Al Sisi, one of the most brutal modern dictators, and a recipient of billions in aid from the US and Gulf monarchies speaking against foreign intervention through human rights.

Third, in certain authoritarian countries such as Rwanda and Algeria, corruption is rampant, and both businesses and businessmen are discouraged and intimidated from supporting LHROs. Organizations are labelled as enemies of the government, and businesses either voluntarily avoid links with them due to a mutually beneficial relationship between them and the dictatorship, or out of fear of repercussions against their economic interests.

Two normative critiques against foreign funding are the inherent power mismatch that favours Northern donors over Southern beneficiaries and the accusation that LHROs are elitist. However, the power mismatch is arguably even more severe within the global South, as in many cases local funding would only exacerbate elitism. For example, as the global South suffers from extreme inequality, wealth is concentrated in the hands of a few families, corporations or individuals. If LHROs aim to rely on local funding, they would need to adapt their discourses to appeal to big donors from their communities. This would make LHROs accountable to a small rich elite within their countries, who are more likely to be male, heterosexual, and from the dominant religious group. As research shows that democratization puts pressure towards redistribution of wealth, elites in authoritarian regimes are not expected to be very enthusiastic about democratization, antidiscrimination or economic and social rights (ESCR). While LHROs could theoretically rely on a large number of small contributions from poorer constituents, this requires the freedom for human rights defenders to interact with and solicit fellow citizens without being arrested or killed—and in many countries, such freedom doesn’t exist.

Paradoxically, in these contexts, foreign funding could give a greater voice to people in the global South. Despite conditionality, international donors are often far removed and cannot always accurately verify how funds are used or examine all detailed activities of LHROs. Local (elite) donors are closer, and would have more direct access and ability to influence the day-to-day operations of LHROs. This is not to say that foreign funding is not problematic, or that it comes with no strings attached. But local human rights defenders who choose to risk their lives for their rights are best suited to judge their own contexts and determine which tool is best suited to get the job done. In the end, whichever funding method allows them to do this is the best one—in some contexts this may be local funding, but in many it is not.

Any normative claim to the superiority of local funding needs to address the viability and utility of local funding in each specific context. Local funding may be a viable and useful approach in relatively democratic contexts, though even that claim needs to be investigated. In the meantime, donors and allies of civil society in the global South should understand the specific contexts of LHROs, and better accommodate their needs, whether through promoting local fundraising or bypassing and challenging restrictions on foreign funding. This can only be achieved by giving more agency to local human rights defenders in the debate on funding.

Hussein Baoumi is the Programs Director at the Egyptian Commission for Rights and Freedoms in Egypt.