On the 45th anniversary of the beginning of the last civic-military dictatorship in Argentina, this project aims to recover the voices of woman that had been previously made invisible. 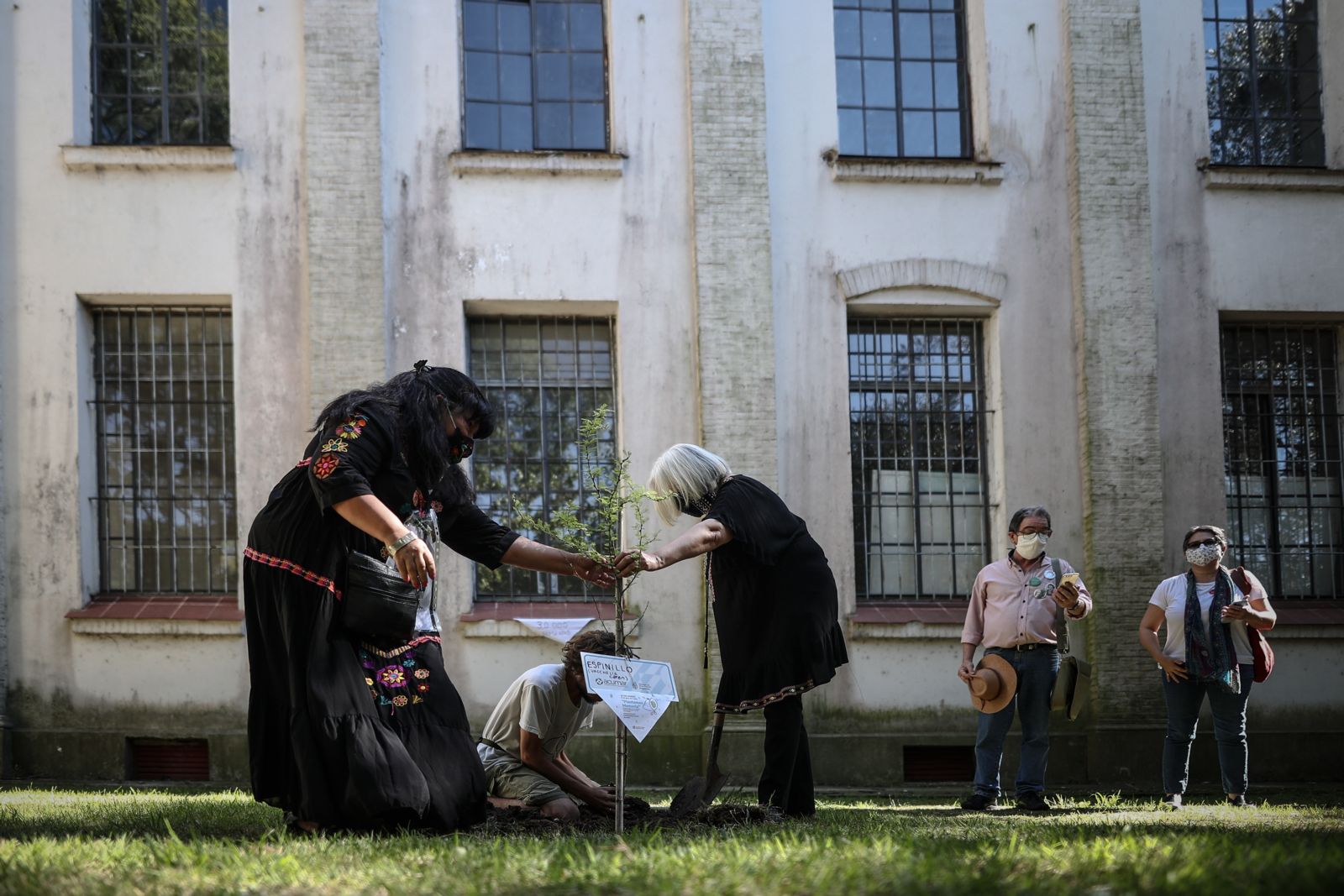 Memory is like a vine, it grows day by day, with each stem, with each leaf, and with each voice that gives us its testimony and opens the door to get us a little closer to the truth and justice.

On March 24, Argentina marked the 45th anniversary of the beginning of the last civic-military dictatorship (1976-1983) that systematically violated the human rights of the population and committed crimes against humanity. This year, in the context of a pandemic, human rights organizations called for "planting memory" by planting 30,000 trees throughout the country with the aim of remembering what happened so that it never happens again. In Río Negro, the transmedia project Women and Dictatorship (Mujeres y Dictadura) was presented.

This project began in 2017 and was carried out by an interdisciplinary, inter-institutional and collective team with members of the Center for Studies on Rights, Inclusion and Society (Centro de Estudios sobre Derechos, Inclusión y Sociedad) of the National University of Río Negro (CIEDIS, UNRN), with workers from the Provincial Memory Archive (Archivo Provincial de la Memoria - APM) of Río Negro, the Ministry of Education and Human Rights of the province and members of the Association of Relatives and Victims of Terrorism of the State of Río Negro (Asociación de Familiares y Víctimas del Terrorismo de Estado de Río Negro - AFyVTE).

Its main objective was to contribute to the reconstruction of recent regional history within the framework of the public policies of Memory, Truth and Justice and from a feminist perspective, through the recovery of the life experiences of women who lived in the province of Río Negro during the last civic-military dictatorship. One of its most important achievements was the recovery of these voices that had been made invisible. Through their experiences, women tell us what education was like for them, their militancy and political participation, family planning and the main obstacles and barriers they faced as women.

From 2018 until 2020, after arduous methodological preparation work, a total of 19 in-depth interviews were conducted with women who lived in the province of Río Negro through the last civic-military dictatorship and who suffered some kind of physical, psychological, workplace or other violence caused by the security forces. In an attempt to express the greatest possible territorial representativeness, conducting interviews involved traveling three times (to Cipolletti, Bariloche and Puerto Madryn). The remaining interviews were carried out in the cities of Viedma and Balneario El Cóndor.

One of its most important achievements was the recovery of these voices that had been made invisible.

The interviews were semi-structured and specifically designed to investigate not only the particular experiences of women in the manner in which they lived during the last dictatorship, but also from a gender perspective, in a broader approach to their life trajectories as women.

To do this, the questionnaire was inspired by the topics addressed in the workshops of the National Meeting of Women (Encuentro Nacional de Mujeres - ENM). The ENMs have been held annually in Argentina since 1986 and are characterized by bringing together thousands of women from all over the country (since 2015, they have had a minimum attendance of 50,000 attendees). For three days, the women, organized in numerous workshops, debate the most diverse topics that are of interest to the feminist agenda, and close the meeting with a great mobilization for their demands. From the list of workshops for 2017, we collected the topics under ten tags: 1. "Women and education / profession / free time;" 2. "Women and work;" 3. "Women, families, and care;" 4. "Women, body, and health;" 5. "Women, partner, and sexuality;" 6. "Women and violence;" 7. "Women prisoners / detention of a relative;" 8. "Women and migration;" 9. "Women and religion;" and 10. "Women and feminisms."

In a second stage, the interviews were recorded and transcribed in order to later be codified. Based on this selection, we carried out one last step, which we have called “textualization,” which consisted of developing a textual reconstruction of those previously selected fragments of discourse. The format and code of the texts were also unified to achieve greater uniformity in the final product.

Mariana Rulli is a professor at the National University of Río Negro and is part of the Interdisciplinary Center for Studies on Rights, Inclusion and Society (Río Negro, Argentina).

Lucía Zanfardini is a postdoctoral fellow of the National Research Council Scientific and Technical Studies at the Interdisciplinary Center for Studies on Rights, Inclusion and Society (National University of Río Negro, Argentina).