We need to collect more and better data and explore how gender equality is engaged at different stages of the procurement cycle. 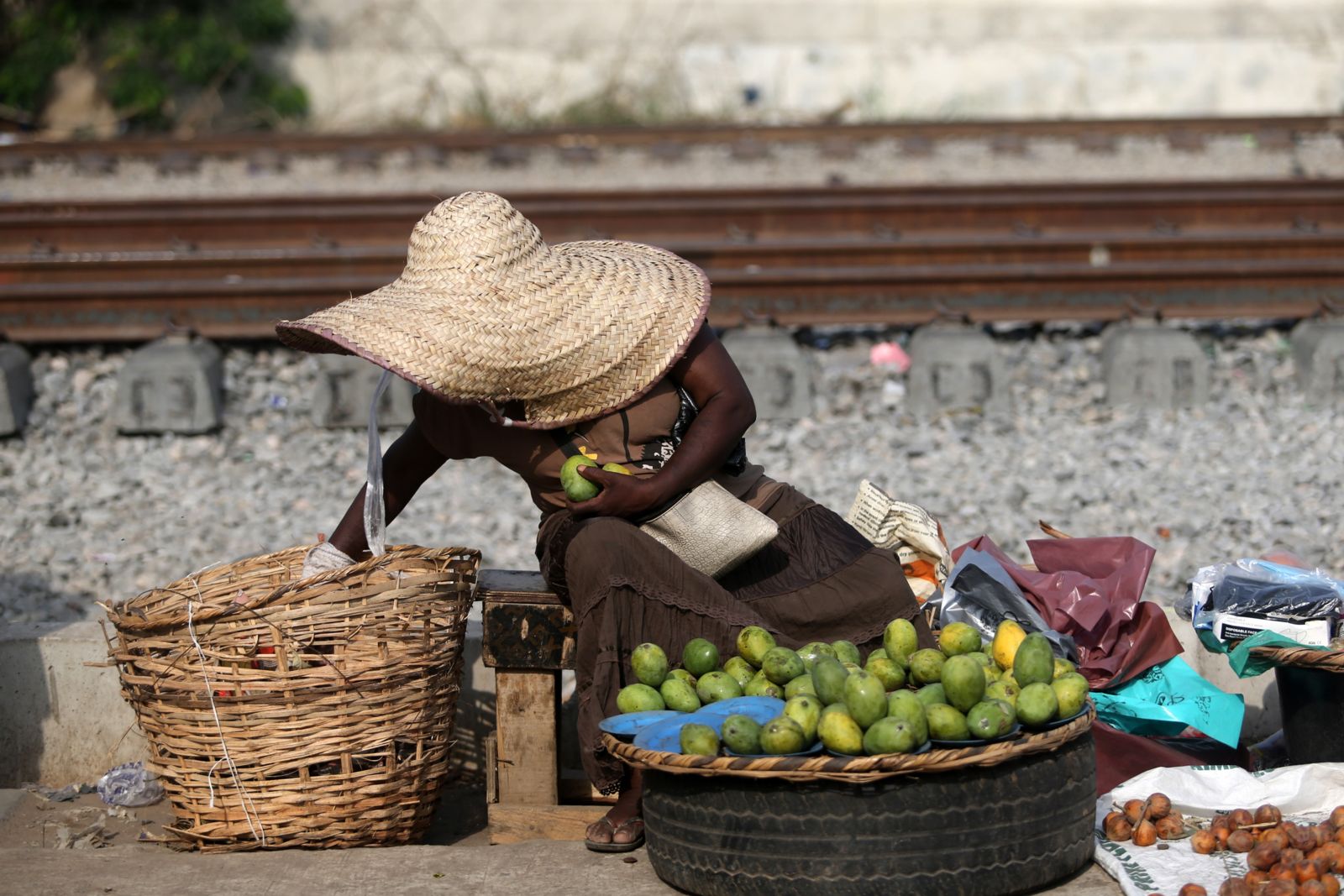 A woman selling mangoes in a tray waits for customers as she shields herself from the sun with a locally made cap along a road in Oshodi district of Lagos, Nigeria, 08 March 2021. The International Women's Day (IWD) is observed worldwide on 08 March every year as a celebration of women's social, economic, cultural and political achievements and raise awareness on gender equality. EFE/EPA/AKINTUNDE AKINLEYE

In recent years, public procurement has increasingly been recognized as a means for states to fulfil their human rights obligations and to realize the Sustainable Development Goals. In addition, an increasing number of international organizations, including UN Women, the World Bank, and the African Development Bank have recognized the power of procurement to achieve gender equality. For progress to accelerate we need to collect more and better data and explore how gender equality is engaged at different stages of the procurement cycle.

Public procurement refers to the process by which public authorities, such as government departments, local and municipal authorities, and state-owned enterprises purchase work, goods or services from businesses. Public procurement accounts for 15-20% of global gross domestic product across OECD countries and in 2021 the global value of public procurement was estimated to total USD $13 trillion. As mega-consumers, public procurers have the purchasing power to set standards that can shift markets to ensure that suppliers respect gender equality.

Public procurement provides a mechanism for states to enforce existing laws and policies in areas like labor standards, human trafficking, child protection, and reducing inequality. For example, in 2018, Australia, Canada, New Zealand, the UK, and the USA adopted four Principles to Guide Government Action to Combat Human Trafficking in Global Supply Chains. The UK’s central procurement agency has designed a template contractual provision to combat human trafficking for public procurers to use. However, data on how often this template is used and what impacts this approach has had on human trafficking is not made public.

Another means of utilizing public procurement to promote equality is to favour specific types of businesses in sectors where women are predicted to see benefits, such as small-scale farmers and indigenous businesses. Brazil’s Act No. 11.947 of 16 June 2009 provides that a minimum of 30% of the financial resources transferred by the federal government to states and municipalities in order to implement the National School Feeding Program, now covering more than 49 million children, must be used to buy food sourced from family-based farms, including indigenous communities, Quilombolas (descendants of Afro-Brazilian slaves), and beneficiaries of land redistribution programs.

As reported by Marília Leão, in Brazil, “women are the most affected by extreme poverty, illiteracy, health system failures, conflicts, and sexual violence. The work of women family farmers and peasants, who are known to contribute significantly to the production of food for the population as a whole, is also invisible and these women are strongly discriminated against”. This program is generally credited with improving the standard of school meals and providing family-based farms with increased income.

Utilizing public procurement to contribute to women’s economic empowerment is an approach that international organizations, such as UN Women, have championed and supported through guidance. Despite this, the WTO reported in 2019 that only 9% of the 77 members under review had policies in support of women's empowerment. Yet even in countries leading the way, there is a missed opportunity when it comes to data collection.

In 2008, the Dominican Republic adopted a law setting out a program of preferential purchasing to support small and medium-sized enterprises (SMEs) and legislated that 20% of purchases through this program should be from businesses run by women. In 2012, the first female Director at the central procurement agency, Dr Yokasta Guzmán, introduced initiatives to encourage women to register as suppliers and set a target that 5% of all government contracts should go to women-owned businesses. In 2020, the Dominican Republic Government reported that “between 2012 and 2017 the number of women suppliers on the DGCP database grew from 2,000 to 15,000” and that “by 2019 a fifth of government contracts, totalling RD$20bn (US$350m) went to women.”

As demonstrated in these two examples, a focus on women’s economic empowerment has led to

data on dollars and growth. However, to see how these initiatives have been successful in achieving gender equality there needs to be a greater focus on other forms of data, including impacts.

It is possible to collect data on impacts. A World Bank rural roads project in Peru mainstreamed gender in such a way that they could report that “new, enhanced mobility options allowed more women to access essential services, markets, and opportunities. With easier and faster access to education and healthcare, school registration increased 19.2%, while the number of health consultations went up 17.8% in the communities that benefited”.

First, data should be collected and made publicly available on how many procurement exercises are currently used to realize gender equality. For example, what percentage of procurements in a jurisdiction include a gender equality focus or at what stages of the procurement cycle are targeted requirements introduced. With the adoption of SDG indicator 12.7.1 on sustainable public procurement in 2020 and a focus on procurement at the High Level Political Forum in 2021, we may see developments soon.

Second, national level indicators should be developed and updated on a regular basis, depending on what progress has been achieved. Good structural, process, and outcome indicators should help produce better data to demonstrate how procurements can help realize human rights and gender equality in practice. Understanding the key human rights risks in the value chain and the needs of rights-holders (including end-users) can guide the development of meaningful indicators.

Taking such steps would provide a powerful contribution to understanding how procurements impact  human rights and gender equality in practice, as well as opening opportunities to further utilize public procurement to contribute to gender equality.

Daniel Morris is a human rights adviser working on public procurement and human rights at the Danish Institute for Human Rights. He authored the 2020 publication: Driving Change Through Public Procurement: a toolkit on human rights procurement policy makers and practitioners. Follow him on twitter at @DMHumanRights