Changing the focus from a human-centric approach to human rights will help the movement advance on environmental agendas with an inter-species recognition. 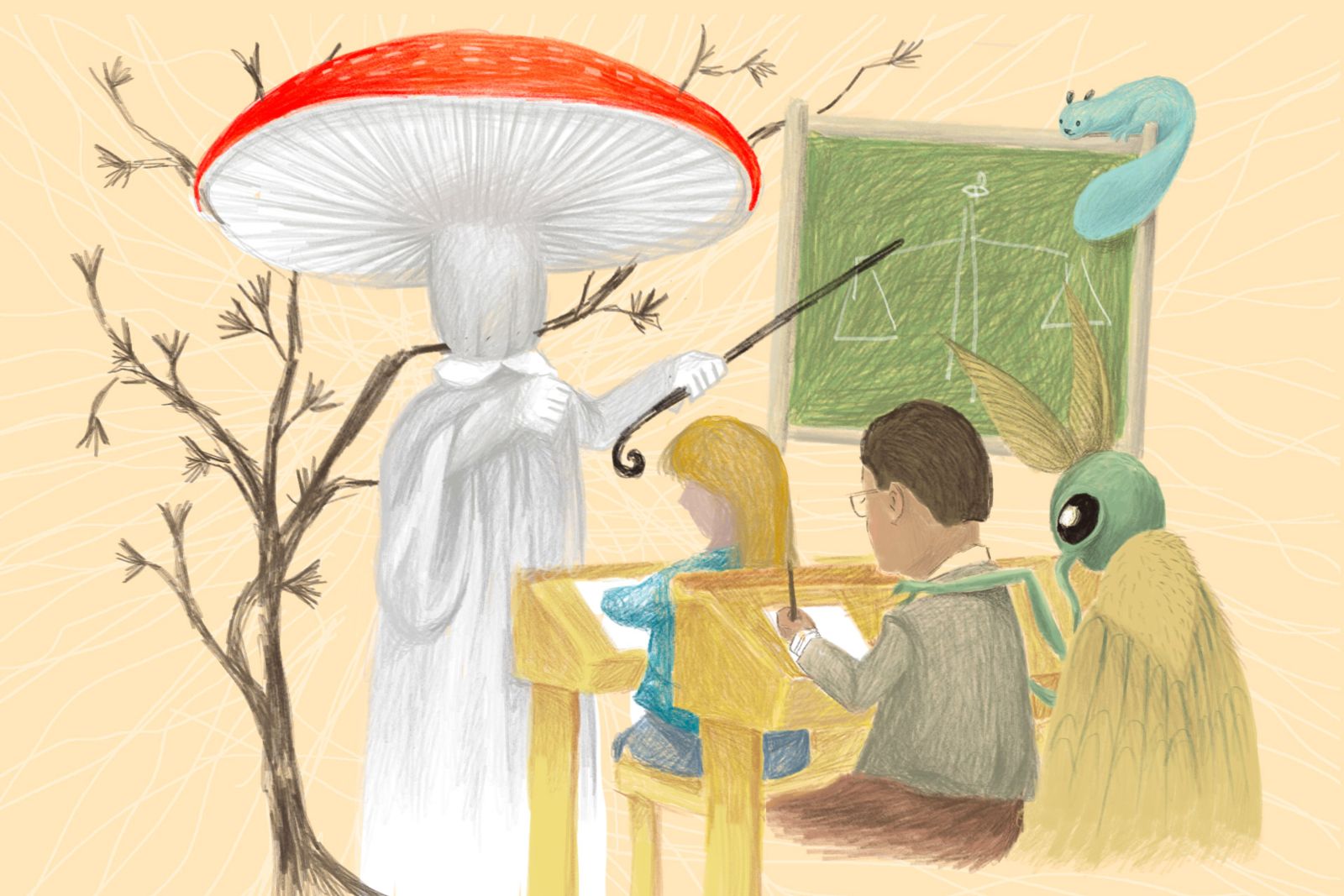 The recent UN General Assembly’s historic recognition of the right to a healthy environment and the proliferation of rights of nature legislation and jurisprudence are not isolated developments. On the contrary, they are part of a broader interest in charting a new relationship with nature which is evident in many fields, from the sciences to the humanities and arts to culture and spirituality.

I believe that this “ecological turn” poses one of the most potent challenges and offers some of the most promising responses to the shortcomings of human rights concepts and practice. If we are to fully embrace the potential of this paradigm shift, we would do well to follow the lead of the scientific fields that Richard Powers has eloquently called the “humbling sciences”—ecology, botany, ethology, mycology, microbiology, geology, chemistry, and other natural sciences—that are effectively blurring the categorical distinction between humans and non-humans, as well as challenging the anthropocentrism and human supremacism that has dominated fields like human rights. In so doing, the humbling sciences are joining the much older claims of Indigenous cultures that are based on the inseparability of humans and nature and are couched in a “grammar of animacy” that recognizes human and non-human life and agency alike.

Evidence of the ubiquity of the interrelationships that characterize the more than human world is everywhere. Equipped with sensors and A.I. technologies, scientists eavesdrop on conversations among whales, birds, bats, and mole rats in order to decipher their languages and attempt to talk back to them. Botanists like Suzanne Simmard cleverly catch the messages that trees send to each other through mycelial networks. Microbiologists are busy tracking the multitudes we contain – the microbes that inhabit our guts, skin, and scalp and that outnumber our “human” cells. Mycologists have embarked on a new global cartographic mission, the first one to map underground fungal networks. Other scientists are concocting ingenious devices to peer into other animals’ worldviews.

The ecological turn postulates the deep entanglement between species, to the point of blurring the boundaries between individuals and between them and their surroundings. These are the “entangled lives” that mycologist Merlin Sheldrake has written about to capture the interpenetration between plants and fungi, or between the algae and fungi that make up lichens, or between human cells and the countless microbes that inhabit us. “We are ecosystems, composed of—and decomposed by—an ecology of microbes,” he concludes. “Symbiosis is a ubiquitous feature of life.”

If biology has become ecology, if individuals are ecosystems, where does that leave human rights, which arose to protect individual homo sapiens? What novelties and what surprises would it bring to embed human rights in the more than human world? This is the project that I have proposed calling more than human rights (MOTH). Starting with this blog, OGR will be publishing periodic contributions to this collective endeavor, which is curated by the Center for Human Rights and Global Justice and the Earth Rights Advocacy Clinic at NYU School of Law.

For now, suffice it to note that the ecological turn would require concepts and metaphors different from those that have dominated human rights. When the 1789 French Declaration of the Rights of Man and the Citizen stated that “the end in view of every political association is the preservation of the natural and imprescriptible rights of man,” it affirmed a double cleavage: between self-contained (human) individuals and between human nature and the rest of nature. (Of course, the distinction between the rights of men and women was a third cleavage that was present at the time of the Declaration but has since been largely overcome in human rights law, if not in practice).

This “ecological turn” poses one of the most potent challenges and offers some of the most promising responses to the shortcomings of human rights concepts and practice.

Since then, the concepts and metaphors of the human rights field have not come from biology, let alone ecology. The language of rights has been that of liberal philosophy and jurisprudence and of the social sciences, where rights are seen as individual entitlements that protect specifically human interests against abuses by governments and other individuals.

The second line of recent studies and discussions that should lead us to reconsider the conceptual foundations of the rights project has to do with the capabilities that have been used to support a hierarchical order placing humans above non-humans. From the Greeks to the present day, through the Cartesian view of animals as machines incapable of thinking or feeling, the emphasis of anthropocentric thinking has been on the differences and hierarchy between humans and non-humans. Capabilities such as intelligence, learning, consciousness, sentience, and language have been invariably defined in terms of their human manifestations and used to reaffirm a hierarchy of life with homo sapiens at the top, followed by primates, then by other animals, and down to plants, fungi, and the rest of nature. As this great chain of being descends, the moral consideration given to occupants of each echelon steadily decreases.

Traditionally, the human rights project has implicitly or explicitly held tight to this great chain of being and the human supremacism that it entails, as philosopher Will Kymlicka has convincingly argued. In recent decades, animal rights theorists like Kymlicka and Martha Nussbaum have mounted a powerful challenge against this view and have sought to conceive of “human rights without human supremacism.”

The ecological turn in Western science and other fields provides a wealth of evidence in support of this move. The aforementioned lines of inquiry on animal communication and perceptual worlds have questioned humanity’s monopoly over intelligence, consciousness, language, and other capabilities. However, other fields of knowledge go beyond “higher” animals. Botanists, mycologists, and other scientists are busy documenting how organisms such as plants, fungi, and slime molds solve problems, learn, or communicate with each other and the external world. Whether those skills qualify as intelligence depends on how one defines intelligence, a category that is now being actively debated.

As Sheldrake asks, “biological realities are never black-and-white. Why should the stories and metaphors we use to make sense of the world—our investigative tools—be so?” In the same vein, why should the concepts that we use to draw the line between rights-holders and the rest of nature follow the binaries that separate humans and animals, higher animals and other animals, and animals and the rest of nature?