Most development and funding organizations are adapting to shrinking space rather than challenging it, but is this trend inevitable?

A healthy civil society has been at the center of many human rights achievements and related progress in the developing world over recent years: access to education, healthcare, environmental improvements, and debt relief, to name a few. A free and open civil society is critical to hold governments to account and to deliver on goals of better equality and poverty reduction. Yet in recent years, there has been an alarming rise in restrictions on civil society’s ability to operate, especially in developing countries. This is happening via a range of government measures, from constraints on freedom of assembly to imposing excessive red tape and limitations on NGOs receiving funding from foreign donors.

For international development funders, including INGOs, these restrictions can seriously impede their ability to support local organizations, undertake advocacy work, or even implement basic service delivery programs. But a survey and series of interviews undertaken in 2016 by the European Foundation Centre suggests that while international development and humanitarian funders and INGOs are aware that closing civil society space is a problem, many do not see this as a fundamental threat to their overall missions and actions. EFC did in-depth interviews with twenty-five organizations funding development and humanitarian work around the world, either as philanthropic foundations or as intermediary NGOs. Focusing on five countries in Africa and Asia—Cambodia, Ethiopia, Kenya, Pakistan and Sierra Leone—these discussions provided a diverse picture of how shrinking civil society freedoms are currently affecting their programs. Staff at these organizations testified that their own experiences are centered around the challenges presented by growing foreign funding restrictions, tighter reporting requirements, and bank de-risking. 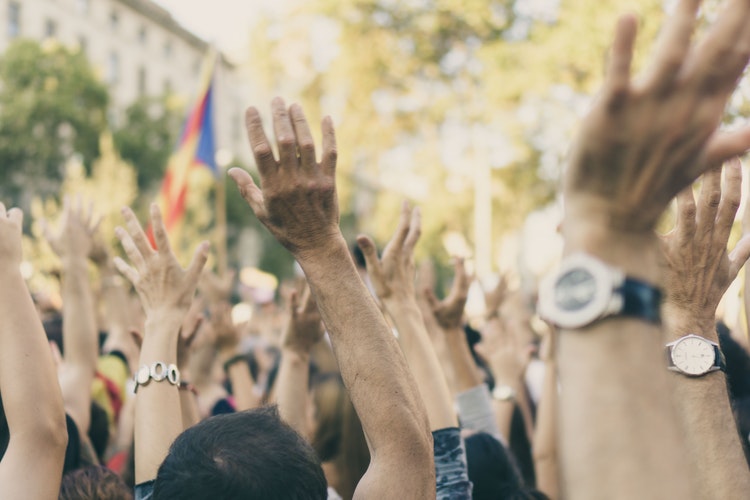 NGOs need to be aware that closing society civil space is a problem and stand up to the boundaries it enforces on their mission and outreach.

This information is now part of a one-year collaboration between the EFC and the Funders’ Initiative for Civil Society (FICS), which involved different types of funders and actors who participated in roundtables and interviews to devise effective, possible responses to reverse this worrying trend.  The final paper from this project is complemented by blogs from several experts, focusing on their particular responses to the closing space via alliance-building and engagement in country-specific contexts.

Only a small number of philanthropic development organisations engage in advocacy to challenge shrinking space; most do not.

One the primary concerns highlighted by this collaboration is that many international philanthropic foundations and INGOs appear to be taking an “adaptation and mitigation” approach to constraints on civil society space. Only a small number of philanthropic development organisations engage in advocacy to challenge shrinking space; most do not. Instead, the “new normal” is simply to re-configure grant programs to ensure that they do not fall afoul of new national laws; others are changing organizational structures or reducing the scope of their work overall; or, they are limiting partnerships and maintaining a distance between the more outspoken spectrum of development and human rights actors. As a last resort, funders and INGOs are making the painful choice of pulling out of difficult operating environments altogether. When this happens, local civil society is left bereft of critical resources to do their work, resulting in a smaller, deflated and ultimately less effective civil society to underpin development.

While conciliatory actions aimed at respecting increased regulatory demands in order to maintain access to a country may seem sensible, our report suggests that they can do the reverse and in fact can harm development aims. Development organizations have had to accept that certain forms of intervention (often involving rights-based work) will not be politically tolerated by certain governments. In some countries funders/NGOs have had to restrict their operations to particular areas, and close down programs in sensitive regions. For example, since the Ethiopian Charities and Societies Proclamation in 2009, many resident NGOs ended their projects and advocacy activities related to human rights, free legal aid, election observation, human rights education, conflict resolution between ethnic groups, women’s and children’s rights and re-oriented their objectives towards development issues and capacity building.

Another extremely worrying aspect of the move to silence civil society advocacy is that, in some countries, NGO staff and local partners are increasingly subject to intimidation, harassment and violence. This is often either sanctioned by state security apparatus, or simply allowed to happen without fear of reprisal. One illustration of this is in Sierra Leone, where CSO activists have on several occasions been victims of death threats and attacks on property. No official statements from the government condemning the threats and attacks have been issued.

Advocates must find potential ways forward for more strategic, concerted cross-sector action and engagement from international funders and development and humanitarian actors. For example, coordinating international development funders’ responses in conjunction with those working on the front-line of human rights, or working through international platforms like the Sustainable Development Goals or the Open Government Partnership to defend the value of civil society space for development. Concrete actions for international funders or INGOs must create more effective support for a more diverse local civil society, with domestic philanthropic support to underpin it.

Potential ways to achieve this include more flexible grantmaking to assist less formalized activist groups and social movements, or investing in local philanthropic networks to ensure domestic backing. For example, some groups that can no longer work in mainland China continue to support programs in that country through Hong Kong-based offices, and there are cases where donors have allowed projects to ‘freeze’ when organizations were under threat, without budget implications. Local groups confronted with new threats and opportunities in relation to civic space also need the possibility to reorient funds as needed.

Leaving the defence of civil society space in developing countries to a handful of actors on the ground is unlikely to be sufficient. Of course, approaches will differ greatly from country to country and oppositional or advocacy measures may not always be the best way to approach the challenge of closing space. Appropriate strategic responses should be agreed jointly with domestic and international partners wherever possible.

The current trend is not an inevitable trajectory, but it could remain if granting organizations do not pay more attention to the issue of closing space and develop stronger responses, aside from merely adapting to the growing list of restrictions. Without an intensive effort to push back against closing space, development interventions will become progressively less effective at assisting those living in poverty.