It is in uncertain times—like the aftermath of the Brexit vote—that we need human rights the most.

My country feels unmoored since the EU referendum decision. Prime Minister David Cameron has announced his resignation, the main political parties are internally divided, the markets volatile. What will happen next is unclear and people are anxious about the future.

After a divisive contest in which curbing immigration and “taking back the country” were major themes for those leading the “Leave” campaign, the UK has seen a worrying rash of xenophobic incidents against ethnic and religious minorities and those perceived as citizens from other EU countries. It is vital that those incidents are met with firm political condemnation, as David Cameron and London’s mayor have done, and an effective police response. And it is pivotal to do more to prevent such attacks.

In uncertain times like these, human rights are more important than ever. The government must fully enforce rights such as equality under the law, and protection from discrimination and violence. Protecting these rights will help to ensure that whatever way the UK moves forward, it will do so in a way that is consistent with its values.

Let’s be clear—there is nothing un-British about human rights. On the contrary. Winston Churchill helped inspire the European Convention on Human Rights, our region’s landmark rights treaty, in the aftermath of the Second World War. British conservative politician David Maxwell Fyfe was one of its primary drafters, the UK was the first country to agree to be bound by it, and many of the core rights in the convention reflect long-standing principles of English law.

Now, instead of being celebrated, many critics are blaming that law—the Human Rights Act—as well the Convention itself for many ills. These critics object to rules that make it harder to deport foreigners—when convicted of criminal offences—who have strong family ties in Britain. They’ve also raised objections to a European Court ruling against the UK’s blanket denial of voting rights to prisoners. 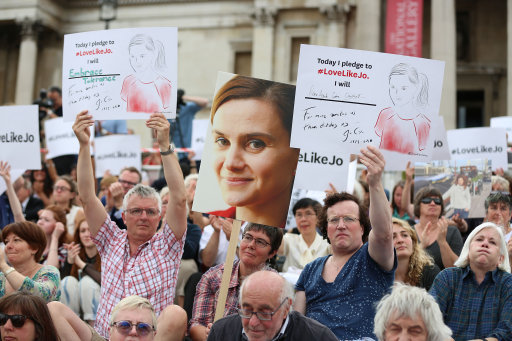 The current UK government pledged in its 2010 manifesto to scrap the Act and replace it with a British Bill of Rights. And during the EU referendum campaign in April, Home Secretary Theresa May said she wanted to see the UK leave the Council of Europe, the regional body that, amongst other things, guards the European Convention and is entirely separate from the European Union.

The political chaos that has followed the EU referendum result and the energy that will be needed to resolve it make neither development likely in the short term, but that is no cause for complacency. Those who pushed for the UK to leave the EU may now see leaving the Council of Europe and denouncing the Convention as a real possibility too.

It’s time for those in the UK who believe in the value of human rights, to draw a firm line and ensure their voices are heard.

The consequences of leaving the European Convention, its Court and the Council of Europe would have repercussions for the human rights of every person living in the United Kingdom and also across Europe. It would be a blow to the European Court of Human Rights, an institution to which millions of people in other countries, like Russia and Turkey, look as their only chance for justice.

In addition, replacing the Human Rights Act with a British Bill of Rights is unnecessary if it protects the same rights, and would contravene the UK’s international human rights obligations—including UN treaties—if it weakened them. It could also undermine the Good Friday agreement that underlies governance in Northern Ireland and the devolution settlement for Scotland.

It’s time for those in the UK who believe in the value of human rights, including many in Parliament, to draw a firm line in the coming months and ensure their voices are heard—making clear that those moves would further weaken and damage the UK and those who live here.

More immediately, human rights need to guide the policy response and the political debate about what comes after the EU referendum.

When school kids who don’t have British passports or whose parents are from other EU countries don’t feel welcome. Or when a Welsh Muslim woman who is a British citizen and campaigned to “Leave” is told to "pack her bags and go home". When leaflets are handed out reading “No More Polish Vermin”. When the popular MP and “Remain” campaigner, Jo Cox—who defended diversity and refugee rights—is shot dead a week before the vote and the accused has alleged links to neo-Nazis. At moments like these, responsible politicians from all parties need to take a firm stand for basic rights and against discrimination.

In these unsettled times, we need the compass of human rights—of equality, dignity and respect—more than ever. Now it is our collective task to make sure that our values as articulated in Churchill’s vision are protected.