Public perception on human rights in the Middle East can provide important insights on state building. 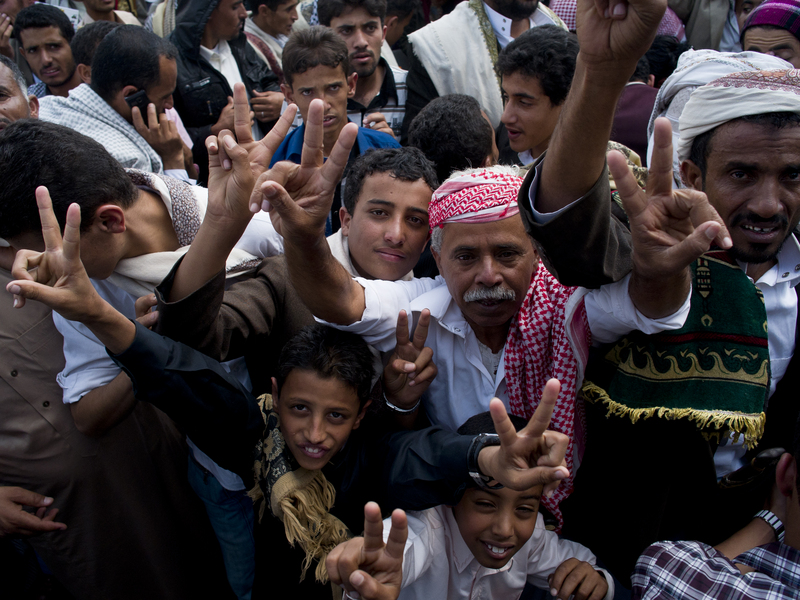 Protesters call for democracy and a change in government in Sana'a, Yemen.

One of 12 indicators examined by the Arab researchers explored perceptions regarding human rights. Responses to 11 survey questions made up the score for this indicator. Tunisia, the most successful Arab Spring country, emerged with the highest score and Yemen, one of the least successful “Arab Springers”, came last. Iraq and Palestine were second and third respectively. Findings show that countries with higher scores for human rights also had higher scores for trust in security services and positive evaluations of the justice system. A positive correlation existed between the three variables: the higher/lower the score for human rights, the higher/lower it was for the other two.

But in addition to experience/victimhood, what else drives attitudes regarding human rights conditions? Analysis of the data shows that two drivers play a fundamental role in shaping those attitudes: perceptions of one’s own safety and security and one’s own political and sectarian affiliation. Findings show strong interaction between these two drivers, reinforcing each other’s’ effect. A positive correlation exists between all three variables: the more positive a respondent was regarding human rights conditions, the more likely he or she felt safe and secure, and the more likely he or she was a member or supporter of a ruling party, faction, or sect.

The implications of this are clear: those who are interested in effective state building must address these two critical impediments to good governance: political exclusion and insecurity. Security sector reform must ensure the creation of professional services, removing them from the quagmire of factional or sectarian politics. Only a more professional security sector is able to address public concerns about human rights. While security is more difficult to ensure in an environment of political instability—such as Iraq, Yemen and Palestine—political inclusion ensures that all citizens, loyalists and opposition alike, share in the burden. Today, those in the opposition feel the most insecure and feel negatively about human rights in their countries. If they continue to be ignored, instability and unrest will persist. And if that happens, building a cohesive and democratic state where all citizens enjoy equal rights will never be achievable.

Khalil Shikaki is the Director of the Palestinian Center for Policy and Survey Research in Ramallah, Palestine.