Experience of intense combat not only turns Israeli soldiers against conflict resolution, it can also spur them to become anti-occupation activists.

Combat service generally turns Jewish Israelis against peace negotiations and human rights organizations, finds a fascinating study by Devorah Manekin, Guy Grossman, and Dan Miodownik. Their finding has important implications for those who are working for a just solution to the Israeli-Palestinian conflict.

The researchers queried a large sample of former soldiers on their attitudes towards Palestine and human rights organizations operating in Israel, and on territorial compromise and reparations – issues that are pivotal to the peace process. It turned out that those who had experienced intense, face-to-face combat, were far less supportive of the conflict resolution process, showed a more aggressive attitude towards Palestinians, and disapproved of human rights organizations. Many former soldiers maintained such positions even years later.

The authors do not make policy recommendations or draw normative conclusions, but noted that “in the Israeli context, it suggests that mandatory conscription has had far-reaching political effects that are not yet well documented or understood.”

It is worth taking the time to think about the possible implications of their findings. 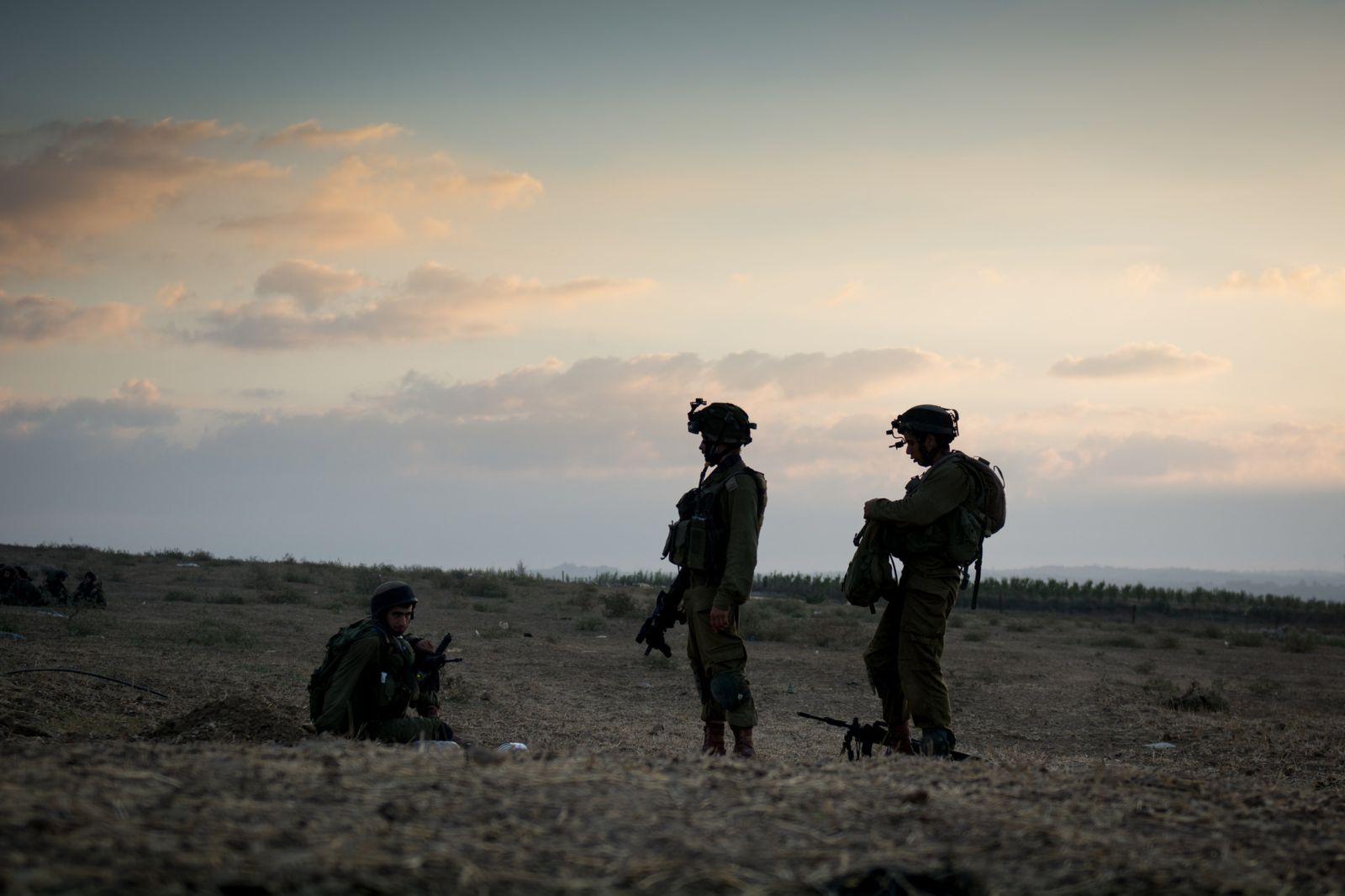 Israeli soldiers rest and prepare for combat operations near the Gaza border.

The simplest take-away could be to conclude that intense, face-to-face combat is an obstacle to peace. Efforts should be made to prevent soldiers from experiencing intense fighting. States should be deterred from sending soldiers into violent combat situations.

But perhaps this conclusion is too hasty. A look at the full range of research on Israeli military service and its relation to conflict resolution shows that the experience of Israeli soldiers facing violent combat is full of contradictions, and presents serious dilemmas.

For example, my own research with Israelis who refuse to continue military service shows that intense combat experiences—including witnessing and participating in violence against Palestinians—led many to become conscientious objectors. That is, if they had not been involved in face-to-face combat, they would never have experienced the shock to their conscience that spurred them to action. They would not have suffered imprisonment and public judgment and would have instead continued to contribute to the occupation and violence against Palestinians.

Guy Grossman, one of the paper’s authors, was himself a conscientious objector, and his testimony regarding his refusal confirms that combat experiences contributed to his decision.

The refusal and subsequent activism of former combat soldiers, in organizations such as Courage to Refuse and later Combatants for Peace, have brought significant public and international attention to Israeli human rights violations, as well as to the moral toll on soldiers engaged in practices of occupation.

So, on the one hand face-to-face combat makes most Israelis anti-peace, but it has also been crucial in spurring some of them into becoming anti-occupation dissidents. Though the latter group is far smaller, their public importance might be considered far higher.

Ongoing research on the increasing role of technology in military operations and its damaging effects on a soldier’s empathy, also complicate the implications of the article’s findings.  As technology becomes more sophisticated, the need for hand-to-hand combat will continue to decrease. Instead, drones and satellites are deployed, and attacks are launched from hundreds or even thousands of miles away, in a quiet room full of screens, where the effects of the violence are barely observable.

Many have pointed out that actual killing is becoming indistinguishable from video games, and point to the problematic ethical consequences of these developments. Essentially, not having to experience combat, not having to look the ‘enemy’ in the eyes, makes killing morally easier. Hence, while combat might make people politically aggressive, eliminating combat experience might make people apathetic to the suffering of those on the other side.

The article is ultimately about the long-term political effects of violence between Israeli soldiers and Palestinians. The findings might imply that experiences of face-to-face violence could lead to a more hawkish society. But a certain subset of the Israeli left argues that this outcome might actually be desirable for long-term peace prospects. An ongoing debate on the left asks whether human rights organizations actually do more harm than good. (It is often a conversation held within human rights organizations, whose members are generally very aware of the potential and actual pitfalls of their activism.)

Although it sounds counter-intuitive, some claim that efforts to eliminate the most intense violent encounters between the military and Palestinians actually serve to create a more ‘humane occupation’, enabling the Israeli military and state to further strengthen their control of the Palestinian territories and its population.  Should the military be given free reign, the resulting violence would shock the conscience, stirring Israelis and the world to action. Therefore, while intense violence might make soldiers less inclined to conflict resolution, low level violence might enable the occupation’s status quo.

When we look at the article’s findings in the context of related research and ongoing debates in activist communities, we find a paradox surrounding the political effects of violence in the Israeli-Palestinian conflict.

Without a doubt the experience of intense violence is a compelling force, for perpetrators, victims, and witnesses alike. What we can conclude is that it is also a point of political polarization, compelling some to reject peace initiatives and others to fight for them. We are left to ask which effect is greater.