The Mexican State failed in its obligation to guarantee access to human rights for millions because it did not have a sufficient social security infrastructure and did not react with due diligence. 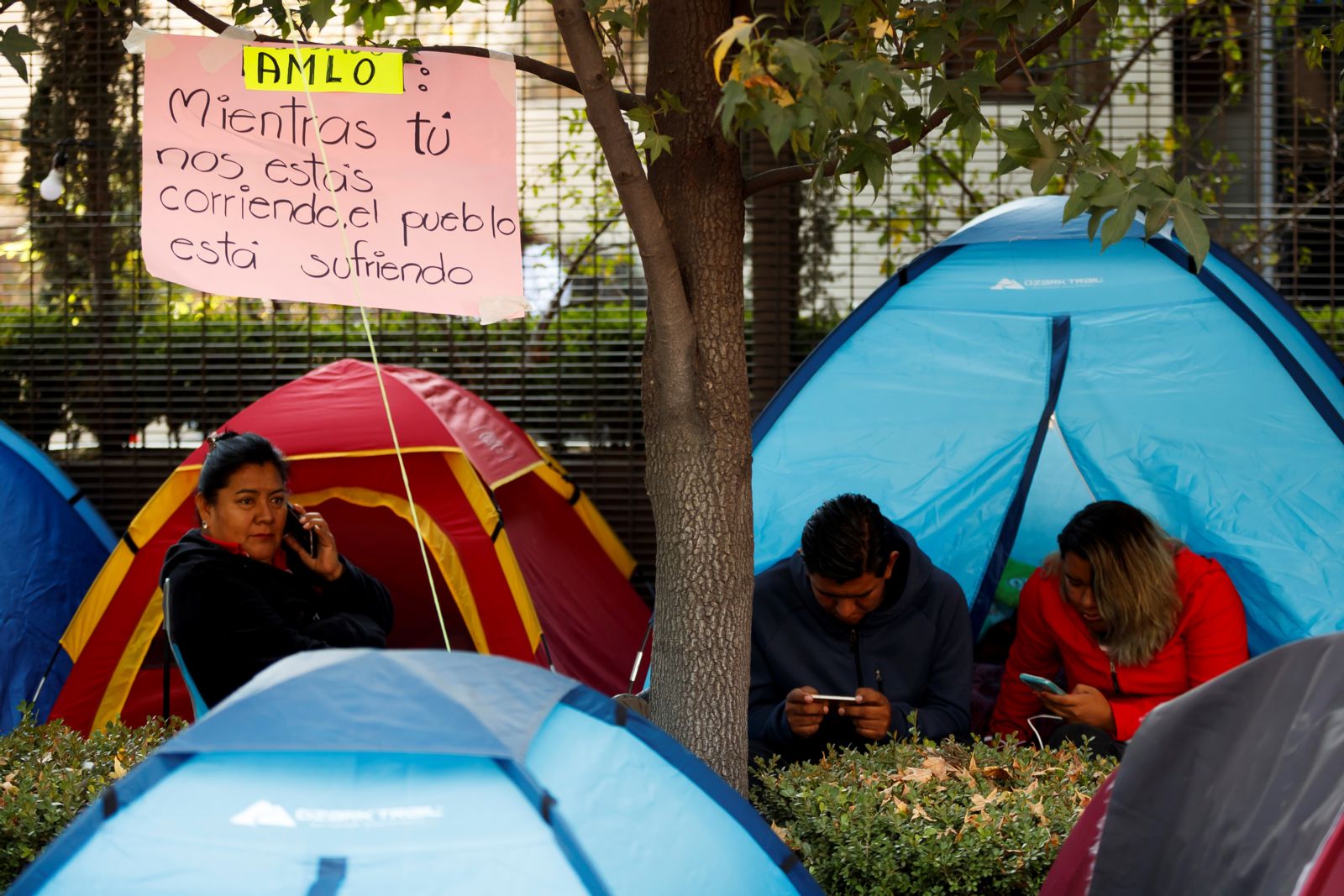 Workers of the defunct Seguro Popular staged a sit-in before the National Institute of Health and Welfare (Insabi) in January 2021 after they were let go without the possibility to be rehired. EFE / José Méndez

From the start of the covid-19 pandemic, it was clear that the world's governments faced a difficult paradox: to try to protect the rights to life and health of millions of people and prevent the collapse of their health systems, they had to implement severe measures of "social distancing" that would massively affect the exercise of Economic, Social and Cultural Rights (ESCR).

A survey conducted in November 2020 in Jalisco, Mexico, by researchers from ITESO, the Jesuit University in Guadalajara, documented this situation. The results lead to the conclusion that the exercise of ESCR in countries with a weak and inoperative social security infrastructure, such as Mexico, is highly dependent on employment and income. In these contexts, it is not the action of the State that guarantees the validity of rights, but the actions of people and their family and social support networks.

At the end of March 2020, the Government of Mexico established the suspension of “non-essential” activities in the country. This measure - the central action of “social distancing” - implied the closure of a large part of the country’s economic activity. Almost 9% of the people who contribute to household income in Jalisco lost their jobs. About half of them found another job starting in the summer, when the economy began to recover, after authorities began to lift restrictions on "non-essential" activities. Another quarter managed to find another source of income. By November 2020, however, about 25% of those who lost their job had not found another or an alternative source of income.

For their part, people who kept their jobs suffered cuts in the number of working hours: 36.9% worked fewer hours per week than before the pandemic and lockdown. The survey documents that this affected the lowest-income families in Jalisco the most.

The results lead to the conclusion that the exercise of ESCR in countries with a weak and inoperative social security infrastructure, such as Mexico, is highly dependent on employment and income.

This combination of job loss and reduction of hours worked generated a dynamic that led to more than half of Jalisco's families to lose, on average, 43.2% of their income. A considerable number of them lost more than 60% of what they used to receive before the pandemic.

The consequences of this process of loss of employment and income were very costly for the majority of households in Jalisco, which faced severe difficulties in maintaining access to goods and services related to ESCR.

Students from more than 50,000 households, particularly the poorest, dropped out of school. On the other hand, pre-existing conditions, particularly in terms of access to the internet and digital devices, meant that students from hundreds of thousands of homes were unable to exercise their right to education in optimal conditions during virtual classes: 27.6% of households with students did not have access to the internet with the necessary connectivity and just over half (52.5%) did not have enough digital devices. Once again, the most affected households were those of low socioeconomic status

Almost half of households were concerned that food was running out, and the number of people who reported running out of food, consuming less than recommended standards, or stopping healthy eating increased.

The guarantee of the exercise of human rights is an obligation of the State, not of the relatives or friends of people who do not have sufficient income or access to social security.

Only two out of every 100 households in Jalisco had to change residence. However, three out of every ten households had difficulty paying their rent or home loans and almost twenty out of every hundred were left without access to basic services such as water, electricity, gas or telephone because they could no longer afford them.

The governments (federal, state and municipal) did not react to this loss of employment, the generalized reduction in income and the resulting effects on access to ESCR: only 3% of households in Jalisco received government financial support. It was the families themselves who tried to react, and exhausted their savings, borrowed money from family or friends, or sold their assets.

During the pandemic, the three levels of government of the Mexican State failed in their obligation to guarantee access to human rights for millions of people because they did not have a sufficient social security infrastructure and did not react with due diligence. The guarantee of the exercise of human rights is an obligation of the State, not of the relatives or friends of people who do not have sufficient income or access to social security. The State must develop a robust social security apparatus and guarantee a universal basic income that enables the exercise of human rights for all people, regardless of their employment status and income, not only in extreme contexts, such as the pandemic, but permanently.

Carlos Moreno Jaimes is a research-professor at ITESO, Jesuit University of Guadalajara. His research focuses on the evaluation of public spending at a subnational scale, particularly in relation to the health protection system.