Putting respect for human rights at the heart of sport

Sport can unite and inspire, but it can have negative impacts too—a new Centre is bringing together key stakeholders to address the human rights risks of sport. 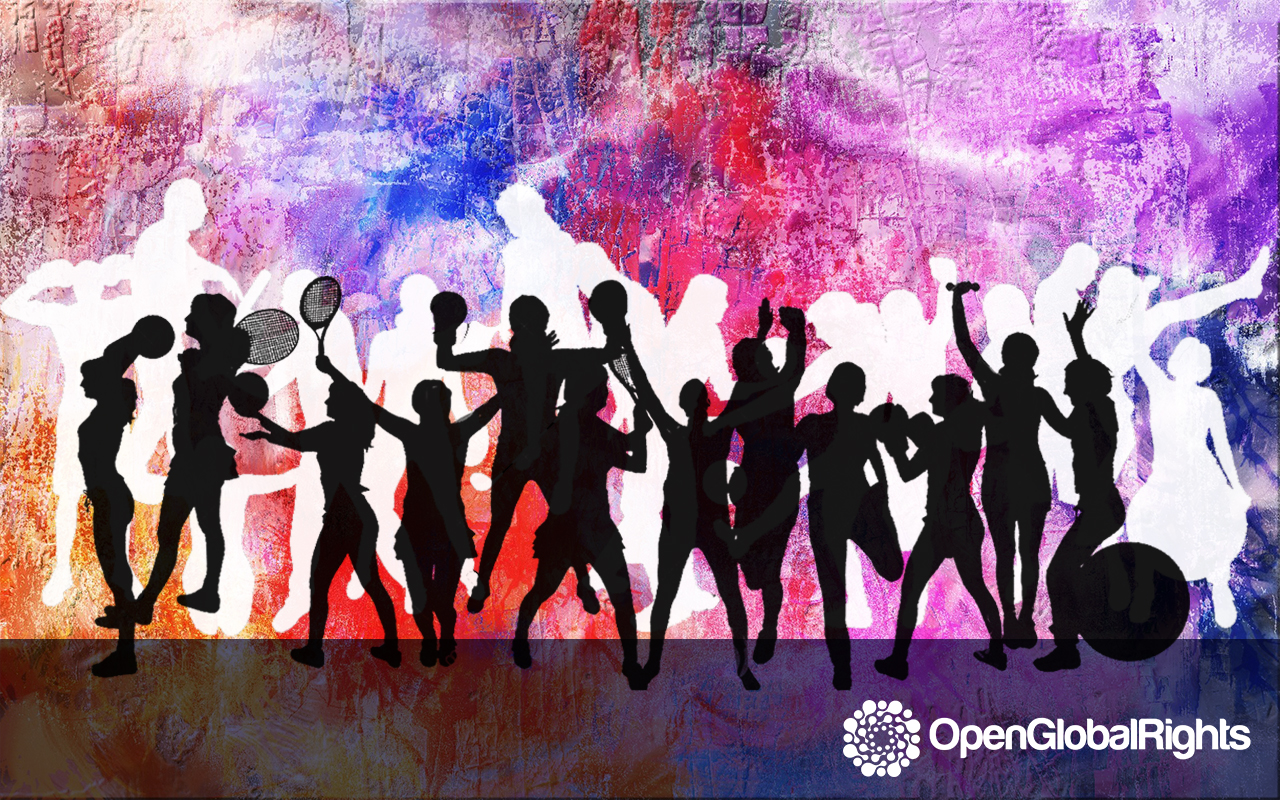 Sport can inspire. Sport can unite people across cultural divides and reinforce shared values of diversity, fairness and respect.

Sport’s popularity and power to effect societal change at all levels—from the grassroots to the hosts of international competitions - can’t be underestimated. The UN Human Rights Council has highlighted the role sport and major sporting events can play in promoting awareness of equality and non-discrimination. The 2030 Agenda for Sustainable Development also points to sport as an important enabler of development and peace.

Yet despite these and many other attributes, the world of sport doesn’t always produce positive outcomes. All too often, sport is linked with adverse impacts on people—on athletes and communities, on workers at events or in supply chains, and on fans who cheer for their teams.

At last December’s third annual Sporting Chance Forum, hosted on this occasion in Paris at UNESCO, the stories of those who have faced sport-related human rights violations were heard first hand. They included voices of young athletes that experienced sexual abuse perpetrated by coaches or others in positions of authority; workers building sporting facilities whose labour rights were violated during construction; those forcibly displaced to make way for the infrastructure; and fans and communities adversely impacted by harsh security and other public authority measures.

Addressing these and other human rights challenges implies significant and systemic change within the world of sport itself. Fortunately, there are some encouraging signs that reforms are beginning to take root. Historic policy commitments to ensuring respect for human rights have been made in recent years by some leading sports governing bodies (see for example, FIFA, the Commonwealth Games Federation, and UEFA), but many more have yet to acknowledge their responsibility to do no harm.

Such commitments are only a first step, though a crucial one. They must lead to a larger effort to embed human rights due diligence into every aspect of sporting events, as well as disseminate rights awareness into regional and country-level activities and actors, and into the culture of sport at large.

To do so requires an unpacking of human rights standards and legal commitments into principles that can be readily understood by all involved in the sport industry, along with concrete steps for action. In practical terms, as a starting point, that means showing those involved how human rights are impacted by sporting events or sport activity.

In my previous work to help form the human rights strategy for the United 2026 FIFA World Cup Bid, we worked with potential host cities in all three countries (Canada, Mexico and the United States) to identify what human rights impacts they may face from the time the decision was made to award the event until its completion. From there, workshops were organised to engage potentially affected groups, including those advocating for a range of fundamental rights such as decent working conditions, privacy rights, the rights of the LGBTQI+ community, persons with disabilities, and journalists, among others. These workshops generated practical recommendations that will shape how the United 2026 organizers will seek to prevent and mitigate the risks identified, as well as establish effective grievance mechanisms.

The Centre for Sport and Human Rights was established in 2018 to help bring these actors together to harness the power of sport in ways that lead to greater realization of rights in practice. The Centre is the product of many years of multi-stakeholder consultation, engagement, and development. Over time, all involved in this process have developed a strong sense of shared purpose. Our challenge now moves towards converting that shared purpose and commitment into practical and effective action.

As one example of the task ahead, consider the issue of addressing grievances and ensuring effective remedies when abuses occur in the world of sport. Put simply, the structures as currently constituted aren’t sufficient. In particular, existing mechanisms for sport-related harms don’t address the particular needs of children or address risks to those that are without union representation, and don’t ensure protection of athletes with refugee status, among other gaps.

The attempted forcible return of football player Hakeem al-Araibi to Bahrain despite his refugee status in Australia galvanised FIFA, the International Olympic Committee, human rights activists, governments and millions worldwide seeking to protect the rights of an athlete who is also a human rights defender. After imprisonment for over two months, Hakeem was returned home to Melbourne, thanks in no small part to the collective action and impact of the key actors involved who exerted and created leverage in public and behind the scenes. Given this and other cases often require urgent action, a key area of focus in the Centre’s work moving forward will be supporting improvement of credible and effective mechanisms to address accountability gaps and help create new structures where needed.

The sport and human rights movement is now mobilised. We have in the new Centre a trusted space for constructive dialogue to address real-time challenges and dilemmas linked to sport. We have as well a growing body of knowledge and expertise that can be deployed to help build the capacities of all actors involved in sport in order to prevent and remediate harms.

Sport is about achieving excellence, about working individually and collectively to reach a common goal. The challenge is to demonstrate how the world of sport can bring these benefits while preventing harms to people at every level.

Mary Harvey is Chief Executive of the Centre for Sport and Human Rights.