Since the early May election, human rights chatter has taken over the United Kingdom (UK). The Conservatives, now in a parliamentary majority, hope to repeal the Human Rights Act of 1998, which gives citizens the ability to raise human rights cases in UK courts, and change Britain’s relationship with the European Court of Human Rights. The pro-human rights camp, for its part, is mobilizing to counter this message.

Research shows, however, that pro-human rights ideas are not getting through to the general public. To up their game, advocates must invest in more and better research, and use the results to reframe their work. Taking audience insight research and turning it into effective communication with human rights sceptics is a significant, but necessary, challenge.

An analysis of human rights discourse by Counterpoint, the Public Interest Research Center (PIRC)  and my organization, Equally Ours, shows that in the UK, media narratives typically link human rights to “undeserving” groups and to anti-European views. The media portrays human rights as undermining, rather than enhancing, traditional freedoms, and as purely legal protections, rather than as tools to empower citizens.

Figure 1: % Positive and negative messages about human rights in the UK media, 2013

Source:  Building Bridges: Connecting with values to reframe and build support for human rights. Contact info@equally-ours.org.uk for a copy.

Consider Figure 1, which analyses human rights messages appearing in broadsheet and tabloid UK newspapers, political blogs and parliamentary speeches in 2013. Researchers identified, classified and measured the frequency of positive and negative frames, and compared their frequency across the media in England, Scotland, Wales and Northern Ireland.

As Figure 1 suggests, the UK human rights conversation that year was overwhelmingly negative. The most frequently repeated frame was that UK human rights protections decrease national security, closely followed by the view that human rights reduce the UK’s sovereignty.

Our analysis of the “everyone has human rights” frame shows that this message triggers intrinsic values that build greater public support for social justice.

Amnesty International UK’s Keep the Act campaign is the kind of research-based campaign we advocate. The research showed that when advocates link the Human Rights Act to ordinary people and everyday concerns, this is more persuasive than citing international or legal standards. Building on our research, Amnesty identified a growing UK cohort that is positive or persuadable about human rights, especially when linked to things they already care about. With the help of advanced statistical analysis, we uncovered messages that target audiences agree with, and that make people feel more positive towards human rights overall.

Based on this research, Amnesty discussed stories like that of Jan Sutton, who has multiple sclerosis and successfully challenged her local authority’s proposed care package, which would have confined her to bed. Jan’s story is human, easily understandable to a UK audience, and is an example of the stories missing from the way human rights advocates generally speak of their work. 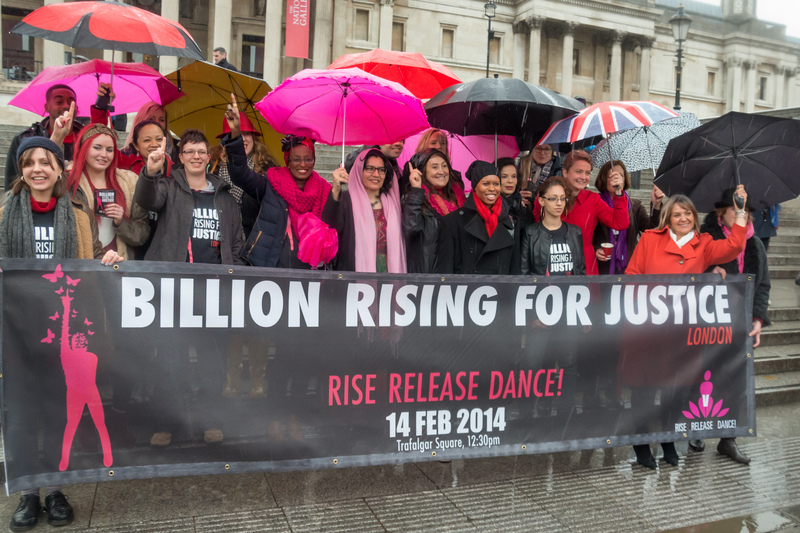 British youth outside Amnesty UK's Annual General Meeting. "Amnesty identified a growing UK cohort that is positive or persuadable about human rights, especially when linked to things they already care about."

Although the legal flavour of human rights may be unavoidable, it is often unhelpful. Human rights practitioners know they need to reach a public that switches off when they hear legal or technical language such as the “universality” of human rights, or “universal jurisdiction” of international courts.

Other groups are also taking up the challenge of research-based campaigning. In April 2015, for example, one group launched the Rights Info website to make the law more accessible, and to redress the way in which human rights are talked about. One of the ways they do this it be creating easily accessible infographics, such as this one:

Highly trusted NGOs in other issue areas are an important ally. Age UK, for example, is a leading charity for older people, and has been campaigning on behalf of elders abused in care homes. This year, the group released a short film, “Charles’ story”, which powerfully highlights links between dignity, respect and human rights. The film was designed to evoke intrinsic values and an emotional viewer response, resulting in positive feelings about human rights. At the time of writing, Charles’ Story had reached over a million people with more than 300,000 unique views. For many, this could be their first exposure to a positive take on human rights.

Consider also Women’s Aid, a domestic violence charity that launched a film targeting football fans and their clubs. Entitled “Unpunished”, the film uses football imagery and metaphors to address domestic violence. Again, the strategy was to introduce human rights to a new audience in an unexpected context. These films do not educate about the details of human rights; rather, they connect issues the viewer already cares about with “human rights”, perhaps for the first time.

When the discourse on human rights is as negative as it currently is in the UK, it’s hard to tell a positive story. And it will take more than a few words or slogans to influence the many unconvinced people that human rights are worth defending. But audience insight research has repeatedly shown that the public is more positive about human rights when it understands how human rights are connected to the values and freedoms they already care about.

Public opinion research helps us understand the frames, values and messages that can help people view human rights more favourably. We must use these insights to change our messages; otherwise, we will just carry on preaching to a choir that sings a song most people don’t like or understand.

Rachel Krys is the Communications Director at Equally Ours, a campaign set up by eight UK charities to talk about the importance of human rights and their link to everyday life.