Study finds that Mexicans’ perceptions of human rights protections are linked to individuals’ evaluations of their leaders, their government and democratization.

Scholars and practitioners, from Alexis de Tocqueville to the United Nations, have long argued about the connection between democracy and human rights.

Missing from these arguments, however, is how citizens themselves understand the connection between human rights and democracy.

The more citizens believe their human rights to be protected, the more likely they are to support their president, government and the democratization process itself.

In a recently published article in the academic journal Democratization, we suggest that citizens in emerging democracies use their perceptions of human rights to evaluate the performance of democratically elected leaders. The more citizens believe their human rights to be protected, the more likely they are to support their president, government and the democratization process itself.

Second, our study is limited to Mexico during the first decade after the defeat of the Institutional Revolutionary Party (PRI, according to its Spanish language initials), following the country’s first fully contested presidential elections in 2000. That year, the PRI’s presidential candidate ran against contenders from the other two main political parties: the right-of-center National Action Party (PAN), and the left-of-center Democratic Revolutionary Party (PRD). The winner was the PAN’s Vicente Fox.

Studying the connection between individuals’ perceptions of human rights and their support for democratization and democratically elected leaders in Mexico during the 2000-2010 time period is important for several reasons. First, as previous openGlobalRights authors suggest, Mexico occupies an important position among newly democratized states: a relatively wealthy democracy that interacts heavily with international human rights institutions. Yet, it has also faced economic fluctuations and the brutality of the war on drugs. As a result, Mexico is a crucial site for evaluating the importance of human rights among citizens.

Further, in 2010, Mexico experienced heavy violence driven by the war on drugs as well as the beginnings of its recovery from the 2008-2009 recession. In analyzing public opinion data from that year, we expected human rights to have little effect on citizens’ evaluation of government performance and that constituents would be most concerned with issues like restoring law and order, and revamping the economy. Our findings, however, show that even while facing a serious national security crisis and being in the early stages of economic recovery, Mexicans’ perception of human rights were strongly linked to their support for democratically elected leaders and democratization. Given these results, we expect this connection to appear in less adverse situations as well. 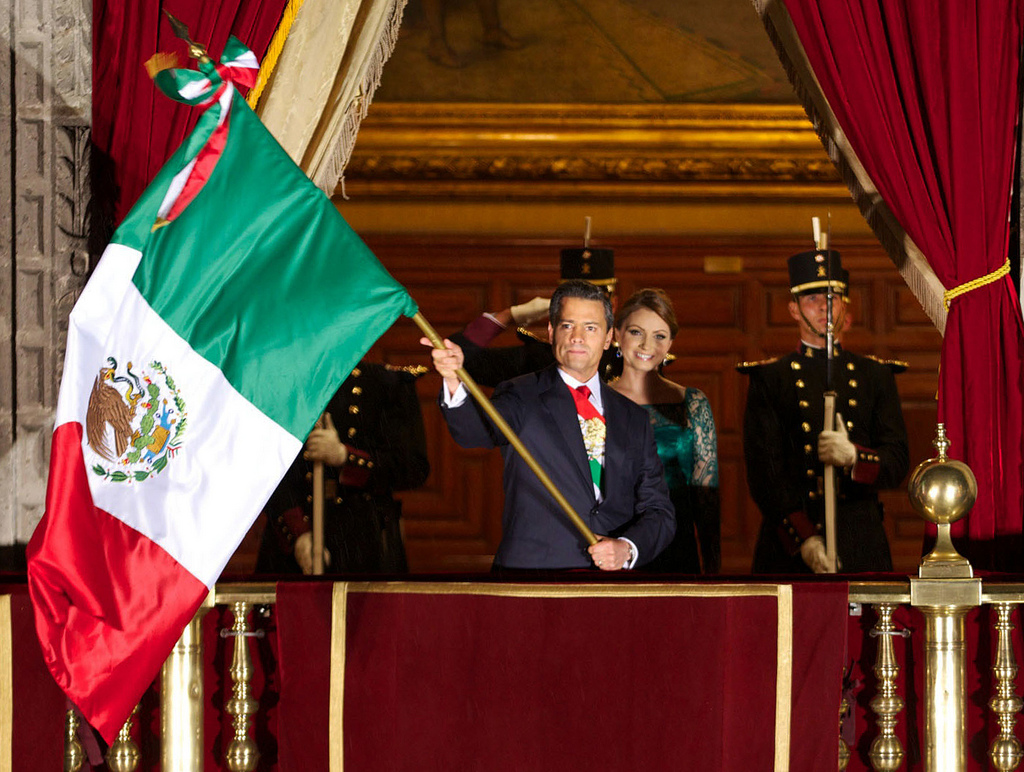 "President Peña Nieto and other political elites must recognize that human rights protections in new democracies cannot just be smoke and mirrors."

Our study relied on two nationally representative surveys: the 2003 Mexican Values Survey (MVS 2003) and the 2010 National Survey of Values that Unite and Divide Mexicans (NSVUDM 2010). By examining the link between citizens’ perception of human rights and support for democracy in 2003, when Mexican democratization was in its early stages, and again after democracy had more firmly taken root in 2010, we were able to evaluate whether this relationship held at different stages of democratic consolidation.

Our statistical analyses controlled for ideology, political party identification, sociotropic evaluations of the macro-level Mexican economy, indicators of economic satisfaction at the household level, perceptions of bureaucratic efficiency under democracy and some key demographics.

The original questionnaires in both surveys contained questions about citizen perceptions of human rights, as well as individual levels of support for the president, attitudes towards government, and support for democratic rule.

Figure 1 illustrates our main finding: as respondents’ perceptions of respect for human rights improve, so too did their support of President Fox, regardless of the respondents’ party affiliation.

Notably, as Figure 2 demonstrates, this connection between perceptions of human rights and support for democratization and democratically elected leaders held across a seven year window, during which Mexicans experienced economic growth, deep recession and slow recovery as well as the ravages of the drug war on both human rights and government security and legitimacy.

The implications of our findings are straightforward: even when accounting for individual variations and other issues affecting the country, Mexicans’ perceptions of human rights protections are significantly correlated to individuals’ evaluations of their leaders, their government and democratization.

What this suggests is that democratically elected leaders need to do more than simply pay lip service to human rights. Today in Mexico, for example, it will not be sufficient for President Peña Nieto to depict the tragedies in Iguala and Tlatlaya as isolated incidents or to cover-up security forces’ involvement in an alarming number of enforced disappearance cases. Facing mass protests across the country and dropping approval ratings, President Peña Nieto and other political elites must recognize that human rights protections in new democracies cannot just be smoke and mirrors.

Instead, these protections must be lived and experienced—indeed, perceived—by voters.

Dona-Gene Barton is an associate professor in the Department of Political Science at the University of Nebraska-Lincoln. Her research on opinion formation processes and public perceptions has been published in the American Journal of Political Science, Political Psychology, Electoral Studies and Democratization.

Sergio Wals is an assistant professor in the Department of Political Science and the Institute for Ethnic Studies at the University of Nebraska-Lincoln. His research agenda centers on the relationship between democracy and individual perceptions of politics and topics related to immigration both in the United States and Latin America.