Building a culture of philanthropy in the global South is a herculean task, but small grants can still make big changes.

According to a recent report on global human rights funding, donors in the global South and East focus far more on environmental and resource rights than their counterparts in the global North. They also devote a bigger share of their efforts towards capacity building and collaboration.

These findings resonated with my organization, CASA, because this is what we do. Over the last decade, we have tried to effect sustainable and equitable change by making approximately 1,500 micro-grants of $5,000-15,000 USD to numerous small, community-based organizations in ten South American countries. We believe this approach minimizes many of the negative, unintended, and perverse impacts of foreign aid on civil society.

To reverse the destruction of ecosystems, we must first provide the appropriate level of resources to indigenous people and traditional communities.

Most funders approach complex problems by providing large grants to a handful of large organizations. Our strategy is different: we believe that to reverse the destruction of ecosystems, we must first provide the appropriate level of resources to indigenous people and traditional communities to strengthen their capacity to engage in proposing solutions.  People living in the affected areas need to understand what is at stake and have their voices heard and their rights respected.

Our grants, therefore, provide small organizations with the ability to advocate for the right of their communities to a clean, healthy and safe environment. In coalition with other funders worldwide, we work with groups affected by large infrastructure and energy projects, and we also support women environmental defenders and indigenous peoples’ legal defence, among other strategic approaches. We take large sums of money from major national and international donors, and then divide these large sums up into multiple smaller amounts, and provide these “micro-grants” to local advocates and groups. In doing so, we spread the money around in a thoughtful and coordinated manner, developing a new, broad, and well-connected layer of grassroots players committed to social and environmental justice. We started out ten years ago with only international money, but we now have substantial domestic funds, much of which comes from Brazilian banks, individuals and private funds.

As an example of this work, in the Peruvian Amazon oil spills have contaminated thousands of square miles, destroying the rivers and lands that indigenous people need to survive. With money from American and European donors, we have funded local indigenous communities' access to legal advice so that they can demand reparations and compensation for what is often decades of adverse health effects in their communities, contamination of their food sources, and other serious problems. In Bolivia and Paraguay, we have used funds from Dutch donors to support an agroforestry movement that works to protect small farmers' lands from predation by large cash-crop exporters, which have pushed family farmers off their lands and contaminated their water with sprayed pesticides. 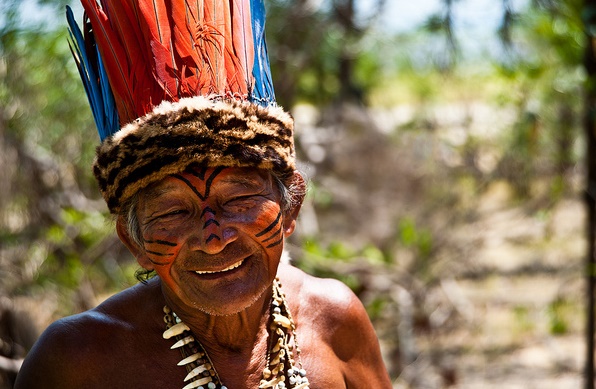 CASA has funded local indigenous communities' access to legal advice so that they can demand reparations for decades of adverse health effects in their communities, contamination of their food sources, and other serious problems.

One of our biggest victories came recently in Brazil, where we have long supported leaders of the Munduruku ethnic group struggling to protect their ancestral territory from the construction of a mega-dam on the Tapajós river. From 2007 to 2016, we provided 26 grants of $5,000-15,000 USD to 16 organizations, for a total of roughly $300,000. These grants responded to a complex local process made up of many layers and stakeholders, and we received most of these funds from a number of local and other sources, in all kinds of different arrangements and packages over a number of years.

By repackaging these large grants into much smaller injections of cash to modestly sized local groups, we helped indigenous communities to meet regularly in their traditional assemblies with public attorneys and negotiate a formal protocol protecting their right to free, prior and informed consent under the International Labor Organization’s Indigenous and Tribal Peoples Convention of 1989.

The advocates that we, along with many others, supported monitored government policies, critiqued pro-dam studies, and provided alternative infrastructure options. Their leaders came to the Brazilian capital to meet with authorities, and used our money, as well as that of others, to connect with potential international allies. They flew to Geneva to meet with the UN Indigenous Peoples Human Rights Commission, and to Washington, DC to meet with the Organization of American States’ Human Rights Commission, which resulted in wider recognition of their plight, formal questioning of the Brazilian government over non-compliance with international conventions, and even in a prize by the UN—the Equator Prize 2015.

After nine years of struggle, the Brazilian environmental protection agency finally ruled in the Munduruku group’s favor on April 19, 2016. Then, on August 4, 2016, the country’s environment minister announced that the dam was no longer necessary for Brazil’s economic development.

Throughout this effort, our multiple micro-grants responded to specific needs in a flexible and timely manner informed by the collective intelligence of the local network we worked with. Large grants to a few major organizations would not have been enough to win this struggle. We believe that filling in the gaps with small grants to local groups made the process more effective, as large groups usually work on the higher political levels and often do not engage the groups that are most affected by these kinds of development. They would likely not have helped support such a widespread coalition.

Victory in this and similar cases is never certain, given the powerful forces arrayed against the indigenous groups we support. It is always important to celebrate the small victories, however, and to recognize the critical and often more sustainable impact of targeted, thoughtful, and well-coordinated micro-funding.

**A version of this article was first published on Philanthropy News Digest.

Maria Amália Souza is co-founder and Executive Director of Brazil’s CASA Socio-Environmental Fund. She is also a nominee for the Olga Alexeeva Memorial Prize.