Here’s what the Fund for Global Human Rights learned from its second COVID-19 impact survey—and how the funding community can better support the crucial work that needs to be done. 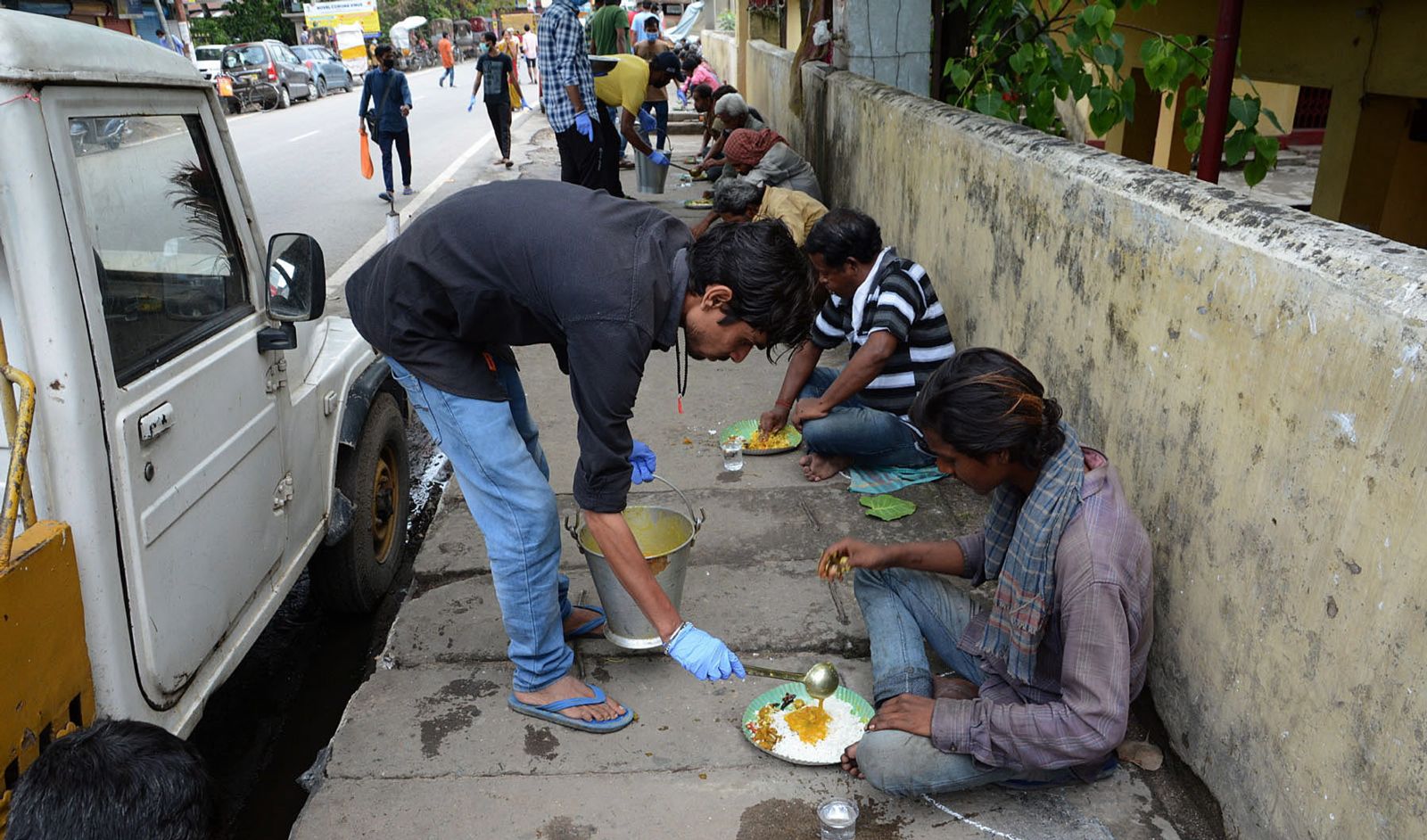 Political activists and social workers distribute food supplies to those in need during the nationwide lockdown in the wake of the coronavirus COVID-19 pandemic, in Guwahati, Assam state, India, in April 2020. EFE/EPA/STR

It’s been clear from the outset: the COVID-19 pandemic is more than a public health crisis. From shocks to supply chains that have exposed the vulnerabilities of globalized economies, to the chilling misuse of emergency powers by authoritarian regimes, to the insufficient or nonexistent care afforded to minorities and marginalized groups, the pandemic has emerged as a driving factor in deepening inequality and exacerbating a human rights crisis.

In response, local human rights defenders have stepped up once again. Community activists have fed hungry families when the government did not, provided lifesaving information and care when their government would not, and ensured that children and youth stayed out of jail and in school.

But the pandemic has been hard on them, too. As COVID-19 spread across the world in early 2020, the Fund for Global Human Rights undertook an impact survey of our global network of grantees. We asked more than 200 frontline human rights groups how the public health crisis was affecting their work, what their communities needed, and how funders could effectively support them through the early stages of the pandemic.

We found that although conditions on the ground were rapidly changing, nearly half of respondents said they were able to continue their core work. And many groups had already adapted, taking on entirely new areas of work to support their constituencies through the crisis.

Later in the year, in October 2020, we initiated a second survey to dive deeper into the needs, concerns, and priorities of frontline groups. That data, now shared publicly for the first time, reaffirms the resilience, determination, and creativity of frontline human rights defenders. But it also paints a grim picture: as the pandemic has worn on, their work has gotten harder and resources scarcer.

Here’s what we learned from our second COVID-19 impact survey—and how we think the funding community can better support the crucial work that needs to be done.

After our first survey, we reported that frontline activists had demonstrated remarkable resilience. Only a few groups that responded said they could not continue their core work because of the pandemic. And none expected to shut down entirely.

We found that although conditions on the ground were rapidly changing, nearly half of respondents said they were able to continue their core work. And many groups had already adapted, taking on entirely new areas of work to support their constituencies through the crisis.

We’re thrilled that, of the 140 groups who answered both surveys, no respondents said in October that they were unable to continue their work. In fact, fewer groups reported closing offices, working from home, or cancelling meetings. And this time around, a couple more groups said they were able to carry out their core work—in addition to taking on new responsibilities around the pandemic.

This just reinforces what we’ve always known: frontline activists are best placed to respond to local crises and to build community resilience to withstand future shocks. While larger, international organizations have been hamstrung by travel restrictions and necessary preventative measures, local groups have been able to deftly navigate their contexts while continuing to provide the critical services their communities need.

At the same time, however, many of our grantees report that organizational finances have been severely impacted. Nearly one-third of respondents say they have lost funding in the last year. The majority reported that most of their funding is restricted by donors to specific projects, hampering their ability to adapt and respond to the fast-changing context. And compared to the results of our first survey, nearly twice as many respondents say they have had to let go of staff.

These difficult findings suggest that even though frontline activists continue to carry out their essential work in addition to meeting new demands, they are under immense financial pressure. They also report the need to respond to a series of emergencies—from COVID-19 to government crackdowns to harassment and attacks on human rights defenders—that prevent them from focusing on the longer-term work of movement building. Coupled with increasingly restricted funding, frontline groups tell us they are struggling to respond to urgent crises and also leverage the moment to transform their societies from the bottom up.

While larger, international organizations have been hamstrung by travel restrictions and necessary preventative measures, local groups have been able to deftly navigate their contexts while continuing to provide the critical services their communities need.

The precarity of the moment is staggering. Even as human rights defenders are demonstrating their resilience and value, they are being squeezed financially and pushed to their limits. If that bubble bursts, the consequences could be catastrophic for civil society. We can’t afford to let that happen.

At the start of the pandemic, there was a broad consensus that this would require an all-hands-on-deck approach. And sure enough, some in private philanthropy stepped up. A study from last year found that nearly a third of nonprofits reported an increase in funding from foundations. Individual giving increased last year, as well. That’s the good news.

The bad news is that not enough of that funding is reaching the activists who need it most. It’s essential that grant-making organizations and local and regional funds are able to deliver resources into the hands of frontline groups. Because not only are they best placed to provide the care and support that their communities need now; they’re also key to building the systems and structures that will safeguard human rights through this crisis and the next.

David B. Mattingly, vice president for programs at the Fund for Global Human Rights, leads an international team of activist grant-makers to resource human rights movements and build stronger, more sustainable organizations. Follow him on LinkedIn.