While many NGOs emphasize human rights in their appeals to raise money, new research shows that it is much more effective to emphasize basic needs. 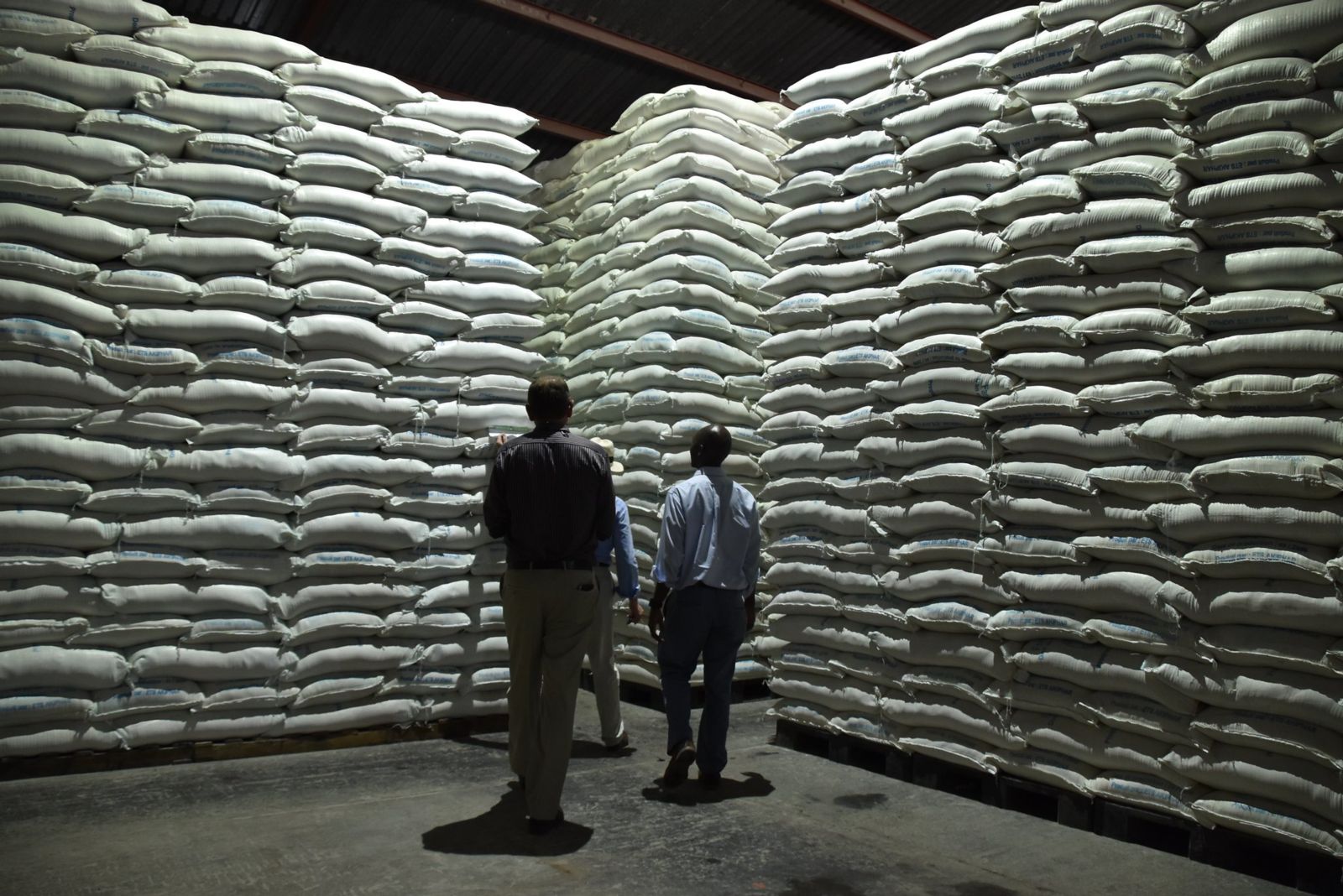 Stacks of flour at a WFP warehouse in Goma, North Kivu province in the eastern Democratic Republic of the Congo. Photo by Kaukab Jhumra Smith/USAID

Fundraising for vulnerable groups is urgent. At the height of the global pandemic, a record number of people are food insecure and relying on charitable aid to stay afloat for a protracted period. However, many of the best-known NGOs are going about fundraising all wrong. While many emphasize human rights in their appeals to raise money, new research shows that it is much more effective to emphasize basic needs.

NGOs face a challenge when fundraising because the neediest groups are often the most stigmatized. Some human rights NGOs assume that their causes—such as support for detainees, refugees or ethnic minorities—are so unpopular that they completely avoid local fundraising. NGOs may also exclude the most stigmatized from their programming. HIV prevention programs have excluded persons contracting the virus through sexual activity; the “ultra-poor” are absent from poverty relief programs; programs to reduce inter-ethnic tensions have avoided communities considered too distinct.

Other fundraisers and advocates instead rely on human rights appeals to boost support for vulnerable groups, including women, minorities, migrant workers, and refugees. In its current donation campaign, the Hunger Project emphasizes that “all human beings are born free and equal in dignity and rights, including the right to food, health, work and education.” Similarly, CARE’s mission statement frames poverty as a human rights issue, while UNICEF emphasizes that “every child has a right to an education” before asking for donations.

This language of fundamental rights, consolidated through the Universal Declaration of Human Rights, has been popularized around the world by governments, international organizations, and NGOs. But while human rights language resonates with academics, lawyers, activists, and non-profit practitioners, it may not sway a broader audience of potential donors. For example, in some studies, liberals respond more positively to rights frames than conservatives. Indeed, we even see some backlash among supporters of nationalist parties to human rights causes.

While human rights language resonates with academics, lawyers, activists, and non-profit practitioners, it may not sway a broader audience of potential donors.

To test whether human rights language can boost charitable contributions - particularly for vulnerable groups - we fielded a text message donation experiment. We partnered with Prolepsis, an NGO in Greece that serves free school meals to children, including those who belong to Europe’s largest, poorest and most stigmatized minority: the Roma. We found that donations were halved when contributions were solicited for “a Roma child” as opposed to “a child,” and that an appeal to human rights did not reduce this gap. Our study, forthcoming in the American Political Science Review, adds to a growing body of evidence that questions a standard practice in charitable aid campaigns—the invocation of rights language—and warns it may not resonate nearly as broadly as these charities hope. Related research on the most effective appeals for immigrant integration and Muslim inclusion also suggest that rights language may not have the anticipated effects.

Based on this research and other scholarship on charitable giving, we argue that emphasizing needs, rather than rights, is the best way to broaden donor pools and increase donations at a critical moment of global crisis. Why do we think that the language of need resonates more broadly? Studies have shown that people behave more empathetically when they are made aware of others’ needs. Other studies indicate that donors are more likely to give time and resources when appeals emphasize that the risks in question are commonly shared.

Fortunately, the campaigns of some of the most successful anti-hunger efforts already follow need-based communication. The World Food Programme (WFP), which was awarded the Nobel Peace Prize in 2020, specifically emphasizes that donating “means the difference between a child having enough to eat or going to bed hungry” and that donations are necessary for recipients’ basic survival.

Recognizing what constitutes effective, broad-based messaging is of the utmost necessity in this moment of extreme economic and health crisis. The language of rights is a powerful tool in many contexts, including in litigation, political advocacy, and foreign policy. Increasing charitable donations may simply not be among them.

Instead, in the midst of the worst public health crisis in over a century, charities looking to boost donations should craft their messages around the needs they are trying to address. Even when NGOs are unable to explicitly reframe their messages in terms of need, they can use this framework to emphasize how donations will improve aid recipients’ livelihoods, sense of safety, or health. One unique feature of the pandemic is that it has impacted everyone in some way, which means that more people can now relate to the experience of being in need of aid. This feature of the pandemic is important for two reasons. First, personal experience and connections to people in need make people more likely to give to others they do not know. Second, situations over which people have little personal control bring to light just how interconnected they are with their neighbors and even with strangers. Given these circumstances, appeals to need, broadly defined, should resonate with a large, diverse pool of donors. Charities would be well served by capitalizing on this moment and emphasizing needs, not rights.

Katerina Linos is a professor at Berkeley Law School. She co-authored “Fundraising for Stigmatized Groups,” forthcoming in the American Political Science Review.

Laura Jakli is a junior fellow at the Harvard Society of Fellows. She is a co-author of “Fundraising for Stigmatized Groups.”

Melissa Carlson is a postdoctoral fellow at Stanford University’s Center for International Security and Cooperation. She is a co-author of “Fundraising for Stigmatized Groups.”