What can we learn from teaching democracy to third graders? 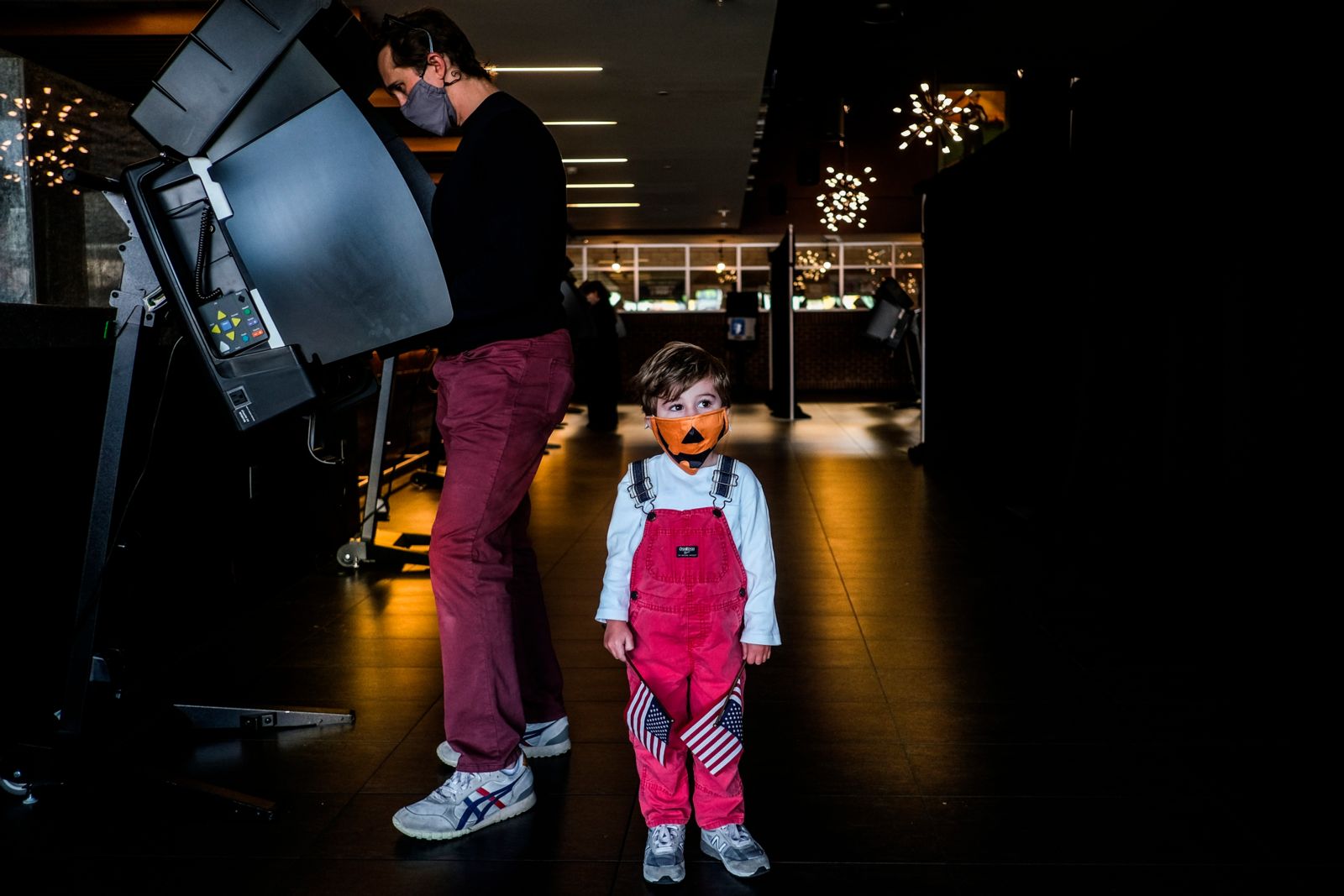 Teachers know that, in our classrooms, we can replicate oppressive patterns from the broader society or attempt to turn those spaces into incubators for alternative systems. We curate shared experiences, group decision-making, participatory justice, and conversations about social justice.  In other words, democracy is commonly practiced in elementary schools through teachers’ careful designs. Teachers constantly model democracy through these practices, though they rarely explicitly name democracy when it happens in schools. Students engage in participatory practices every day without ever being told what they are doing and why.

My goal for this past year was to infuse my third grade classroom in New York City with democracy and to consistently name democratic practices as such. I aimed to invite my students to see themselves as participants in a democracy at a time when U.S. democracy seems particularly farcical. I am left with more questions than answers about how to create a democratic classroom when our national system is deeply flawed and fails many communities, though I’ve found that young children have great ideas to advance the common good.

Voting is a simple activity to practice democracy in a classroom. With countless decisions to be made, students can regularly influence classroom life through a vote. We have our play time in Central Park, a few blocks from our building. Central Park is large and students have varying preferences as to which part of the park we visit. I instituted a daily vote, giving options for where we would play. Each day, I would explicitly state that it was time to make a democratic decision.

Although this was a simple exercise, it opened my eyes to ways in which I brought our nation’s democratic flaws into my classroom. At the beginning of the year, I punished poorly behaved students by taking away their vote, foolishly thinking this consequence would be enough to inspire better behavior. To the contrary, I heard time and time again from misbehaving students that they “didn’t even care” about the decision. I abolished this punishment when I realized the obvious: I was replicating one of our democracy’s many failures: voter disenfranchisement for people who “don’t behave.” If this national policy does not make communities safer, why should it make my classroom safer?

I also caught myself practicing voter disenfranchisement when I cancelled the vote on days when the class had behaved badly. On these days, I told them that I had to make an autocratic decision since I couldn’t trust their choices. We developed a class joke, imagining a public polling place in which the adults behaved the way they did that day: talking over each other, and insulting one another. On one such day, a child responded, “I watched the debate and those grown-ups were behaving worse than us!” This comment will stick with me as an urgent reminder that we adults need to do better.

If this national policy does not make communities safer, why should it make my classroom safer?

Once after the results of a vote disappointed a student, he yelled, “I hate democracy!” Another child replied, “That’s how I felt when Donald Trump won.” I posed a question the next day, “What should we do when we are not happy with a democratic decision?” Students shared several suggestions: protest, go on strike, or “you get what you get and you don’t throw a fit.” One student pointed out that Donald Trump actually wasn’t elected. (“Actually” is a favorite word among 8-year-olds). When I probed further, the child said, “Well, the states vote instead of people. States that used to have slavery get more votes than other states, so Trump got more votes than he deserved.” A third grader had effectively explained the racist logic behind the Electoral College and its impact on U.S. democracy. Again, I am faced with the question of how to teach democracy when the national model we have does not serve us.

Given the opportunity, children can set clear expectations as to what they want from adults with power. I told my students that in a democracy, there are checks and balances to make sure that one person doesn’t make all of the rules. I helped them come up with a list of rules for their teacher, which included “use a calm voice”, “respect people who think outside the box”, and “treat everyone with dignity.” Imagine how the situation in the U.S. could improve if we the people could hold our president accountable to these basic expectations!

Even when attempts at classroom democracy fail, teachers can uplift the importance of public space in developing citizenship. Many children in the U.S. exist in curated private spaces— shuttled between house, garage, car, and school. Bringing my students to a public park is a vital democratic practice. When we give children the opportunity to fall in love with a collectively-owned space, we guide them to becoming stewards of our cities and our planet. We allow them to practice sharing space with each other and with strangers, human and non-human. I remember heated arguments between students about whether to run through the flocks of pigeons in the park. It’s equally thrilling to observe the pigeons’ behavior quietly from afar, and to storm through their group causing them to take up in a spectacular flight. These arguments show me that children are paying attention to their impact on a public space.

When we give children the opportunity to fall in love with a collectively-owned space, we guide them to becoming stewards of our cities and our planet.

As a national election approaches after a summer of BIPOC-led uprisings against white supremacy, it is even clearer to me that I do not have a working model of democracy to bring to my classroom. Democracy is created by its participants and therefore is best taught through practice, not theory. It is the responsibility of adults to listen to and amplify children’s ideas about how to make things better. By simply allowing children to collectively decide where to play, what to read, or what to name their teams, or taking seriously their critiques of diversity in the publishing industry or our country’s environmental policy, adults play a role in preparing children to influence democratic life long before they can legally vote. We can count on children for big questions and solutions, though we adults need to create spaces that uplift children’s voices.

Educating the next generation of human rights practitioners