The process of dialogue, reciprocity, and continual struggle in everyday cosmopolitanism is precisely what positions human rights as an effective bulwark against authoritarianism. 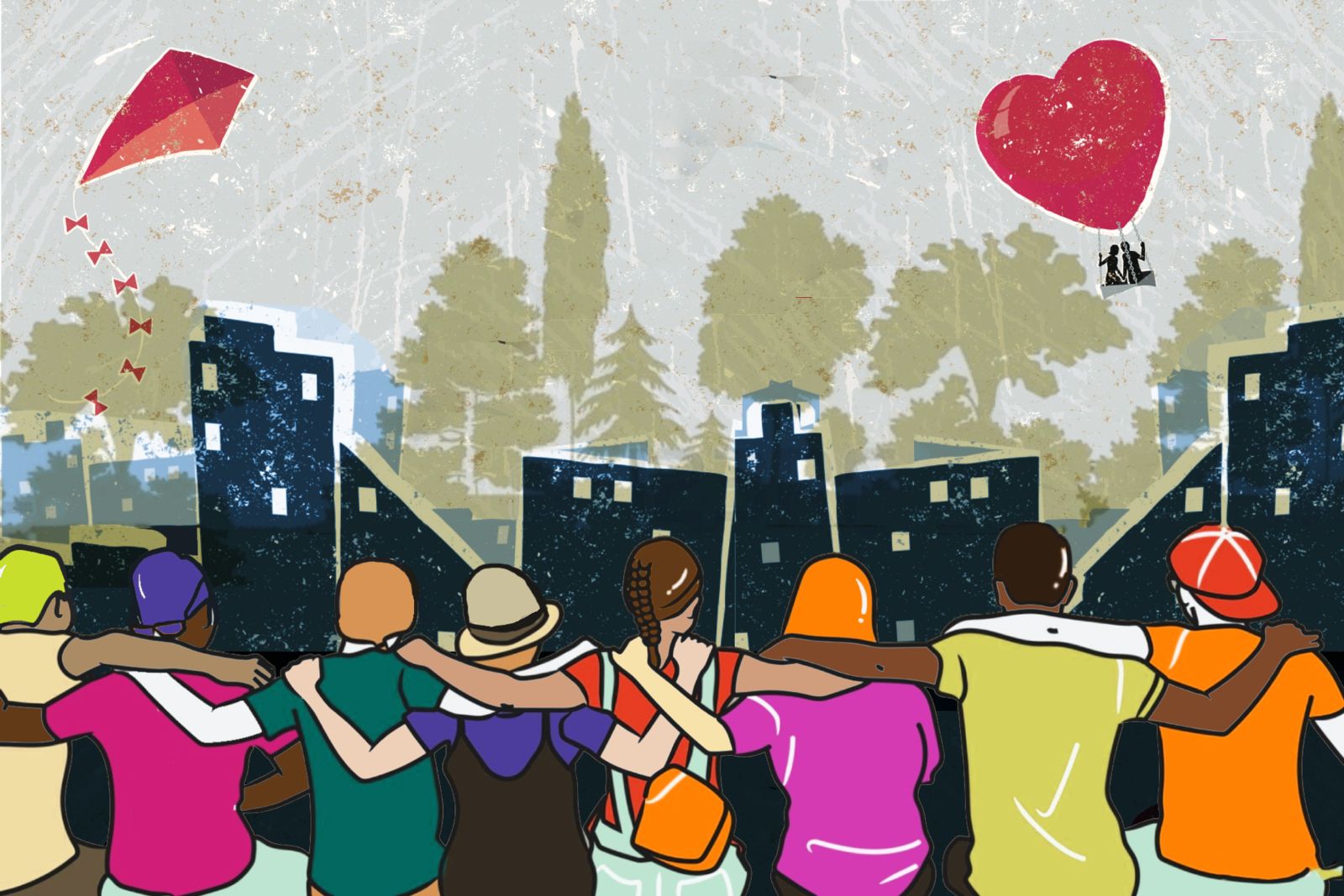 In one of his last essays, the late historian Tony Judt took issue with “the familiar insult of ‘rootless cosmopolitan’,” which struck him as “too imprecise” to fully account for the range of his contrasting heritages. Instead, Judt preferred “the place where countries, communities, allegiances, affinities, and roots bump uncomfortably against one another—where cosmopolitanism is not so much an identity as the normal condition of life.”

This reflection captures an essential truth about cosmopolitanism: it is a more coherent and compelling concept as a lived and living experience by everyday people than as a philosophical thought experiment. The process of accounting for and reconciling multiplicity in our identities and those of “others” is no less evident in rural Indiana than it is in metropolitan London or in suburban Tehran.

To be sure, this “Everyday Cosmopolitanism”—the sum of inescapable, mostly banal, but also ever contingent human experiences “bump[ing] uncomfortably against one another”—is far from the liberal-cosmopolitan vision of an abstract universal identity premised on shared rationality. All the same, by attempting to reconcile identity and difference within the bounds of coexistence, Everyday Cosmopolitanism also reveals its preference for—however thinly, tacitly, or contentiously—universal recognition of human beings as ends in themselves.

That a basic acknowledgement of this preference undergirds human rights discourse and practice is, in fact, uncontroversial. Whether at the local, regional, national, or global level, struggles on behalf of human rights proceed on the assumption of equal respect for human dignity. What is less agreeable is whether this shared understanding ought to also serve as the ultimate justification for human rights, regardless of their content, scope, and location.

The latter question has garnered much scholarly and intellectual attention, with the crux of this debate revolving around a conception of human rights that prizes universal rationality above local identities and attachments.

But it would be a mistake to sacrifice the thin universality of Everyday Cosmopolitanism at the altar of more comprehensive versions of this liberal view. For instance, one need not adopt a liberal-cosmopolitan view of universal membership in the community of humankind (and even many liberals don’t) to still identify with the local struggle against police brutality in a midwestern city in America, or object to public school bans on headscarves in Lyon.

As Charles Larmore rhetorically asks: “Why can we not affirm a set of duties [or rights] binding on all without supposing they must be justifiable to all?”

At the local level, most rights-based activism and movements embody a contextual universalism that affirms the intrinsic value of equal respect for persons as ends in themselves. This complicates our view of cosmopolitanism by revealing that, far from a template for conformism and shared rationality, Everyday Cosmopolitanism is a site of contestation between competing values, divergent identities, intersecting experiences, myriad inequities, and disparities in power.

Whether at the local, regional, national, or global level, struggles on behalf of human rights proceed on the assumption of equal respect for human dignity.

Conceived of in this way, human rights are representative of a cosmopolitanism that privileges neither the individual nor culture, but the overall productive enterprise of identity-formation. In this process, agents, structures, and the narratives that bind them together are engaged and continually challenged.

It follows, then, that the legitimacy of local human rights struggles is not merely derived from the appropriation of certain abstract rights and values, but from an irreducible variety of views and lifestyles that are respected and tolerated—but not always validated—through dialogue, reciprocity, and continual struggle.

In a crucial sense, this process is precisely what positions human rights as an especially effective bulwark against authoritarian and exclusionary visions of social life at the local level. Among many examples of movements informed by such practices are rights groups such as the Greek Forum of Migrants that advocates for the equal rights, humane settlement, and cultural recognition of displaced and migrant populations entering the European through southern Greece.

GFM’s network of local organizations engage both the host communities and officials at municipal, provincial, national levels on legal grounds and via appeals to moral and political ideals enshrined in the EU Charter of Fundamental Rights in Greece. Since the onset of nationalist and xenophobic backlashes against the entry of predominantly Middle Eastern and North African migrants into the EU, GFM’s focus has shifted toward anti-discrimination and anti-racism campaigns aimed at countering far-right propaganda and incitement of violence toward migrants.

In combating rising xenophobia, however, GFM’s repeated appeals to “mutual respect,” “equal rights,” “dignity,” “solidarity,” and “justice” are about more than just the invocation of universal ideals. They underscore how racism and discrimination offend the very basis of coexistence: equal respect for persons as ends in themselves. Such affirmations of Everyday Cosmopolitanism are not peculiar to causes with transnational dimensions or constituencies; from local initiatives to abolish hunger or ensure universal access to education, health care, basic income, and more, they are part parcel of human rights campaigns at every level.

None of the preceding observations excuses the instrumentalization of human rights discourses and practices in the service of hegemonic orders or even naked imperialism, as many Western civilizing missions and wars of conquest have amply demonstrated. But nor do such abuses warrant denials and dismissals of certain universal aspects of human rights struggles that engender solidarity and contestation.

As Judt somewhat prophetically noted at the end of his essay, “The thin veneer of civilization rests upon what may well be an illusory faith in our common humanity. But illusory or not, we would do well to cling to it. Certainly, it is that faith—and the constraints it places upon human misbehavior—that is the first to go in times of war or civil unrest.”

Hussein Banai is an assistant professor of international studies at the Hamilton Lugar School of Global and International Studies at Indiana University in Bloomington, IN.