In Secretary of State Mike Pompeo’s report on inalienable human rights, it is unclear why freedom of religion and property rights should be elevated over other rights found in the positive international law of human rights. 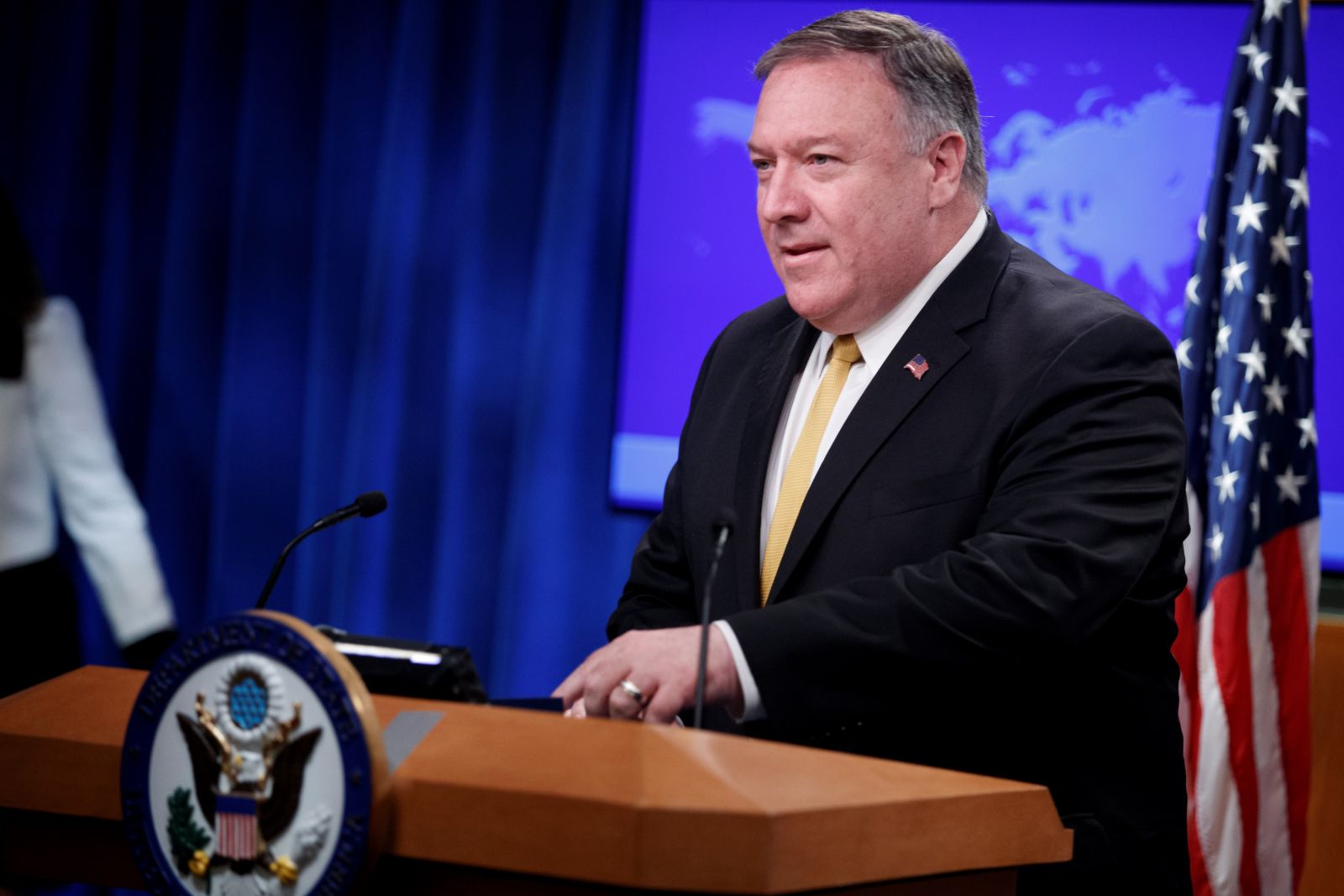 US Secretary of State Mike Pompeo announces the formation of an advisory commission on human rights, at the US State Department in Washington, DC, in 08 July 2019. The Commission on Unalienable Rights will be led by Mary Ann Glendon, a Harvard Law School professor who wrote a book about the 1948 Universal Declaration of Human Rights at the United Nations.  EFE/EPA/SHAWN THEW

Secretary of State Mike Pompeo appointed a commission of private thinkers to compile a report on inalienable human rights. It was a partisan move to play to President Trump’s domestic supporters, particularly since a strictly American initiative of this sort would never replace the existing international law and diplomacy of human rights. Why would the rest of the world accept the views of the US Founding Fathers from the 18th century as having the definitive view of human rights?

But the Pompeo commission could weaken those international rights along with shoring up Trump’s base, which is why the contents of the report are no surprise. Emphasizing one government’s view of human rights, with particular priorities, weakens the commitment to existing international norms, especially if other governments follow suite with their own different emphases.

Why would the rest of the world accept the views of the US Founding Fathers from the 18th century as having the definitive view of human rights?

Since sitting public officials do not normally authorize a scholarly collection of historical and philosophical reflections, this project was suspect from the beginning. This suspicion was reinforced by the composition of the commission. It was headed by a Catholic intellectual who had criticized a prize given to the Boston Globe newspaper for its exposure of pedophile priests in the Boston area. She was joined by colleagues drawn from conservative and religious circles, excluding leading American experts in human rights from law, philosophy, and the world of human rights advocacy.

Told to focus on the US rights tradition, the commission naturally stressed the Founding Fathers and their Declaration of Independence plus the US Constitution. No attention was given to competing views, such as by the Swiss-French Jean Jacques Rousseau and his discussion of the right to economic equality as a means to freedom. And why not consider the English Thomas Paine’s right to an economic floor for all citizens again as a means to real freedom? On these and other competing views, the commission is silent. The members understood their marching orders, particularly since Pompeo used the language of unalienable rights, drawn from American discourse in the 18th century.

After a conventional review of American political history and the evolution of international law and diplomacy on the subject of human rights, the commission got to the main point that Pompeo wanted: the most important, true human rights are said to be religious freedom and property rights.

Religious freedom has a complex relationship with other freedoms. One might comment that one of the freest and most equal societies in the world is Sweden where freedom of belief is important, including the belief in no religion; about 80% of Swedes believe that religion should have no or little play in public life. Conversely, some countries like Russia or Poland have considerable “unfreedom” but manifest strong religious beliefs. In such countries, freedom of religion leads to discrimination and persecution, especially of the LGBT community. Moreover, the United States had a history of considerable religiosity along with a history of slavery, other racial injustices, and widespread anti-Semitism. In the end, one does not need to be religious to be seriously committed to human rights.

As for property rights, it too is a complicated subject. It can be, and has been, linked to slavery, other forms of exploitation, and a gross inequality that can undermine political stability and general welfare. Currently in the US, the workings of property rights since about 1980 have led to vast gains for the top 1% in income, and small or no gains for much of the middle class. Even Republican Teddy Roosevelt and others recognized the dangers of big business and finance when he took on “Trusts” during his presidency. The few may utilize property rights to become incredibly rich, but the society as a whole may suffer if there is not proper regulation, especially via tax law.

It is not clear in this report why freedom of religion and property rights should be elevated over other rights found in the positive international law of human rights, especially when considering their risks to democracy and general welfare.

For the commission, the social and economic rights identified (and endorsed without opposition) in the 1948 UN Declaration of Human Rights might be desirable policies but not fundamental human rights. In the meantime, true human rights according to the report include property rights which, in general, should be beyond the reach of governmental interference. Of course, most of the world’s more wealthy democracies would disagree since, for example, they have adopted policies treating healthcare as a human right and other aspects of a large welfare state which impinges on absolute property rights.

Additionally, the US resignation from the UN Human Rights Council is entirely justified in the report, since other countries—notably China and Russia—have politicized that body and distorted its diplomacy. The commission is silent on the US role in also undermining the integrity of that council by speaking out only against adversaries such as China, Iran, or Cuba, and remaining silent when close partner Saudi Arabia kills a US legal resident and a Washington Post columnist in Turkey. Pompeo’s commission has nothing good to say about the positive or balanced aspects of the UN’s diplomacy, as when the Human Rights Council criticized certain Iranian policies.

In sum, much of what Pompeo’s commission says about the history of international human rights in the field of law and diplomacy is unremarkable. The same is true regarding statements about US legal and political history. But that is the wallpaper. The substance has to do with controversial themes that are rejected by numerous readers: 1) that the US Founding Fathers, despite being white, property-owning, Protestant males, had the correct and universally valid view of true human rights; 2) that the key rights have to do with religion and private property; and 3) that lots of other “positive” rights in modern times are marginal or dangerous or both.

Those who drafted the 1948 Universal Declaration of Human Rights at the UN actually had a better approach. In the UN Human Rights Commission, forerunner of today’s Human Rights Council, they effectively said: there is no agreement on the philosophical foundations or true version of universal human rights, so we should construct those basic human rights principles that this transnational group see as essential for freedom and equality. This was followed by 30 principles of a civil, political, economic, social, and cultural nature. They have stood the test of time as guidelines to thinking about the world, drawing renewed support as Covid-19 (not to mention police brutality against BIPOC populations) exposes the defects of modern societies, and will not be undone by Pompeo’s exercise in futility. It is a shame that commission members lent themselves to this maneuver.