To suggest that we should only seek to understand perpetrators if it’s “useful” is contrary to the universality of human dignity.

As a public defender, many of my clients have been the victims of police abuses, from being subjected to public humiliation to being shot—unarmed—by the police. In late 2015, while in the West Bank working with the International Legal Foundation and local Palestinian public defenders, part of my assignment was to attend roundtable meetings with representatives from the Palestinian Public Prosecution and the police force, among others. I had never engaged with police officers in this way, and the intimacy of understanding brought on by rounds of dialogue was initially disorienting. However, the local public defenders leading these meetings strove to understand the officers while never softening their stance against police abuses. These lawyers maintained that the officers, like our clients, had to be understood as a matter of principle.

The question of whether activists should engage by attempting to understand state perpetrators of violence is very different from the question of whether activists should engage by collaborating with them. It may be that, in the end, the answer to one is yes while the other is no. But to maintain a position that activists should not attempt to understand perpetrators of state violence is untenable from an activist perspective. As Rachel Wahl eloquently puts it, “An irony persists when those who affirm universal human dignity cast some people as beyond understanding.” Understanding and engaging with security officers is useful, especially with the goal of disrupting groupthink and harmful norms. More important, however, is that engaging with such perpetrators is right. As human rights advocates we cannot hold anyone to be beyond worthy of understanding, even as we proclaim their actions to be so.

Being a public defender means acknowledging the inherent dignity of every human being.

One concern that arises when public defenders and other human rights advocates engage with security sector organizations is that others may see it as a compromise. This could delegitimize human rights efforts in the eyes of the public at large, the loved ones of the victims, and—worst of all—the security organizations themselves. Presumably, one “moral hazard” is that we may end up diminishing criminal liability, undermining the prosecutions of such state perpetrators of violence, and ultimately excusing their violence as deterministically compelled.

While many people find such defenses distasteful in the context of civilian-on-civilian crimes, the idea that an entire security organization/police force could successfully deflect responsibility is even more frightening. One way to avoid this hazard is to distinguish between perpetrators’ reasons and the causes of their actions. This is the kind of work done by ethnographic interviews with police, such as in work by Rachel Wahl and James Dawes, for example. By accepting that individual perpetrators have reasons for their behaviors, we are granting them the rational ability to reason—which is required for moral accountability and prosecution. We do not assume, however, that officers’ self-understanding explains or excuses their actions.

Danielle Celermajer makes a compelling argument for why it could be beneficial to collaborate with state perpetrators of violence. Rather than endorsing the pursuit of such collaboration, she suggests that if understanding such perpetrators allows the human rights community to stop these abuses, then we should pursue this understanding. 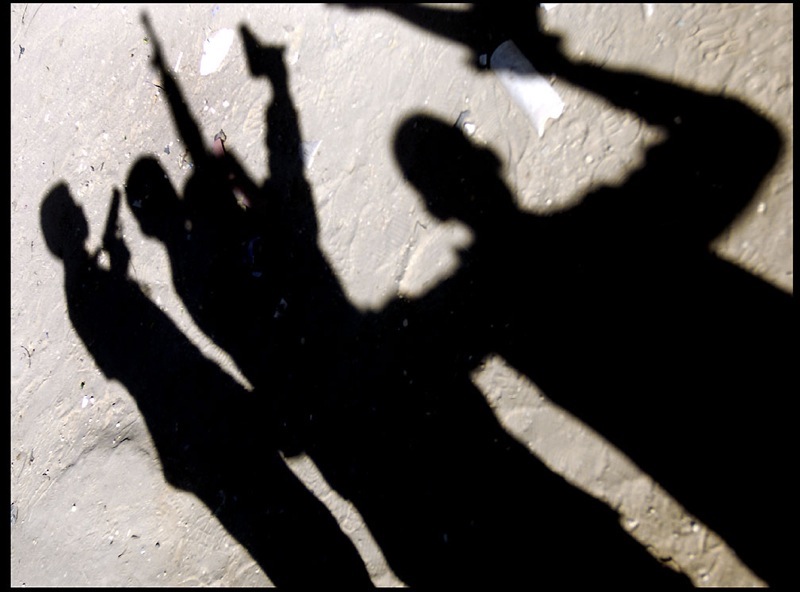 If we in the human rights community see state security officers who do immoral things as similarly “other”, do we not simply become the next link?

Respectfully, I would push us to go further. Being a public defender means acknowledging the inherent dignity of every human being—parents and priests, child soldiers and child molesters, police and pedophiles. We value human dignity for its own sake. To suggest that we should only seek to understand perpetrators if the data says it’s a good idea is contrary to the universality of human dignity.

There is no moral quandary—let alone moral hazard—in understanding the humanity (and therefore, the human reasons) of people who perpetrate crimes, while repudiating the crimes themselves.

As a public defender I have represented people who have been accused of, and have sometimes been guilty of, violent crimes—shootings, robberies, and murders. Many human rights activists are comfortable distinguishing these crimes from crimes perpetrated by official state actors because of the power differential between security officer perpetrators and their victims. This, perhaps, is one reason that these same human rights activists become uneasy when I discuss with them some of the other offenses of which my clients are accused—domestic violence, rape of children, and other crimes where the power differential is similar to that between state actors and civilians.

Perhaps this very repugnance can aid us in understanding perpetrators of violence, from my clients to state security personnel. Typically, such violence is perpetrated by people who perceive the victim as being completely “other”. In turn, the police who apprehend them see my clients as similarly completely “other”.  Many sheriffs have asked me, “How can you defend that guy after what he did to that woman?  How can you say that guy is still a human being after what he’s done?  He’s a monster.”  This “other-ness” allows the police to dehumanize my clients and engage in violent acts against them, with that same inability to empathize. In each link, this objectification seems to allow them to engage in otherwise unthinkable acts. Just as we see them (errant police officers) as an impediment to truth and justice, so in turn do they see my clients (their inmates)—as an impediment to a just society.

If we in the human rights community see state security officers who do immoral things as similarly “other”, do we not simply become the next link? When we cheer the punishment that some violent security/police officer has received for his immoral acts, without wondering for a moment about the loved ones he is leaving behind or his own well-being, aren’t we just as guilty of denying his humanity? This understanding does not mean that we should not prosecute and punish these perpetrators. Indeed, in the past ten years, Philadelphia police officers have fired their weapons at civilians 435 times; 103 of these times the shots were fatal. And not one of these officers was charged criminally. Understanding these officers does not require a subscription to some probabilistic determinism on their behalf. Rather, it means that these officers are credited with the same rational thinking that we allow others and they are held accountable for the actions that they rationally choose.

But why is it worthwhile to engage given the “risks”? A greater moral hazard exists in not engaging with and understanding perpetrators.  By failing to engage, we simultaneously miss the opportunity to cement the perpetrators’ personal responsibility for their crimes and discredit our own work by failing to affirm the basic tenet of humanity in all. Human dignity cannot be selectively afforded. Doing so poses a greater moral dilemma than acknowledging the dignity of perpetrators and engaging with them.

If we could characterize our work as simply advocating for the underdog, we could work hard but sleep easy. True activism is uncomfortable. Should we seek to understand and engage with violent perpetrators and human rights abusers? Our belief in human dignity mandates that we must.

Mythri is an attorney with the Defender Association of Philadelphia. She has worked as a public defender for 15 years and has also worked on justice and economic development projects in the international sphere in Peru, the West Bank, and Tunisia.

Engage when we can, confront when we must

Accountability versus access: collaborating with rights violators in conflict zones