How a particular kind of science fiction resonates with a wide audience and can enrich human rights thinking and practice
By: César Rodríguez-Garavito 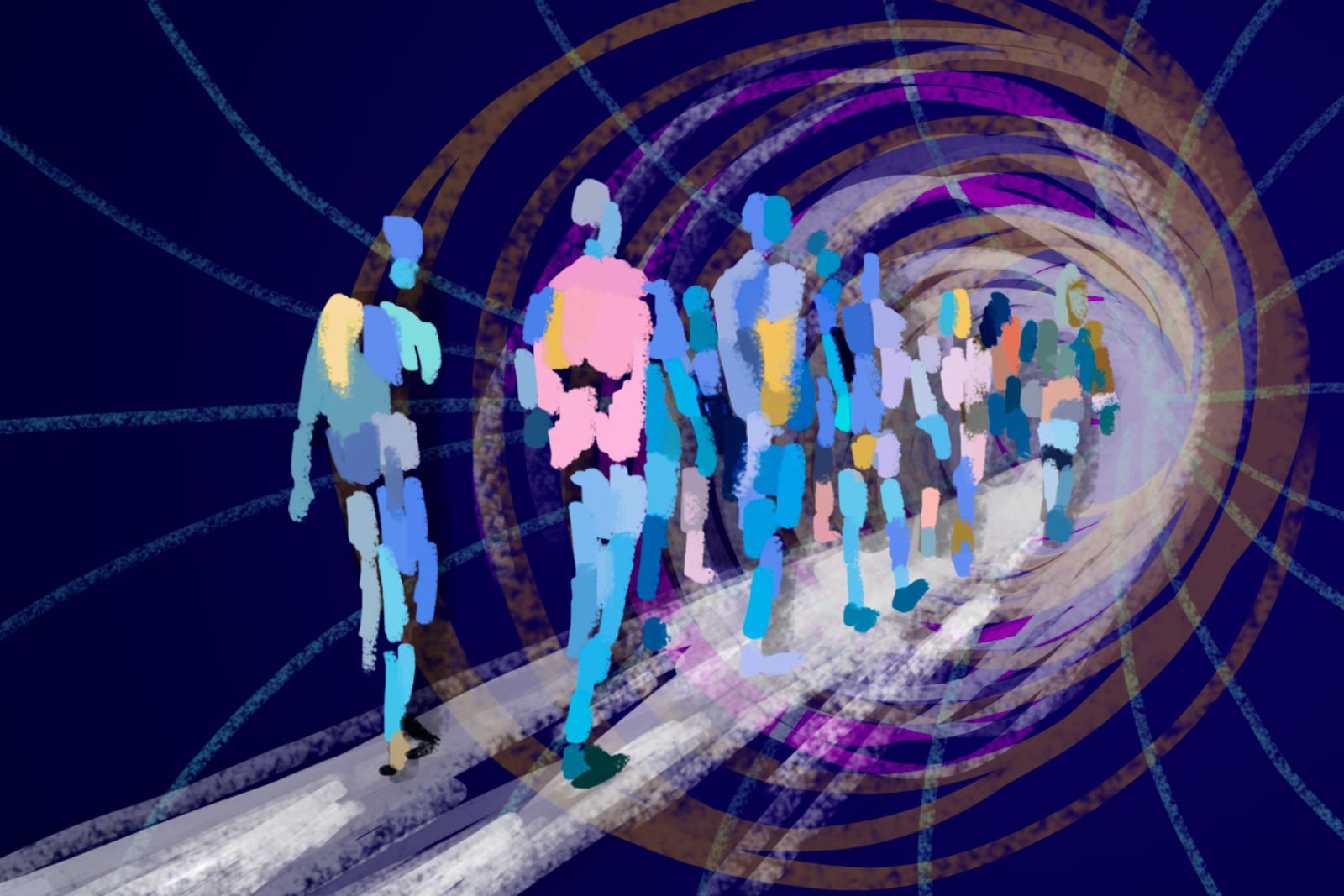 At first glance, human rights have nothing to do with science fiction. Reports, campaigns, and litigation deal with the very real world of wars and authoritarianism, social inequalities, polarizing technologies, ecological collapse, and the other existential challenges to human rights. Hence fiction, and even more so, science fiction, are often seen as tastes outside the profession, relegated to readings or movies for evenings or weekends.

I counted myself among those indifferent to science fiction. That was before I read Kim Stanley Robinson’s novel The Ministry for the Future. Robinson’s novel, published in 2020, about the future of climate change has received the attention it deserves: some have called it the most important book of 2021 while many others have debated the plethora of scenarios, risks, and solutions it projects about global warming over the next three decades.

To add to the acclaim, I believe the novel to be indispensable for imagining the future of human rights on an incandescent planet, which is also why I don’t want to spoil its reading with a hasty synthesis. (A good review can be found here). My intention is to analyze why this kind of science fiction resonates with a wide audience, and how it can enrich human rights thinking and practice.

In a recent interview, Robinson gives a valuable clue. What science fiction does is deploy double vision? “Think of the glasses that you put on at a 3D movie," Robinson says. "Those special glasses have one lens showing you one thing and the other lens showing you another thing, slightly different. And your brain puts together a 3D view from these. So one lens of science fiction is a real attempt to imagine a possible future. The other lens is a metaphor for the way things are right now.”

The book deploys this double gaze skillfully. It begins almost in the present, with the poignant scenes of an extreme humid heat wave that claims 20 million lives in India in 2025. And it closes near 2050, when humanity finally succeeds in reducing emissions of Earth-warming gases. The chapters go back and forth between the short and medium term, in step with the lurches that humans and the planet take during this period. Fires, droughts, hurricanes, mass migrations, melting of the poles and economic crises alternate with unprecedented actions against global warming, from a new world currency that rewards emission reductions to novel environmental movements, both peaceful and violent, to large ecological corridors that preserve endangered species, and successful and unsuccessful geoengineering projects.

This is where the usefulness of science fiction lies. In the field of human rights, I believe it makes three fundamental contributions. The first is to serve as an antidote to pessimism and despair. When the future seems more uncertain than ever—that of democracy, peace, and the planet itself—we need narratives that help us imagine and anticipate other possible scenarios. When the challenges to human rights multiply and it is difficult to see ways out of the present crossroads, we need to think of ways out anchored in a rich reading of the present and a creative and credible vision of the possibilities of the future.

A second benefit of this type of science fiction is to revitalize the utopian vocation of human rights. Against the undeniable evidence of the many human inequalities, human rights propose a moral perspective where all people are equal in dignity and rights. Rights, as Amartya Sen has written, consist fundamentally of this moral vision, defending them means swimming against the current of facts. Hence they have, by definition, a counterfactual, even utopian, vocation.

Credible scenarios today are probably not as optimistic as those that could be imagined in other times. As Robinson has said, to be utopian today is “to believe that we will prevent a cataclysmic [climate] mass extinction in the next 30 years.” It is also to think that human rights can make a decisive contribution to this and other tasks, despite the anti-rights projects of authoritarian governments, conservative movements and recalcitrant corporations. This is indicated, for example, by the renewed interest in international human rights and criminal justice institutions that has followed the revelations of possible war crimes committed by Russia in Ukraine. These may seem like aspirations from another era. But, along with other progressive projects, human rights are the “real utopias” that can help preserve peace and life on the planet.

The third contribution I would like to highlight in The Ministry for the Future is its pluralistic and experimentalist vision. What finally gets global warming under control is not one master solution—a new technology, a social movement, an international agreement—but a multitude of local and global initiatives, not only political but also economic, legal, religious and cultural.

These may seem like aspirations from another era. But, along with other progressive projects, human rights are the “real utopias” that can help preserve peace and life on the planet.

I am convinced that the future of human rights will be equally diverse and experimental. While NGOs and other organizations continue to play an essential role, much of the movement's energy and solutions will come from very diverse actors and actions, from young people protesting in the streets and resisting the formation of organizations, to Indigenous peoples leading resistance actions and informal collectives launching network campaigns.

If science fiction is fertile ground for human rights, so are other fields that share this dual gaze. Foresight studies has become a field and is being used in multiple professions and disciplines. Afrofuturism, feminist and postcolonial science fiction, "solar punk," and other currents are making some of the most relevant contributions and multiplying the angles for imagining the future. Even professionals firmly anchored in the present, such as journalists, are exploring new ways of researching and writing about emerging solutions to social dilemmas. The challenge is to become "short-term visionaries," as journalist Michael Pollan has put it: to be able to detect early the symptoms of social change, analyze them judiciously, and anticipate the futures (plural) that may emerge.

Imagining these futures is a condition for building them. When reasons for despair and dystopia abound, we will have to look for them in the least traveled places, starting with science fiction.

This article is part of a series called The Future of Human Rights Blog. To access the rest of the series, click here.