Past experience suggests warnings that international criminal trials impede peace efforts are overblown. The ICC prosecutor mustn’t politicize her mandate by paying heed to them.

The International Criminal Court (ICC) has generated sharp debate over its nearly 12-year existence. One recurring focus of controversy concerns the impact of the Court’s judicial mandate on peace negotiations. Some peace mediators and scholars have pointed to the possibility that ICC investigations and prosecutions might block the settlements necessary to end armed conflicts. These concerns have been voiced in conjunction with many of the Court’s eight current investigations.

Mediators cited similar criticisms following the indictments of both Slobodan Milosevic and Charles Taylor, but the refrain of concerns over the ICC, a permanent court, have been qualitatively more pronounced. However, as with the International Criminal Tribunal for ex-Yugoslavia and the Special Court for Sierra Leone, that tried Milosevic and Taylor respectively, fears about the ICC’s spoiler role, however deeply felt, are simply not supported by the facts.

Several experts forecast dire consequences over the arrest warrants issued by the ICC prosecutor for Sudanese President Omar al-Bashir, in 2009. Some predicted that criminal charges would imperil, if not destroy, prospects for implementation of the Comprehensive Peace Accord (CPA) between Sudan and an emerging South Sudan. The CPA was drafted to end decades of fighting, facilitate a referendum on independence and, ultimately, it led to peaceful secession for the south. The conventional wisdom at the time was that the ICC arrest warrant would remove all incentive in Khartoum to respect the terms of the CPA, pitching the south back into more years of brutal conflict. Yet, the catastrophic consequences confidently imputed to the ICC warrant never materialized.

The same oversize warnings were raised against pressure to apprehend Congolese warlord Bosco Ntganda, the issuing of an arrest warrant for Joseph Kony and, at one point, the ICC charges against the late Libyan leader Muammar Gadaffi. Nevertheless, despite these dire consequences not occurring, the refrain is repeatedly sounded that the Court poses a real threat to prospects for peace.

In certain situations, under the new rules of the road, there can be tension between justice and peace. But where that tension arises, preemptively throwing justice under the bus is not the way to go.

The concerns arise from the tectonic shift of the last 20 years that has “tilted the arc of history towards justice.” In certain situations, under the new rules of the road, there can be tension between justice and peace. But where that tension arises, preemptively throwing justice under the bus is not the way to go. Rather, consistent with the norm of accountability for the most serious crimes and a court mandated to implement it, the task is to wield a principled, smart diplomatic strategy. The Rome Statute includes some means to minimize the chance of justice undercutting peace efforts. The prosecutor has discretion over the timing of her investigations and warrants; there is nothing in the Rome Statute that requires her to apply for a warrant within a prescribed time limit. Moreover, the Court can decide whether to make public its arrest warrants (which can be “sealed” or “unsealed”).

A recent argument in favor of the ICC prosecutor adapting her mandate to take into account peace and stability, calls for a re-interpretation of the Rome Statute. A provision of the Statute (Article 53) authorizes the prosecutor to halt an investigation or trial if she believes “the interests of justice” -- which are not clearly defined in the treaty  -- require it. The proposal would have the prosecutor broaden the factors she takes into account in determining those “interests of justice.” The new elements for consideration would include the potential effect of the ICC’s intervention on a peace agreement, or on political stability in the country affected, or whether truth telling is an appropriate alternative to criminal justice.

In 2005, Human Rights Watch called on the Office of the Prosecutor (OTP) to establish guidelines to interpret the “interests of justice.” We believed that such guidelines were important to uphold the perception of the ICC as a judicial institution. We opposed the inclusion of peace and stability as factors for consideration under Article 53.

In 2007, the OTP issued a policy paper defining the “interests of justice” restrictively. The policy held that the criteria for invoking Article 53 would be guided by the over-arching goal of ending impunity (the very object and purpose of the Rome Statute). The policy paper went on to underscore the “… difference between the concepts of the interests of justice and the interests of peace and that the latter falls within the mandate of institutions other than the Office of the Prosecutor.” Substantively, the 2007 paper formulated a correct policy for the ICC as a judicial institution. While querying a policy on the basis of its actual practice can be worthwhile, neither the Rome Statute nor the facts (as cited above) support a re-interpretation.

The proposed revision would stretch the prosecutor’s mandate far beyond what the drafters of the ICC treaty envisioned. Not only did the treaty’s Preamble affirm that “… the most serious crimes of concern…must not go unpunished.” It went on to assert the determination to “… put an end to impunity for the perpetrators of these crimes...”. If implemented, the proposal would transform a prosecutorial mandate into one that risks being as much about politics, as it is justice. For the prosecutor to weigh which peace processes to credit, or to speculate about the effects of an investigation on stability, would convert prosecutorial decision-making into a calculation more appropriate for the UN Department of Political Affairs. Moreover, because most decisions under Article 53 have to be approved by the Court, it could propel judges into rendering opinions on decidedly non-judicial questions. The effect would be to blur the distinction that sets the prosecutor and the Court apart from actual political actors. 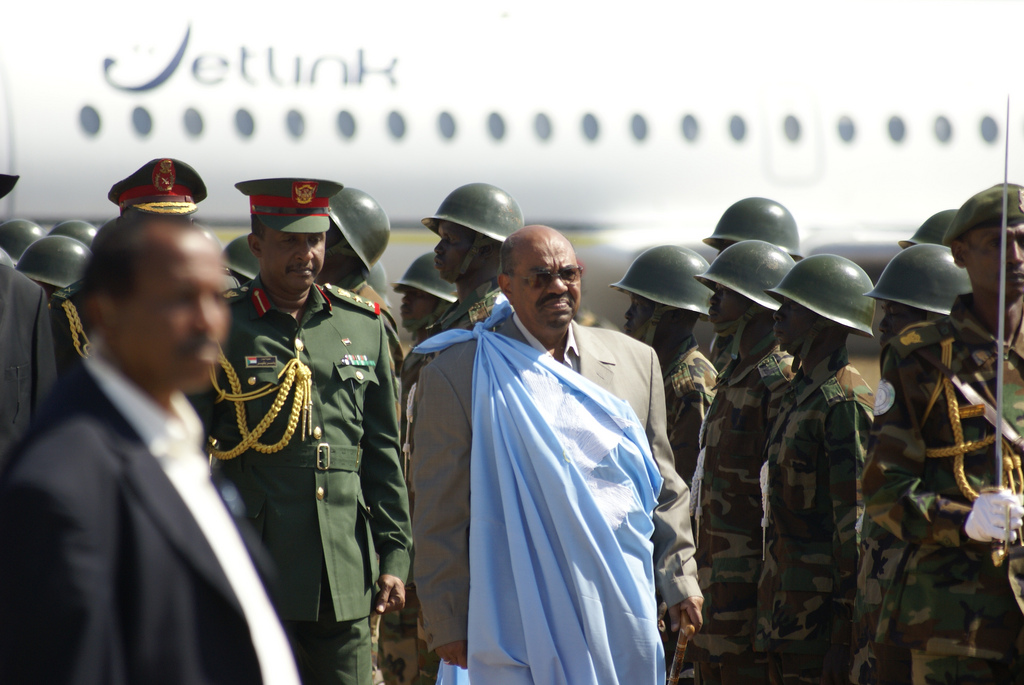 Predictions that ICC charges against Sudanese President Omar al-Bashir would undermine implementation of the peace agreement between Sudan and an emerging South Sudan, proved overblown.

The proposal is flawed on policy grounds as well. If the OTP explicitly agrees to defer arrest warrants to enhance stability, individual officials or rebel groups under investigation will have every incentive to try to manipulate the OTP by appearing to engage in peace efforts when they believe an arrest warrant is near.

The ICC prosecutor is tasked with implementing a judicial mandate on a highly politicized landscape. Her decisions can have major political consequences. The repressive governments that bitterly oppose the ICC’s mission criticize it as a judicial vehicle advancing a political agenda. Establishing the legitimacy and credibility of Court proceedings will depend, in part, on the distance the prosecutor is able to put between her actions and any perceptions of political calculation. The call to re-interpret Article 53 opens the door to the taint of politicization from which there is no return. While the impact of such a revision on a meaningful peace is speculative, the proposed cure is one that could kill the possibility of international criminal trials.

Richard Dicker is Director of the International Justice Program at Human Rights Watch.