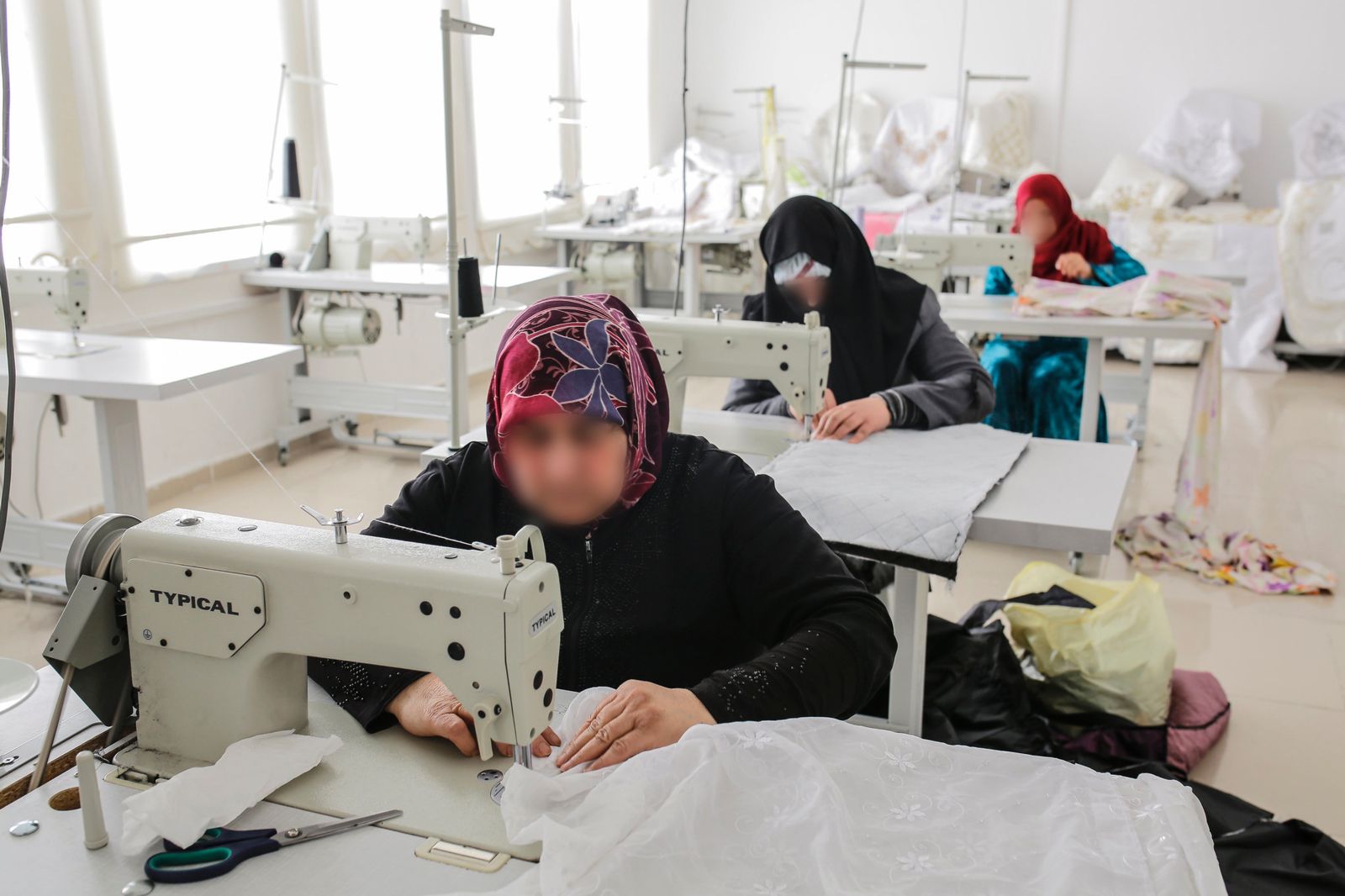 For eight years Syrians have grappled with loss and dispossession. For many, the Arab Spring tales of hope and peaceful resistance have tragically given way to poverty and a fight for survival. Around 3.5 million are living in neighbouring Turkey, where 650,000 have found subsistence and livelihood making clothes for international brands.

But their concentration in an industry plagued by abuse leaves them with limited options and vulnerable to exploitation.

The European Union—which struck a controversial migration deal with Turkey in 2017—has re-iterated its commitments to protecting Syrians in Turkey. However, for Syrian garment workers this cannot happen without addressing the root causes driving their abuse, and the role of European fashion brands in putting these workers in danger.

The fast fashion industry in Turkey: A booming sector at the cost of dignified work

The Turkish garment industry is experiencing an unprecedented boom. Thanks to its ability to produce high-quality products quickly, Turkey is now the third largest clothing supplier to the EU with exports worth US$12 billion per year. The rise of online brands and their emphasis on speed to market, with turnaround times as fast as four weeks, is only fueling the rapid growth of this sector.

But in a country like Turkey with weak labour legislation, fast production thrives on the nimble fingers of (mostly women) workers and the squeezing of their rights. The evidence of child labour in Turkey’s supply chains and the alarming call for help from workers which, in one recent campaign, made it all the way to European shops, are only the symptoms of a deeper problem.

The problem stems from brands putting profits above people, and outsourcing their liability to subcontractors in Turkey, driving a race to the bottom among suppliers on wages and conditions. This reliance on subcontracting to meet rising demand for fast fashion is making supply chains increasingly complex. The majority of Syrian refugees work for unauthorized subcontractors, where they are exposed to dangerous and unhealthy working conditions, exploitative management and violence fueled by sexism and racism. As many perform home-based garment work, risks become even harder to assess and workers’ voices are further isolated and silenced.

For the past three years, the Business and Human Rights Resource Centre has analyzed the business practices in Turkey’s garment supply chains. Our latest research finds that, despite some fashion brands’ efforts to improve working conditions, their constant quest for cheap prices and their power over suppliers during order and price negotiation fuels abuse of workers in their supply chains.

Our in-depth interviews with five Turkish suppliers to European brands reveals that short-term arrangements with suppliers are creating precarious employment and excessive overtime, while demand for cheap prices is driving down workers’ wages. Suppliers reported having to agree to impossible deadlines to secure orders, and then having to subcontract work to smaller factories, require excessive overtime, and use high numbers of casual workers for short periods.

These unrealistic turnaround times means suppliers end up using unscrupulous sub-contractors who will place the burdens of demand on to their workers. And brands are penalizing suppliers for delays as a matter of course, even when such delays are due to unrealistic expectations of speedy production.

Beyond social auditing and multi-stakeholder initiatives

In this context, soft measures to protect workers are not fit for purpose. Second and third-tier producers are usually excluded from social auditing, so they are not tested on whether they meet brands’ human rights standards. While brands’ engagement in multi-stakeholder initiatives such as the ETI Turkey Platform have proven successful in raising awareness of workers’ rights issues, there is no technical fix to the long hours and poverty pay of garment workers in supply chains.

Instead, clothing brands should raise the floor for workers, by committing to meet increases in the minimum wage, and by engaging in broader discussions around putting the concept of a “decent wage” at the core of their business models. Ultimately, brands must urgently overhaul their own abusive purchasing practices, which are the drivers of exploitation and undermine any efforts they make to ensure rights are respected in their supply chains. There’s also a need to move beyond relying on voluntary good practice by companies and work towards binding regulations to hold businesses accountable.

For the EU to live up to its commitment to protect Syrians in Turkey, it should build on the momentum towards mandatory human rights duty diligence, so companies are legally required to identify and prevent human rights abuses in their supply chains. Such legislation has already been introduced in France, with 2017’s Duty of Vigilance Law, which requires companies produce a “vigilance plan” to prevent abuse in their supply chains, and lets victims seek justice for non-compliance.

Similar initiatives towards strong corporate accountability are gaining support in the Netherlands, Finland, Switzerland and Germany, raising the prospect of European clothing brands taking direct responsibility for abuse happening in other countries.

Along with strong human rights legislation, workers (particularly women) should be given a voice through trade unions and regional solidarity groups, so they can bargain collectively for better conditions.  Brands should actively support workers’ representation and develop costing models that provide living wages for their workers.  Until brands take responsibility for the human and labour rights impacts of their unfair purchasing practices, Syrian refugees and garment workers worldwide will continue to pay the price.

Salma Houerbi is the MENA regional researcher and representative at the Business & Human Rights Resource Centre.