Trends in Google searches show that most internet users are interested in the human rights during crises or policy changes, often due to media prompting. How do we become more than passive recipients of human rights? 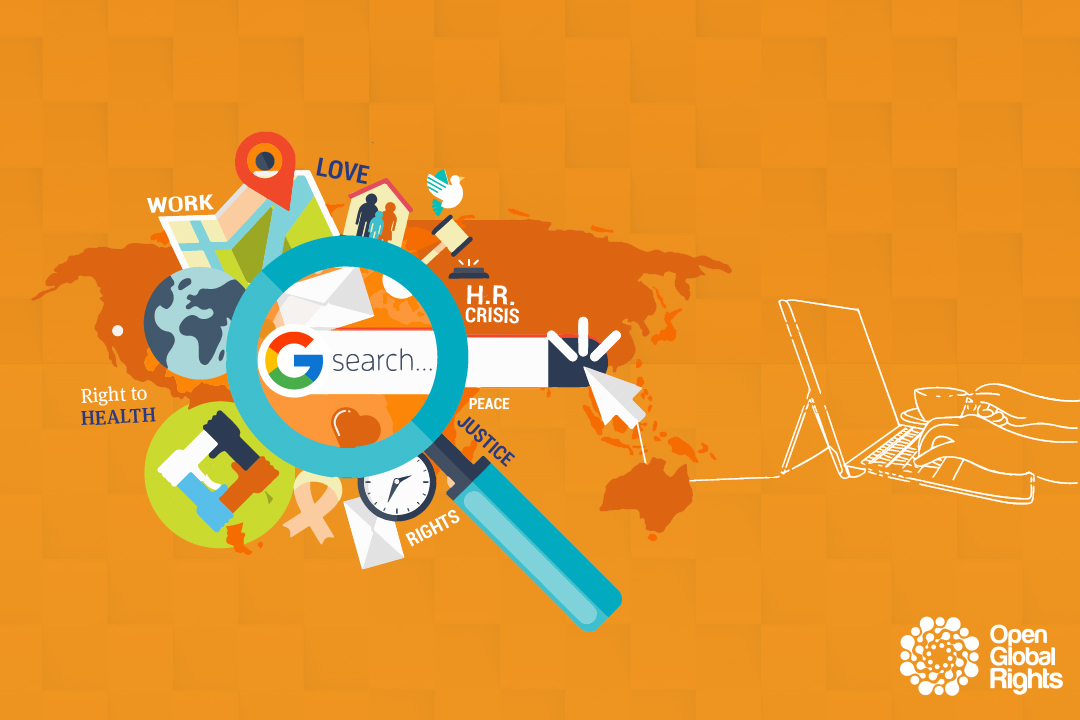 Another interesting finding comes from analyzing the peaks of Google users' interests in the term "right to die" in the United Kingdom since 2004.

A recent article on OpenGlobalRights has called readers to make human rights great again, assessing the importance of breaking the misconceptions about global rights in a time of increasing populist movements. Such misconceptions compel us to wonder about how people get informed about human rights in the first place. Gone are the days when we were only informed about our entitlements as human beings through our parents, or through a lawyer friend we may have. With the ascendency of the internet, we are often one swipe away from an article about human rights violations or Malala's tweets. But how often are we googling about our rights, and why? Are we researching our human rights to learn about and promote them, or are we simply looking up how they were violated in a given country after reading sensationalistic news stories?

In my research, I seek to evaluate internet users' interest in their own human rights by using internet search data. If people are researching rights only for information on a specific situation, and not necessarily to promote them, should we be changing our googling habits, or our general engagement with human rights?

In this research, I restricted most of my findings to results found on Google Trends, a statistical engine that stores the search behavior of Google users. The first interesting finding shows the evolution of Google users' interest in the term "right to health" since 2004. The chart displays an irregular curve, which goes up and down, often radically, without much stagnation. This is particularly interesting when compared with people's interests in other, more generic terms, such as "work", "love", or even "rights." The latter terms generate a more or less stagnant curve with no radical ups or downs. These ups and downs in the case of the right to health likely indicate that certain events shape our understanding of our right to health, or at least our road to its understanding.

I restricted most of my findings to results found on Google Trends, a statistical engine that stores the search behavior of Google users".

Another interesting finding comes from analyzing the peaks of Google users' interests in the term "right to die" in the United Kingdom since 2004, which, according to Google Trends, spiked drastically in December 2008. Throughout that month, the UK's major newspapers published articles dissecting the controversial topic of euthanasia, which is still illegal in the United Kingdom in 2018. From The Guardian's Op-Ed, "Legalize right to die? Over my dead body" to The Independent's article, "Michael Wenham: 'I don't want the right to die'" and BBC piece, "I'll die when I choose", the month's media cycle could, in part, explain the flock of UK residents googling about the right to die. Euthanasia remains a disputed right globally, but could the rise of internet user interest—likely prompted by external content such as media interpretation of the topic—shed light on our general engagement with our supposed entitlements as living, or dying, human beings? For example, do we wait for the media to kindle our interest in specific rights and guide us to sources, when all the information is already available online?

I then investigated whether a more universally accepted right, such as the right to education in the world, would bring similar findings as the right to die in the UK. Interestingly, the curve also displays eye-opening outliers, with a specific interest in the right to education in April 2010. The global media cycle for this time period overwhelmingly points to the "Right to Education Act" that officially came to force in India, with the Times of India proclaiming "From today, every child has a right to education." Once again, internet users' relationship with their rights seems to be linked with the overall discourse about these rights, and this relationship seems vertical between us, our rights, and the actors, on top, be it media newsrooms, Op-Ed writers, or legislation bodies, which influence our understanding of our rights and prompt our engagement with them.

My findings on Keyhole, a software that analyzes tweets about a certain hashtag or keyword, contribute further evidence of these vertical relations. These results show that 92.5% of 200 tweets containing "the right to health" and circulating Twitter during a random week in May turn out to be retweets, restricting the original tweets, barely 5%, to a few accounts. These original posts come from media entities and even Amnesty International—once again actors vertically shaping our understanding of our own rights. Arguably, this is less ideal than an online world with a more horizontal discussion about human rights, such as Indian students tweeting about their right to education or concerned global citizens debating, without external mediators, important topics such as euthanasia.

But why does it matter if we are merely retweeting ideas about our rights? Is it a problem if we only become interested in our fundamental rights in their absence, when we are reminded of them by media entities and NGOs? The problem perhaps lies not in the specific way we interact with our human rights but in the general hierarchal structure of media and online environments, and our tendency to be caught as passive consumers of news, not creators. Although it is productive to refer to news sources when we are accessing experts' knowledge on issues, our passive engagement online results not only in a higher chance to be fooled by fake news—which is 70% more likely to be retweeted than authentic news—but it also inevitably results in less awareness about human rights. Even algorithmically, the positive tweets of Amnesty International become less apparent in a user's timeline when most of us are directly tweeting, quoting, and commenting on celebrity tweets instead.

Yet there is some evidence of a less passive relationship with rights. When reviewing the Google Trends results of the past five years for the "right to abortion" versus the "right to health" in the US, the latter, because of its more general wording, trumps the former in all instances—except one. In the week of May 11 until May 17 in 2014 internet users, primarily women but also men, were more often googling about their right to abortion than their general right to health. Instead of the typical vertical relations in the media cycles of that week, where media entities inform us about our rights, these outlets were instead covering protests around America marching against strict abortion laws. This is perhaps the best example of us, the people, becoming the creators of news, rather than the passive subjects.

So go ahead. Make human rights great again. Or at least, do more than just Google them.

Rayyan Dabbous is the Lebanese author of Bad Men, the writer-director of Up For Grabs America, and the founder of the Boumerang Foundation, which aims to create global citizens through advocacy and educational programs. His research at New York University focuses on human rights, media, and global studies.