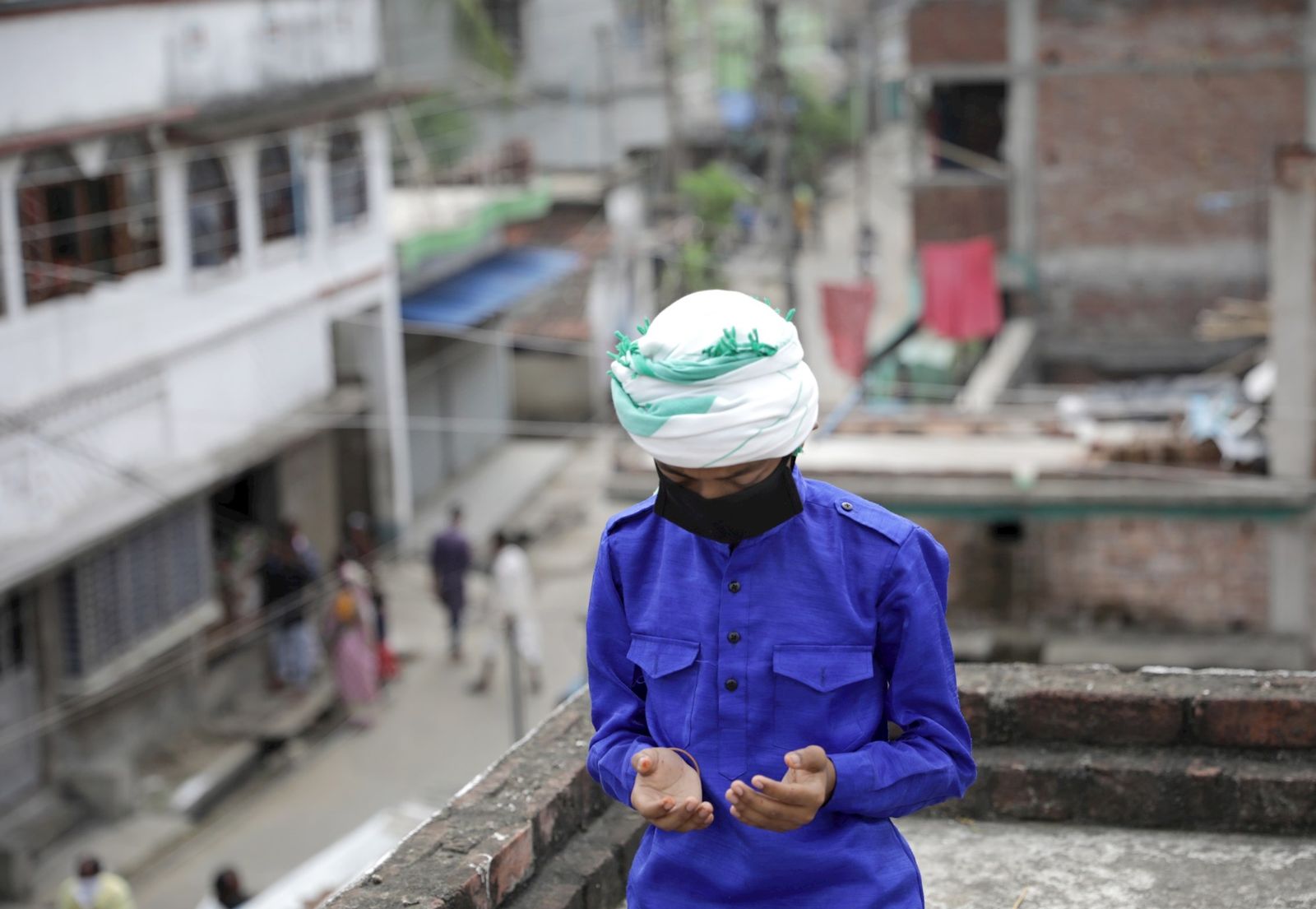 “The virus doesn’t discriminate—but its impacts do.” These are the words of the UN Secretary General, Antonio Guterres, at the presentation of his recent report, We are all in this together, on human rights responses to COVID-19. Those who are already vulnerable and marginalised are disproportionately affected by the pandemic, and this includes many religious minorities.

Throughout the world, religious minorities often—although far from always—belong to the poorest segments of the population; they have less access to education and healthcare, their housing situation is inadequate, their job situation is more insecure and their income lower than the majority population. In relation to COVID-19, this means that they, together with other vulnerable and marginalised groups, have fewer possibilities for prevention and less access to treatment if they get sick. In Pakistan, for instance, sanitation workers are largely from the country’s Christian and Hindu minorities. Cleaning hospitals, streets and sewers, they have long faced appalling working conditions, and in the current situation they are not being provided with personal protective equipment.

Displaced religious minority groups living in refugee camps are particularly vulnerable. Cox’ Bazar in Bangladesh, for instance, houses more than a million Rohingyas who have fled military crackdowns in Myanmar. The population density of the camp, the unhygienic conditions, the lack of clean water and the severely limited number of health facilities makes this a “tinderbox” for the spread of the virus. States have a human rights obligation to ensure everybody’s right to health and access to basic healthcare. This also, and perhaps especially, applies in situations of crisis such as this.

But COVID-19 is not only a health crisis. It is also a crisis “that exacerbates xenophobia, hate and exclusion,” as the UN Special Rapporteur on Minority Issues, Fernand de Varennes, recently said. Crises often lead to an increase in harassment, discrimination and stigmatisation, and the COVID-19 pandemic is no exception. Economic insecurity, health concerns, fear and frustration are fertile grounds for scapegoating—and it is often those who are already marginalised or vilified who are targeted. In more than half of the world’s countries, religious minorities are already experiencing different kinds of social hostilities. In these contexts, they can come under special risks of what some have referred to as “coronavirus-stigma”. Ahmed Shaheed, the UN Special Rapporteur on Freedom of Religion or Belief, recently expressed his deep concern over “the upsurge in incitement to hatred, scapegoating religious or belief communities, including Christians, Jews, and Muslims, for the spread of virus.”

In Turkey anti-Semitic conspiracy theories circulate on social media; in the UK, far-right groups blame Muslim immigrants for the virus; in Somalia, militant Islamists claim it is spread by “[Christian] crusader forces”. Developments in India are particularly worrisome. After Indian authorities traced several cases of COVID-19 to a Muslim missionary organisation, fake news began circulating on social media, claiming that members of the organisation, as well as other Muslims, engaged in deliberate spread of the virus by, for example, spitting on people. Under the hashtag “corona jihad” Muslims are accused of using COVID-19 as a weapon against the Hindu population. Even members of the ruling Hindu-nationalist party BJP have contributed to spreading such mis-information. Throughout India, reports speak to violent attacks on Muslims and vandalism against mosques; boycotts of small businesses; and sick people being denied treatment in hospital.

COVID-19 can also result in heightened government discrimination against religious minorities. Crises will often accord greater leverage to governments, justifying actions that would otherwise be unthinkable. To prevent spread of COVID-19, governments around the world have introduced a range of drastic measures, including isolation and curfews, restrictions on larger gatherings, and travel bans. Such initiatives have severe economic consequences for all. But poverty and job insecurity mean that some religious minorities, along with other vulnerable and marginalised groups, are hit disproportionately hard. The COVID-19 emergency thus accentuates existing social and economic inequalities.

There are also worrying signs that some states use precautionary measures as a pretext for more direct discrimination against certain groups. Government restrictions on religion are everyday occurrences for many religious minorities. More than half of the world’s religious minorities experience restrictions on e.g. legal recognition, establishment of places of worship, or religious practices. In countries where minorities’ right to freedom of religion or belief is already under pressure, there is a risk that COVID-19-related measures will further limit this right.

In some places, what seem to be proportionate measures are enforced discriminatorily. In Nepal, there are reports that the police have reacted more severely against minority Christians who have broken the ban on larger gatherings, than on illegal gatherings among the Hindu majority population. In South Korea, local authorities have asked prosecutors to begin a murder investigation of the leadership in the Chincheonji Church, to which many of the country’s first COVID-19 cases have been traced. Elsewhere, the measures in themselves appear discriminatory. In Sri Lanka, health authorities have ruled that people who have died from COVID-19 must be cremated, even though WHO guidelines explicitly state that burial is acceptable. This has consequences for the country’s Muslim minority in particular, insofar as Islamic traditions do not allow for cremation. So far, three Muslim victims of COVID-19 have been cremated against their families’ will.

COVID-19 has also given authorities, social media and technology companies carte blanche to monitor populations’ movements, health, and contacts—often without any form of consent. The pandemic has justified the abandonment of many or all privacy rights in the interest of beating the virus.  This will make any persecuted or vulnerable members of society at increased risk of state or other harassment or attack if data exists which can be misused over the longer term. Only time will tell if these measures are reversed and the collected data destroyed when the emergency is over.

Fighting COVID-19 must also be about fighting the inequalities, stigmatisation, and discrimination that it exposes and exacerbates. This requires a strong human rights approach. As noted by the UN Secretary General: “Responses that are shaped by and respect human rights result in better outcomes in beating the pandemic, ensuring healthcare for everyone and preserving human dignity.”

In his recent statement, the Special Rapporteur on Freedom of Religion or Belief urged not only states but also faith leaders, civil society, media, and the general public “to reject hate and exclusion and provide support and solidarity to those who could be victimised at this difficult time”. And there are many examples of people doing exactly that. Clerics are calling out hate speech by members of their own religious community. Social media companies are taking down fake news. Local communities are seeing that whatever differences exist are less important than meeting the test of common humanity and solidarity that this virus sets for us.

We all need to guard against the virus being used to divide, scapegoat, and discriminate. We must join together to protect as many people as possible from both the disease and the effects of containment measures, no matter how stressed and afraid we may all feel.

Sajjad Hassan is the director at the South Asia Collective.