What’s next for the Lima Programme, a two-year work program created during COP20 to advance gender-responsive climate policies. 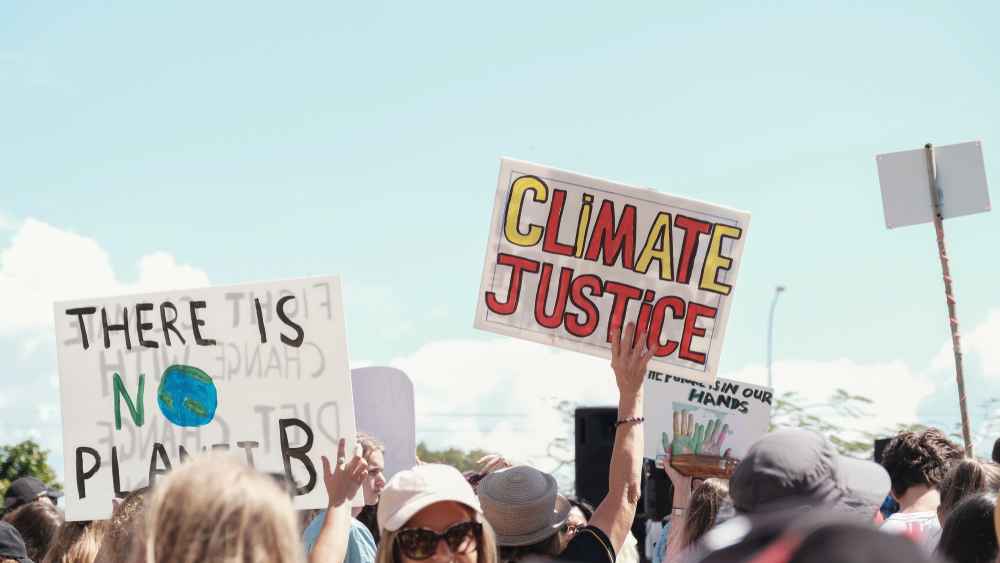 Signs are held up during a global climate strike in Queensland, Australia in 2019 | Source: Shutterstock

Women in the southern hemisphere are expected to face 80 percent of climate change impacts on water, food access, safe waste disposal, and childcare. But at the prevention and negotiation levels, women are inadequately represented. In 2014, in response to the ongoing absence of international climate gender justice, the UN Council of Parties offered for the first time an equitable gender policy alternative: The Lima Programme.

The 1985 Nairobi Forward-looking Strategies for the Advancement of Women  represented the first time climate change and gender were connected on a UN level. The strategies were designed to achieve and accelerate the “economic and political emancipation of women.” Further, the Nairobi Report highlighted how developing and improving infrastructure to better support women was “fundamental to the development of all societies.” Several years later, the 1992 Rio Earth Summit  included the implementation of forward-looking strategies, “particularly with regard to women’s participation in national ecosystem management and control of environmental degradation,” as an objective on their agenda.

The resulting Rio Declaration proclaimed that “[h]uman beings are at the center of concerns for sustainable development”—yet a key element is missing from this. Geraldine Terry, a gender rights specialist, pointed out the absence of the “social dimensions” of climate change—including gender relations.

Promises may be made to ensure that women participate in environmental matters, but rural sociologist Shoshanah Inwood tells us that women’s access to “land, credit, and information,” especially in poorer nations, will continue to be less than men’s in a gender-inequitable market. To help remedy this, the Fourth World Conference on Women in 1995 produced a momentous declaration: the Beijing Platform for Action.

The Beijing Platform for Action crafted three objectives for governments, NGOs, and international organizations. First, women must be actively included in environmental decision-making at all levels. Second, gender concerns and perspectives are to be integrated into all sustainable development programs. And third, assessment mechanisms for environmental policies need to be either established or strengthened at all levels.

These objectives are best realized through gender mainstreaming. According to the European Institute for Gender Equality, gender mainstreaming is a means to achieve gender equality through the integration of gender perspectives into each phase of policy development, ensuring “the specific needs and interests of women and men are equally addressed.”

Through a climate lens, gender mainstreaming improves equitable access to legal climate spaces and “facilitat[es] a form of participation that enables women as well as men to influence the entire agenda and priorities of the organisation.”

The specific approach to gender mainstreaming, however, was not agreed upon – resulting in a conflict between two major modern gender and climate instruments: the Council of Parties’ Lima Programme and the Convention on the Elimination of all Forms of Discrimination Against Women (CEDAW) Committee’s Recommendation 37.

The Lima Programme is a two-year work program created during COP20 to advance gender-responsive climate policies, including a “mapping of all relevant decisions on gender and climate change.”

COP23 later published a gender action plan under the Lima Programme, designed to “advance women’s full, equal and meaningful participation and promote gender-responsive climate policy and the mainstreaming of a gender perspective in the implementation of the Convention.” Further, these programs stray from the often-used victim narrative and instead brand women as “powerful agents of change in the environmental sphere.”

The Lima Programme also acknowledges the need for gender-responsive climate policies under all activities within the UNFCCC, requires increased efforts to be made to improve the participation of women at all levels of party delegations, and encourages building the skills and capacity of said delegates to ensure women’s effective participation.

The UN has previously blamed the absence of women in critical climate roles on “a lack of women and gender experts in climate-related negotiations,” so this last element is exceptionally crucial. The Programme’s major outcome was the establishment of a “two-year work programme for promoting gender balance and achieving gender-responsive climate policy.” However, such a major task requires more than two years to be successfully achieved.

After these two years had passed, a less ambitious alternative to the Programme was put forward: CEDAW’s General Recommendation 37 of 2018 (GR37) (gender-related dimensions of disaster risk reduction in the context of climate change). GR37 adopted the position that gender is based upon a belief wherein “men are assumed to be the norm from which women differ,” placing the onus upon women and girls to increase their awareness and chances at participation in climate processes. GR37 also points out the “higher vulnerability and exposure of women and girls” and yet fails to address the barriers faced by women in gaining access to disaster risk reduction frameworks.

GR37 assumes “women’s universal vulnerability,” makes general claims about women’s disadvantages using inadequate data, and restricts gender-based violence to women and girls. Once again, women are forced into the category of victim, associated with “tragedy, powerlessness and helplessness.” The absence of intersectionality, especially given Black women’s inextricably linked experiences of racism and sexism, limits the effectiveness of any future climate regulations.

Though the Lima Programme has room for improvement when it comes to intersectionality, COP is not a gender-focused body. CEDAW, on the other hand, is. The Committee should be expected to use a multi-axis approach to gender discrimination.

Moving forward, the CEDAW Committee should invest in intersectional and interdisciplinary approaches towards its climate policies, to prevent the categorization of women as one homogenous, vulnerable entity. All future climate disaster risk reduction frameworks need to utilize the empowering approach of the Lima Programme, together with the inadequately used expertise of the CEDAW Committee, to ensure that we do not repeat the failures of the UN’s past.

What’s more, appropriate timeframes should be provided for such ambitious endeavors. The world’s most ratified climate treaty—the Paris Climate Change Agreement—already shows strong promise with space in both the preamble and article text dedicated to gender equity and gender-responsive approaches. However, 2022’s Conference of the Parties has disappointingly not highlighted gender mainstreaming as one of its central topics.

Until all major climate bodies, conventions, and committees pledge their concerted efforts towards intersectional and gender-empowered climate policy, successful climate protection will never be fully achieved.

Freya Doughty is a legal doctoral student at Washington University in St. Louis and a research assistant for the Gephardt Institute for Civic and Community Engagement. Her research focuses upon the intersection of international environmental law and international human rights law.