Civil society organizations (CSOs) all over the world are under significant pressure. Armed with smart phones and connected like never before, civil society actors have found new ways to organize, demand greater government accountability, and inject their voices into policy debates. As citizens’ voices have grown louder and more influential, many governments have responded by cracking down on civil society. According to CIVICUS, a global civil society alliance, in 2014, there were serious threats to civic freedoms in at least 96 countries around the world.

One of the primary tactics governments are using to repress civil society is the stigmatization of activists and organizations. Governments from Egypt to Russia have conducted smear campaigns to turn public opinion against CSOs and portray them as “foreign agents” or “undesirables”, intent on destabilizing society. Perhaps of greater concern, well-established democracies have taken steps to silence and demonize organizations that dare to speak out against government policies or priorities. India, for instance, has attempted to discredit Greenpeace, the Sierra Club and other environmental organizations that have opposed mining, nuclear and power projects, suggesting that these organizations are undermining the “national interest and security” by creating obstacles to economic development. Kenya has characterized human rights organizations that have been critical of the government as “evil society” and resorted to crude imagery that “casts rights leaders as traitors and money scavengers chasing foreign cash.” 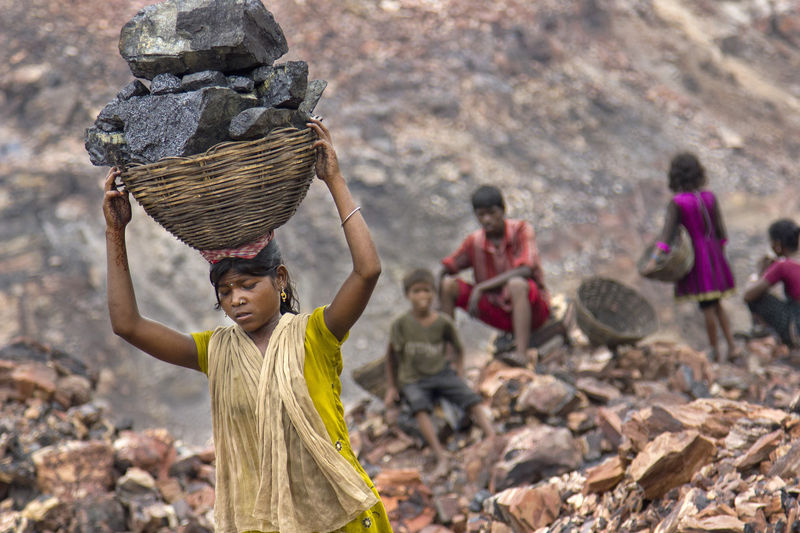 India has attempted to discredit environmental organizations that have opposed mining, nuclear and power projects, suggesting that these organizations are undermining the “national interest and security” by creating obstacles to economic development.

CSOs need to approach messaging with the same degree of sophistication and rigor that marketing or advertising firms apply to selling products.

As such narratives have gained traction, donors and civil society leaders have come to realize that they cannot take public support for granted. There is a growing consensus that developing positive narratives and conducting strategic communications campaigns are crucial elements of the pushback against closing space. Yet, CSOs (and the donors who support them) need to approach messaging with the same degree of sophistication and rigor that marketing or advertising firms apply to selling products and services.

First, the message must come from a credible messenger. Social science research has shown that if the messenger is not viewed as trustworthy or authentic, attempts to provide corrective information that counters strongly held views will likely be ignored, or worse, harden those views. Second, the message must be compelling and framed in a way that will resonate with the target audience. It is not enough for a message to appeal to someone’s values and emotions—it must also emphasize opportunities for action or other solutions in order to be effective. Finally, the message must be crafted with a specific audience in mind and disseminated on platforms that will maximize the likelihood that target groups consume the message.

Public opinion polling and focus groups are essential to crafting narratives that will enable human rights organizations to more effectively accomplish their goals, which, in turn, strengthens their credibility and demonstrates their contribution to society. Organizations like Equally Ours in the United Kingdom have conducted detailed research, including surveys, to understand how people understand and react to different messages. Based on their findings, they generated guidance for how organizations should talk about human rights in order to build support for human rights principles and prevent the further deterioration of human rights protections.

However, surveys are not a panacea to improving the public’s perception and support for human rights and human rights organizations. According to Nat Kendall-Taylor, CEO of the Frameworks Institute, “While polls help researchers formulate hypotheses, without controlled experimental components, they do not tell us how messages will work to shift, change or channel public opinion and increase support.” Additional research is required to test the impact of strategic communications campaigns on individuals’ perceptions, attitudes, and behavior. There, too, public opinion surveys and focus groups, social network mapping, and other innovative monitoring and evaluation techniques that have been applied to other disciplines, like public health, could help enhance the effectiveness of messages.

There are a number of challenges to developing empirically-based approaches to messaging. For one, surveys, focus groups and experiments are expensive, time consuming, and require technical expertise that most donors and civil society groups do not possess. At a time when funding for democracy, human rights, and governance programs is declining, donors are reluctant to channel resources into research instead of concrete projects with more certain impacts and beneficiaries. Conducting surveys can also be politically fraught and attract unwanted opposition from partner governments. Donors are sensitive to the perception that they are collecting intelligence or meddling in the internal affairs of other countries. Finally, there are cultural barriers to adopting data-driven approaches to communications. CSOs, particularly with a longstanding presence in society, often assume that they know what the public and their constituencies are thinking and what they want. A lot more work needs to be done to persuade civil society actors about the value of using public opinion surveys to better understand their constituents’ views, needs and priorities.

As restrictions on foreign funding, barriers to registration, intervention in CSOs’ internal affairs, and other forms of harassment become the new normal, donors and civil society are going to have to adapt to survive. A key component of building the resilience and sustainability of the sector must be to help CSOs build public support for their work and for the freedoms of association, assembly, and expression that underpin their operations. Evidence-based and data-driven strategic communications campaigns are not a silver bullet and will not, alone, turn the tide of closing space. However, investing in such efforts can help improve the efficacy and overall image of civil society, making it harder for governments to crack down on CSOs without provoking a public backlash.