The recent behaviour of police in India begs the question: is a punitive approach to a public health crisis necessary and warranted? 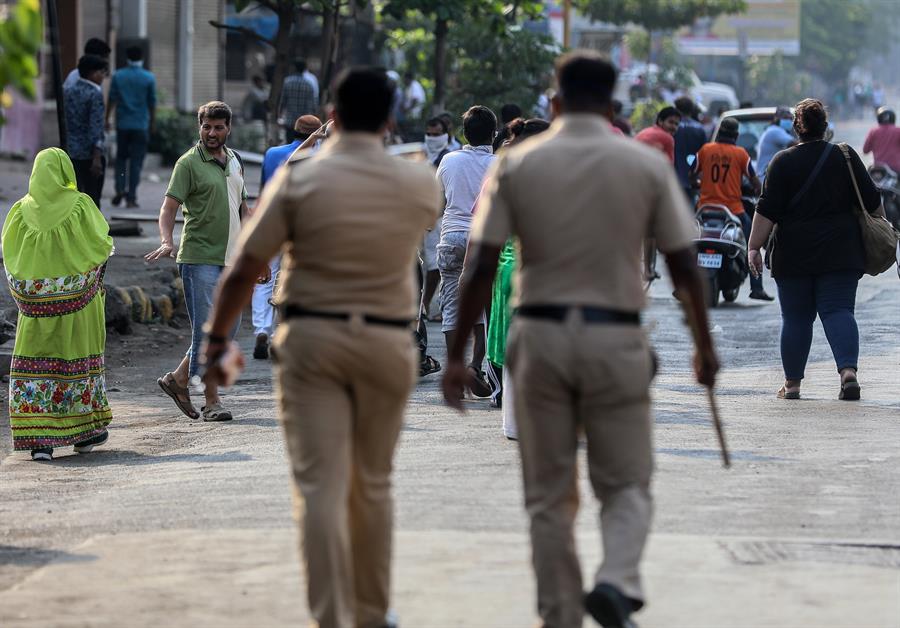 The recent spike in police excesses on Indian streets since the COVID-related lockdown was announced nearly a month ago raises important questions surrounding policing in India. The most palpable aspect is the deterioration of police-civilian relations and the abject lack of trust in democratic policing. While the Indian police default to over-policing and criminal-law approaches to most issues, at a time like this it is important to police with compassion and empathy instead, using non-violent means to build trust and secure compliance. The pressure to perform, along with being overworked, underpaid and under severe stress, will likely exacerbate the use of violence by police during a crisis of this nature.

Even those working on the frontlines have not been spared, as several healthcare workers, suppliers and vendors of essential goods, and agents of delivery services faced undue harassment at the hands of the police while carrying out their jobs. The situation also endangered the supply of essential goods and services early in the lockdown. The lack of clear directives to the police regarding what is permissible under lockdown conditions, along with the apparent lack of instructions on how to deal with people’s confusions and anxieties in a humane manner, seem to have resulted in this situation.

While the police seem to be exercising disproportionate force against everyone, the most vulnerable sections of society, as always, bear the worst of it—reinforcing and exposing existing social fault-lines. News like that of Adivasi (indigenous tribal) women in Assam brutally assaulted by enraged policemen while carrying home foraged vegetables and firewood, or the disturbing account of over 40 policemen tracking down a group of Dalit teenage boys in Gujarat to arrest and beat them for going to the market, expose a glaring reality. The invoking of  legislations such as the Disaster Management Act 2005 and the Epidemic Diseases Act, 1897, violations of which are liable for punishment including imprisonment, makes the situation even more dire for marginalised groups who often cannot afford to stay home.

At a time like this it is important to police with compassion and empathy instead.

On receiving overwhelming backlash regarding police excesses under the lockdown, several senior officers and police chiefs across the country were quick to disclaim responsibility or condemn the acts of their subordinates, some even resorting to sacking the policemen involved. However, in most instances, police indulging in violence against citizens have been let off with milder consequences. The police and even some elected representatives in several states did not only condone, but in some instances also rewarded the use of brute force against the country’s citizens. A lawmaker in Uttar Pradesh, for example, declared a cash reward to police personnel who shoot violators of the curfew, even offering to write to the government for their promotion.

India perhaps has a “Dirty Harry” problem where police in India have internalised the notion that good and necessary ends can only be achieved through “dirty” means; that is, that violent, inhumane methods are needed to maintain public order, and in this case to keep the Coronavirus at bay.

However, it is not only in a situation of such dire proportions that police employ these means—Indian policing has institutionalised the use of brutal methods for what they perceive is the “greater good”. Torture and violence are but an ordinary part of policing tools in India, used variously and ostensibly to “investigate”, to punish and to prevent and control crime. Indian police have dirty hands, ironically getting dirtier in these times of the Corona crisis.

Where there is no villain in the COVID-19 emergency, it is worrying that the police in India resort to creating villains of the average person.

First coined by Carl Klockars, an American criminal justice and ethics scholar, this characterisation of police behaviour comes from Dirty Harry, a fictional policeman portrayed by Clint Eastwood in the Dirty Harry film series from the 70s and 80s. His idea of justice was characterised by violent, questionable methods of achieving them. Over the years, we have seen the portrayal of violent, fast-talking cops in films and television, both Indian and international. Along with structural issues and the colonial legacy of policing in India, this is perhaps another major reason for public buy-in to police violence as a method of crime control and maintenance of order in pre-Corona times— and the negligible public demand for democratic policing.

But now more than ever, activists and governments should be reminded of the 1829 Peelian Principles of Policing, in which Principle 6 states:

“The police should use physical force to the extent necessary to secure observance of the law or to restore order only when the exercise of persuasion, advice and warning is found to be insufficient to achieve police objectives...” (Emphasis added).

Peelian principles are also the source of the model popularly known as “policing by consent”, relying on minimal force and a service-minded approach to policing the public. Criminalisation of people’s movements in public and the characterisation of a supposed breach and violation of the lockdown as an offence begs the question: is a punitive approach to a public health crisis necessary and warranted? Why has the State defaulted to harsh penalties and the threat of legal action for the most innocent and human types of behaviour during a crisis of this nature?

Additionally, the overarching lack of robust accountability mechanisms and India’s dismal record in ensuring justice for victims of police violence does not bode well for the future of democratic policing for the country. It is crucial that the Indian police force allows itself to be subject to oversight mechanisms, both legal and civilian, for public trust to be rebuilt.

Where there is no villain in the COVID-19 emergency, it is worrying that the police in India resort to creating villains of the average person. The tacit approval of the Indian populace for this “necessary” violence in times of relative calm has come to, literally and figuratively, baton-charge us in these times of danger. Indians have been co-opted through fear and anxiety, not trust or mutual understanding, and that is once again a grim reminder of the ongoing breakdown of the rule of law in India.

Urmila Pullat is an independent lawyer and researcher.

Roohi Huma is a lawyer and social entrepreneur.