In this Data Column, we explore and compare the usage of several climate-related terms in English and Spanish to track how they have evolved over time. 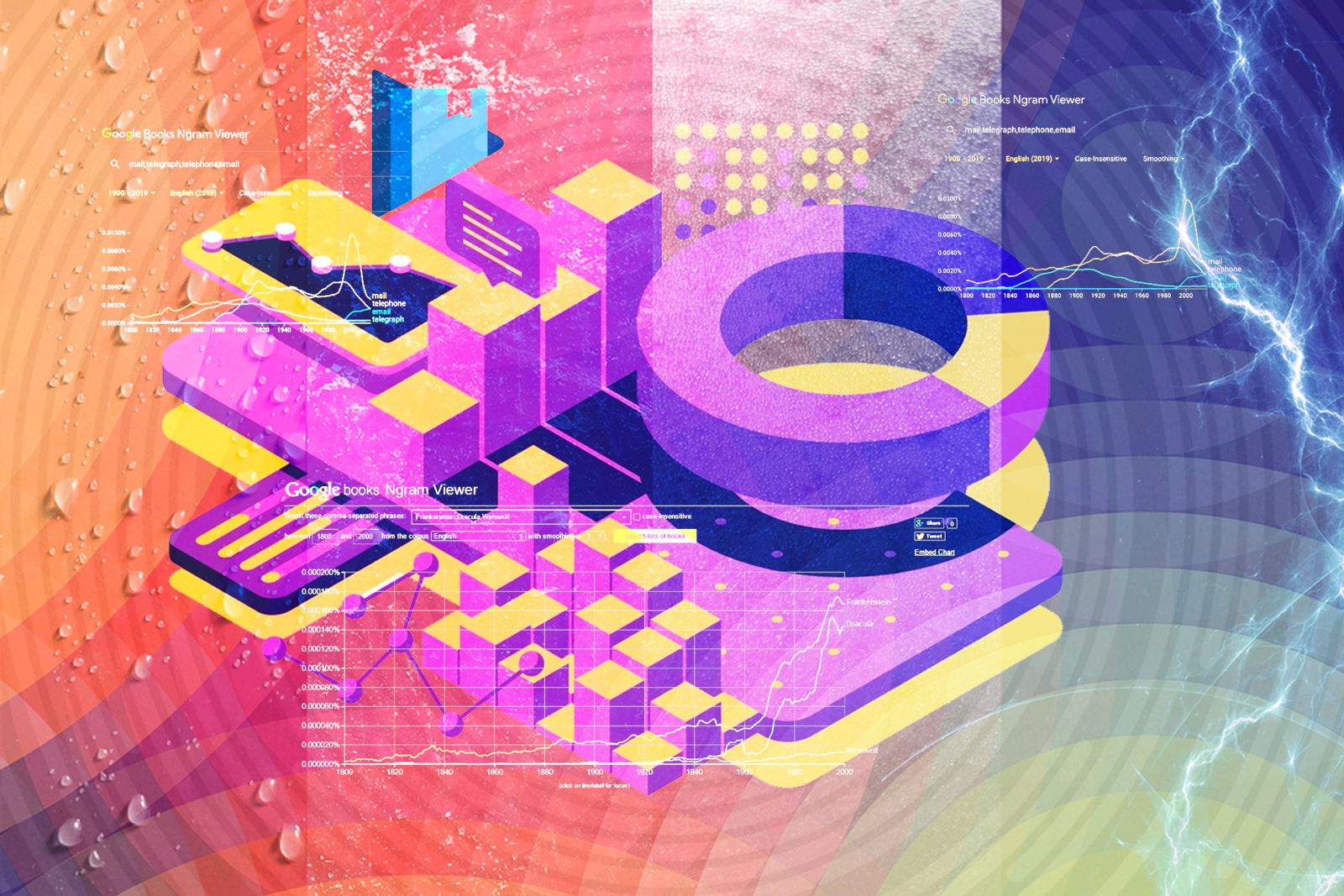 Language is constantly changing and new words emerge all the time. These new terms are often the result of new developments or ideas brought to the general discussion, and some reflect specific concerns people have in different moments and places. It is unsurprising then that climate-related issues have been growing significantly in the past few decades.

In this new Data Column, I want to explore some of these trends by comparing the terms ‘environmental justice,’ ‘climate justice,’ ‘environmental crisis,’ ‘climate crisis,’ and ‘climate emergency’ and their translations in Spanish, to track how they evolved over time. This description is even more relevant now that this week governments are meeting at the COP26 summit in Glasgow to determine new climate trajectories in the face of urgent and pressing climate emergency adaptation and mitigation around the world.

To explore the use of environmental justice terms in English and Spanish, I decided to use Google Books Ngrams, which tracks the number of times a word or a term has appeared in-print in a particular language. By analyzing how a term has gained popularity over time, we can get an idea of how relevant discussions have transformed.

According to this Ngram viewer, the term ‘environmental justice’ has been the most common way to refer to issues around climate in English since the 1980s. The term’s exponential rise in that decade coincided with the United States’ increasing concern about pollution and the unequal distribution of environmental ‘goods’ and ‘bads’ that affected communities of color.

But the term ‘environmental crisis’ appeared earlier in the 1960s, which signals a concern with how we relate with the environment around us. The rise of the environmentalist movement in that decade, along with the publication of key books like Rachel Carson’s Silent Spring, partly explain why this term grew in popularity.

More importantly, however, is the decline in the usage of the term ‘environmental justice’ in favor of ‘climate justice.’ The usage of the latter has been growing since the 2000s while that of the former has steadily decreased. Evidently, concern about justice remains despite a subtle change in focus. While the environment remains a key concept in these discussions, the pressing climate issues are becoming more and more relevant.

In Spanish, the story is different. The most common term is ‘environmental crisis,’ which started appearing in the 1960s. A possible explanation is that Latin American countries, where the world’s largest concentration of Spanish-speakers live, are places that have long been experiencing the effects of environmental problems such as monoculture and natural disasters. ‘Climate crisis’ also appeared around the same time, but it was not popularized until recently.

Interestingly, ‘environmental justice,’ which appeared in the 1990s, has steadily grown in popularity, as opposed to its English counterpart, which has since been in decline. In Spanish, discourse around justice is newer, perhaps also as a result of the inclusion of rights of nature in several constitutions in Latin American countries after pressure from environmental and Indigenous groups.

One last trend worth noting is the rise of the use of ‘climate emergency’ in both languages. As more scientists and experts warn against climate change, media and scholars have made a conscious effort to use this term to reflect the crisis we are living in. In doing so, they expect that climate discussions will become central in public debates and put pressure on governments and businesses to achieve the goals established by the IPCC to curb climate change’s more damaging effects on our planet and communities.

Something to note is that these data are limited because they only consider the use of words in print. It’s likely that Indigenous and social movements around the world have incorporated these terms or variations of them in their own discourse, which does not always end up in some published form.

That said, it is precisely because printed media—which by design is oftentimes slower than political discussions—is concerned about environmental issues means that they are becoming more and more relevant. My only hope is that these concerns go beyond printed words and into enforceable climate actions from governments and corporations. In the meantime, we can keep putting pressure on them to wake up and deal with this climate emergency swiftly and justly.

The Data Column is a new content series in which we combine data visualization techniques with human rights analyses. We use numbers to tell a story or paint a picture that would be interesting for the human rights movement to reflect on.

Sebastián is the Lead Editor at OpenGlobalRights. He is a PhD Candidate in Sociology at the CUNY Graduate Center focusing on environmental and urban inequalities.