The crisis in South Sudan is a result of its current leadership – the country wasn’t doomed to fail – and its people welcome celebrities like George Clooney who point this out.

We wish to respond to your letter to George Clooney of 15 September 2016. We write not to defend Mr. Clooney but to correct some assumptions used to critique his work on behalf of South Sudan.

We were particularly troubled by your suggestion that South Sudan’s independence resulted solely, or mainly from the work of international actors; or some kind of ‘dumb stunt’ by a Holywood celebrity which has gone awry. We don’t deny that countless individuals, institutions and countries supported our tortuous route to liberty. We deeply appreciate the material and moral support we received.

Helping a people in need should never been seen as a mistake, as craving for fame, or self-exoneration.

Helping a people in need should never been seen as a mistake, as craving for fame, or self-exoneration – and certainly not in the case of South Sudan. As the tragic events in South Sudan have not shot Mr. Clooney to stardom in the humanitarian field, it is unlikely that these can take the shine off his stardom. Nor is any other outsider to be blamed for creating the mess we find ourselves in today. As South Sudanese, we take responsibility for our successes and failures.

As you must know, given your expertise in the region, millions of our citizens – not just heroes and heroines of our war of liberation, but also our entire civilian population – paid the ultimate price. It is, in fact, this widespread and wanton devastation characterised by a scorched-earth policy and war-induced famine which pricked the conscience of individual activists and governments in the West to come to the aid of the victims. A gruesome photo of “Vulture Stalking a Child” captured by a South African photographer Kevin Carter in Upper Nile in March 1993, provided rare empirical evidence of Khartoum’s acts of brutality. Such inhumane acts moved Carter, a recipient of Pulitzer Prize, to commit suicide at age 33 in 1994, out of empathy for the people of South Sudan.

By every moral standard – even as your abhorrence to this line of thought has featured more abundantly in your letter to Mr. Clooney – enslavement, plunder, and oppressive rule of successive colonial administrations – especially of the Northern Arab mercantilists – cannot be justified, whatsoever. Our people suffered for centuries under this duplicity and the very complex geopolitics of contiguous colonialism which South Sudan experienced. Despite the gaping dichotomies that existed, the territory was viewed as a seamless extension of Khedival Egypt and later, independent Sudan. At the forefront of these designs, were and still are a plethora of experts, apologists and cynics whose role is still concerning today. 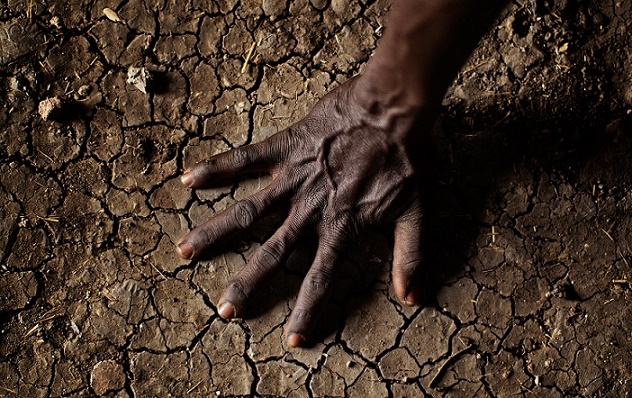 Despite reoccurring cycles of tragedy, dismissing South Sudanese independence as "doomed to fail" disrespects its people.

To suggest that South Sudan’s march to statehood was always destined to fail, after only five years of nationhood, contradicts your own argument that nation building isn’t a photo-op or a movie, but an endless journey. Failure is in no way inherent in us, any more than it was elsewhere in Africa or in the United States, which experienced its own civil war not long after independence.  Suggesting that after 50 years of struggle, South Sudan is worse off today than under the colonialism of the Arabs is disrespectful of our collective sacrifices as a people. Whilst this argument sounds logical, we are not in any way inclined to justify the greed of South Sudan’s powerful elites who have been responsible for the catastrophic violence in 2013 and 2016. But what we can assert is that the current and temporary setbacks have not caused us to regret the overwhelming vote for South Sudan's indepedence in 2011. South Sudan is fragile, but it could still succeed without self-destructing, if its current crop of leaders were visionary.

Regardless of the blundering of South Sudan’s ruling warlords, the country is independent and will eventually shape up. We acknowledge that this country was born with great promise and huge international goodwill, and might have been a success story of postcolonial Africa. Unfortunately, we keeled over and squandered that opportunity. Yet, we are capable of picking up the pieces and putting the country back again on the stairway to success. We will prevail over the flaws of our leaders with the same will and resilience with which we fought and defeated colonialism.

In this new struggle, the efforts of individuals like Mr. Clooney, though imperfect and only surface-scratching, are incredibly valuable in our quest for accountable leadership in South Sudan, that respects the human rights of its citizenry.

Dr. Majak d’Agoôt is a former Deputy Minister of Defence in South Sudan, and Member of the group SPLM Leaders - Former Detainees.

Remember Miamingi is based at the Centre for Human Rights at the University of Pretoria.