Partnering with celebrities and seeking visibility is key to mobilizing resources for the women’s movement in Mexico.

Many women’s rights organizations in Mexico largely depend on foreign donors to fund their work. However, as shifting donor priorities and other factors lead organizations to diversify their funding sources to include more local donors, the development of individual donors’ programs has emerged as an appealing strategy for mobilizing local support. Women’s funds—and other members of the women’s funding movement—view individual donors’ programs not only as a strategy for achieving greater financial autonomy and sustainability, but also as a way to promote local cultures of philanthropy. This shift also helps to build peer relationships of solidarity between donors and activists.

Mexico is a country with tremendous potential for local resource mobilization. Philanthropy, however, has yet to become mainstream. One serious challenge is cutting through the hopelessness engendered by the current climate of corruption and violence throughout the country. Those who do donate in Mexico tend to channel their giving towards charities that attend to the immediate needs of the “less fortunate”, as opposed to investing in transformative social change processes that won’t be achieved in the short term. The incipient nature of philanthropy in Mexico makes it unrealistic for organizations such as Semillas to attempt to replicate advanced fundraising strategies trending in Northern countries. Instead, we must begin to establish and share best practices capable of achieving results in our own context.

Next year will mark the 15th anniversary of the Network of Women and Men Investing in Women, Semillas’ individual donors’ network. Although this network was groundbreaking when founded in 2001, and has grown to include over 300 members, our recent analysis shows that fundraising revenues have remained stagnant over the past several years (generating approximately one million pesos annually) and have been insufficient when taking into account the costs related to maintaining the network. Upon reviewing this information, we reached an important conclusion—in order to truly be successful, we must move beyond activist circles and other allied donors who contribute modest donations. In other words, it’s time to engage potential high-capacity donors in new sectors of Mexican society.

These events could serve to position our cause and philanthropy in general as part of a modern lifestyle for Mexicans of means.

Semillas realized that in order to engage new potential donors, we needed to create fun events and campaigns that would be attractive to people unfamiliar with Semillas’ work. These events could serve to position our cause and philanthropy in general as part of a modern lifestyle for Mexicans of means. Among other things, this means avoiding messaging bogged down by “NGO speak” and paralyzing statistics, and events featuring boring, self-congratulatory speeches. We also realized that it would be crucial to enlist the support of famous Mexican women to serve as spokeswomen for the cause and generate the broad visibility necessary to instill confidence in our mission. Motivated by this realization, Semillas identified a golden opportunity to kick-start this new phase of the individual donors’ network.

November 2015 is a historic moment for Semillas, marking 25 years of work in support of grassroots women’s rights organizations in Mexico. In celebration of this important milestone, we are launching a year-long anniversary campaign, which kicked off with a fundraising event titled “Gala de la Sandía” (or “The Watermelon Gala”, in allusion to Semillas’ logo) on November 12th. During this event, Grammy Award-winning singer-songwriter Lila Downs put on an exclusive concert, leading Mexican chef Monica Patiño provided the food, and feminist artist Mónica Mayer exhibited an updated version of her famous installation, “El Tendedero”. The event also featured other artistically-inspired activities promoting social change philanthropy and women-led grassroots initiatives in Mexico. Tickets were a much higher price than previous Semillas fundraisers, raising the bar for future events and campaigns. Semillas has also established alliances with companies that provided in-kind donations as well as pro bono support, which will serve to strengthen Semillas’ collaboration with the corporate sector, another key component of our local resource mobilization strategy. 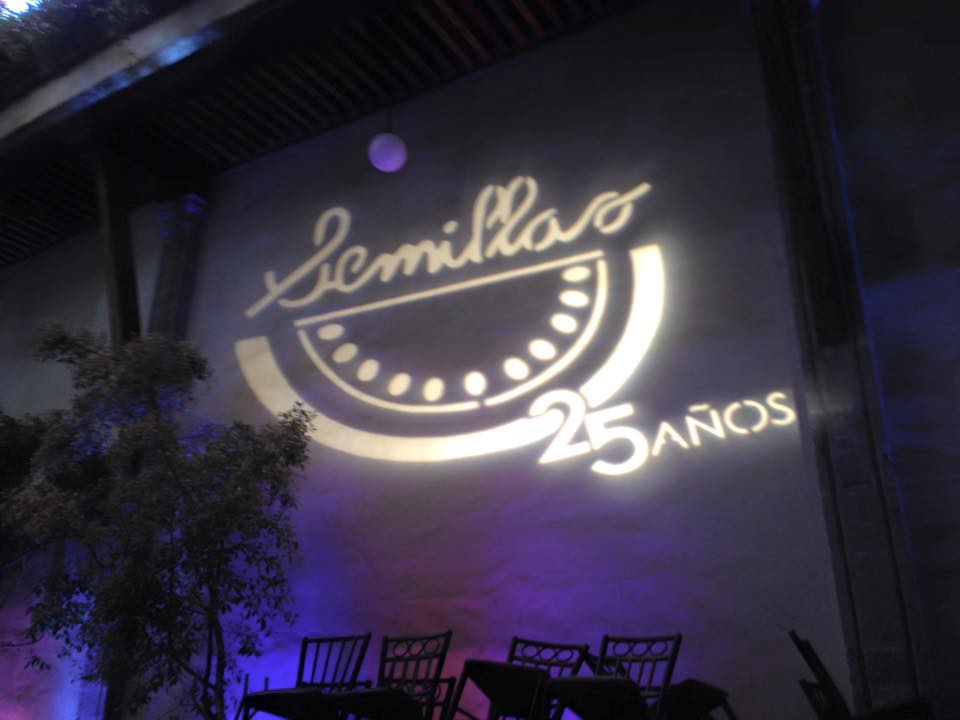 November 2015 marks Semillas' 25th anniversary of supporting grassroots women’s rights organizations in Mexico. In celebration of this important milestone, we are launching a year-long anniversary campaign, which kicked off with a fundraising event titled “Gala de la Sandía” (or “The Watermelon Gala”).

As a lead-up to the anniversary event, Semillas decided to experiment with a completely outside-the-box idea aimed at promoting ticket sales, engaging an initial group of celebrities, and raising additional funds. Semillas partnered with Mexican designer Carmen Rion, who agreed to donate 15% of her sales in December 2015 via a campaign titled “Deja que tu ropa hable bien de ti” (which loosely translates as “Let your clothes speak highly of you”). Semillas then reached out to Vanity Fair Mexico to pitch the idea of a photo shoot for the cover of the magazine, consisting of famous Mexican women modeling the clothes of the designer and accompanied by an article highlighting Semillas’ work and anniversary campaign. Although Semillas did not achieve the cover, the photo shoot and article were featured on Vanity Fair Mexico’s digital content in October 2015. The photo shoot generated positive visibility for everyone involved and turned out to be an excellent strategy for engaging these women as ambassadors of Semillas’ work. Political writer Denise Dresser has already offered to speak at a Semillas fundraising event during 2016, and Monica Patiño—in addition to preparing the food for Semillas’ anniversary gala—has offered to host fundraising dinners beginning in January at one of her high-end Mexico City restaurants. Actor Cecilia Suárez has also expressed interest in being the spokeswoman for a Semillas fundraising campaign in 2016, and Vanity Fair will cover Semillas’ gala for an upcoming issue of the print magazine.

These new connections have been the most important outcome of Semillas’ 25th anniversary campaign thus far. Despite their busy schedules, many of these new allies were intrigued by the prospect of partnering with a non-profit organization. In deciding to approach celebrities and high-profile potential donors, we had to learn to stop limiting ourselves out of fear and instead have confidence in the power of our invitation. Everything shifted when we recognized that we are not asking for a handout, but rather are providing an opportunity for people to become part of a powerful movement for social change.

Far from straying from our mission, Semillas believes that partnering with celebrities and seeking visibility in spaces previously uncharted by feminist activists is key to mobilizing the resources we need to further strengthen the women’s movement(s) in Mexico. We can no longer look primarily to the US and Europe to fund social change in Mexico; we must encourage Mexicans to socially invest in their country’s future. Rather than complaining about the lack of a strong culture of philanthropy in Mexico, we must keep working to build it.

New research  about the local resource mobilization efforts of women’s funds in the global South and East, including Semillas' work, is now available online here.