Hungary is using Russia’s playbook to close down civil society space, and many Western allies are hardly even noticing.

In late August, the opposition far-right party in Hungary—Jobbik—put a draft bill on the table of parliament. The bill aims to expose the financial sources of Hungarian non-governmental organizations (NGOs) and label the ones that receive foreign funding as “foreign agents”. The draft is unapologetically similar to Russia’s, referring to Putin’s Foreign Agent Law as the model and arguing that this legislation is necessary given the soft power tools that Western powers (especially the United States) use to extend their influence. Ironically, while Jobbik is arguing against external influences, the party appears to have its own foreign funding through extensive ties to the Kremlin.. While the draft bill has not been passed, members of Fidesz (the right-wing governmental party) abstained at the vote instead of rejecting it. In light of this “soft yes” vote and historical patterns of Jobbik recommendations being implemented by Fidesz, a similar bill will likely pass eventually. In fact, another draft bill from the government already aims to extend the rights of the prosecutor’s office in investigating and shutting down civil society organizations.

On the surface, Hungarian Prime Minister Viktor Orbán has justified the ongoing crackdown as an effort to preserve Hungary’s national sovereignty and security. Yet, the reality is that he has been working diligently for years to eliminate any remaining obstacles to his centralized power: Orbán’s third term since 2014 has been characterized by fighting the European Union, the media, and human rights NGOs. 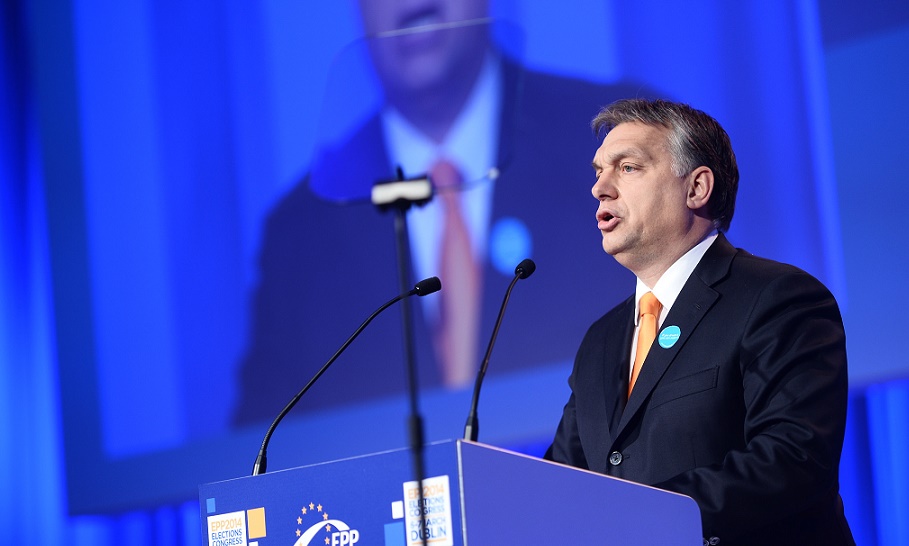 In his infamous speech on his vision of an “illiberal state” after his second two-thirds victory in 2014, Orbán practically named the civil society sector as his main political enemy. In that speech, the main targets were organizations financed by the NGO Programme of the EEA/Norway Grants. Two months later, the police raided the offices of some of these organizations, as well as the homes of their leaders, seizing documents and data. These groups were accused of distributing foreign grant money to leftist political parties, which is against Hungarian law. In reality, the consortium—which has been coordinating the grant—allocated funding to other NGOs that promote democracy, civil society, environmental awareness, and independent media, which is completely in line with regulations. In the end, the courts found the investigations illegal. While Orbán denied that he had a direct role in these seizures, the Hungarian Civil Liberties Union initiated an investigation revealing that Orbán directly ordered the illegal investigations. In addition, tax authorities recently raided the offices of Energiaklub—a grantee of the NGO Programme of the EEA/Norway Grants that helped reveal the shady practices of the Paks nuclear deal between Hungary and Russia.

Now, organizations connected to George Soros and his networks are also coming under attack. Szilárd Németh, MP of Fidesz and vice chair of the National Security Committee, openly commented in a recent interview that he had been working with the secret service to collect the names and audit activities of the institutions cooperating with the Soros Network. The alleged “security threat” of civil society organizations is on the agenda of the National Security Committee of the Parliament.

In fact, Orbán, along with other governmental politicians, has repeatedly blamed George Soros and the government of the United States for intensifying the refugee crisis with his calls for “at least one million Muslims” to be let into Europe every year. Even as Orbán, a leader of an EU and NATO-member state, blames the West for the influx of refugees, he also openly supports Vladimir Putin’s intervention in Syria, which has led to thousands of civilian deaths, exacerbated the humanitarian crisis, and has clearly contributed to the escalation of refugees. Worse yet, his hostile rhetoric resonates with some Hungarians: recently during a commemoration event for the 1956 Revolution, some Orbán supporters brutally beat up anti-governmental protestors, calling them “paid agents” and “Soros-mercenaries”.

The Orbán government has also used bureaucratic measures to harass and disrupt the work of NGOs.

Like the Russian regime, the Orbán government has also used bureaucratic measures to harass and disrupt the work of NGOs (e.g., threatening to withdraw tax numbers, which forces them to cease activities). This campaign has already had a chilling effect on funding.

Despite these clear similarities with the Russian crackdowns, the national media has struggled to call Orbán to account because it too has faced pressure and muzzling. Orbán has turned against his previous ally and media mogul Lajos Simicska. The government bought huge chunks of the private media and, most recently, arranged to shut down the most popular left-wing broadsheet, Népszabadság, after it published serious stories about corruption and exorbitant spending by governmental members. Orbán, again mirroring the Russian approach, recently spoke in a regional forum about increasing the national media ownership and state presence on the media market .

The government strengthened its grip on the media and civil society after the failed referendum against EU-proposed mandatory refugee quotas. Despite widespread support for the government’s position against the quotas, low voter turnout invalidated the results. Orbán now feels a sense of urgency to crack down on his opponents: while the party publicly called the referendum a victory, in truth the low turnout after so much campaigning was a blow to the government—especially considering that there was hardly any counter-campaign. As most of the opposition parties were calling for a boycott, the only political force that could mobilize voters efficiently was a group of NGOs that asked voters to spoil their ballots, and more than 6% did so.

Building up an illiberal state and destroying the independent media and civil sector in the middle of Europe has far-reaching consequences: a spillover effect in the region (the signs of which are already visible in Poland); an even deeper political crisis for the European Union; and the further deterioration of the image of US diplomacy, that is allowing an ally to spread conspiracy theories about the United States and Soros-funded NGOs organizing a Muslim invasion to destroy Europe. Without more determined political, policy and diplomatic responses, and without emergency funds to NGOs and media, Orbán will continue his sweep of silencing critics, allowing him to face the 2018 elections without any opposition.

Authors’ disclaimer: Political Capital Institute is a  grantee of the Open Society Foundations. And proud of it.