In the Gulf of Mexico, off the coast of Louisiana, an island is washing away. Rising sea levels and flooding from storm surges have eroded 98% of Isle de Jean Charles since the 1950s, threatening the survival of the island’s inhabitants. After sixteen years of committed work by tribal leaders, in early 2016 the state of Louisiana received $48 million dollars in federal grant funding to help the Isle de Jean Charles Band of the Biloxi-Chitimacha-Choctaw tribe leave the land where they have lived for generations and resettle. They will become the United States’ first climate-displaced community.

According to Pew research, only 41% of Americans think that climate change poses an immediate threat, well below the global average. But the residents of the Isle de Jean Charles are not the only ones already suffering from the impacts of climate change. Across the United States, people of color experience over 70% more particulate pollution from greenhouse gas emitting facilities near their homes. In Los Angeles specifically, African Americans are twice as likely to die from a heat wave, in part because they have less access to air conditioning. It is no coincidence that these communities have historically been marginalized, discriminated against, and under-resourced. Indeed, climate change intensifies existing social inequalities and disproportionately affects vulnerable populations.

To discuss this intersection of environment and human rights, scientists and human rights practitioners met recently in Washington, DC at the American Association for the Advancement of Science (AAAS). Given the broad consensus that the climate is rapidly changing, activists, scientists, and policy makers are increasingly focused on “climate resilience” strategies that develop the capacity of a community to withstand and recover from climate-induced stresses. Many governments, as well as international institutions such as the UN and the International Federation of the Red Cross, are now focused on building resilience as the best way to plan and prepare for the changing climate. However, human rights are often missing from resilience frameworks. This leads planners and politicians to overlook the heavy burden borne by the most vulnerable communities, as well as opportunities to work with these communities to build resilience.

Scientific data alone will not lead to viable solutions for communities who are already living with the impacts of climate change. Melissa Kenney, a leading decision scientist who works on climate problems at the University of Maryland, noted that framing climate change as a human rights problem is a relatively new development, and is not a common perspective among scientists or federal policy makers. For example, although the United States government’s Climate Resilience Toolkit provides useful decision support tools and steps to think about climate resilience, it makes no reference to human rights. Salote Soqo, Senior Program Leader of Environmental Justice and Climate Action with the Unitarian Universalist Service Committee, commented that “in terms of governance, the main challenges are recognizing and addressing the root causes of inequities that are put under the spotlight by climate change.”

In order to overcome these challenges, both Soqo and Kenney see great potential in partnerships between human rights practitioners, affected communities and scientists. These kinds of partnerships provide voices to community members who are most affected by the impacts of climate change, and shape the direction of research. For example, in southern California, agricultural and environmental factors produce some of the highest rates of asthma hospitalization in the state. This places a heavy health burden on the low-income, primarily Latino communities of Imperial County. With funding from the National Institutes for Health (NIH), the California Department of Public Health partnered with local community organization Comité Cívico del Valle (CCV) to gather data on the county’s most polluted areas. Community members are advising on the placement of the monitors, and are in charge of setting up and maintaining them. By working together, community partners can help scientists identify the most pressing needs at local and regional scales, and human rights practitioners can access climate data that is relevant to their advocacy efforts to ensure that at-risk communities are aware of and exercise their rights to protection. 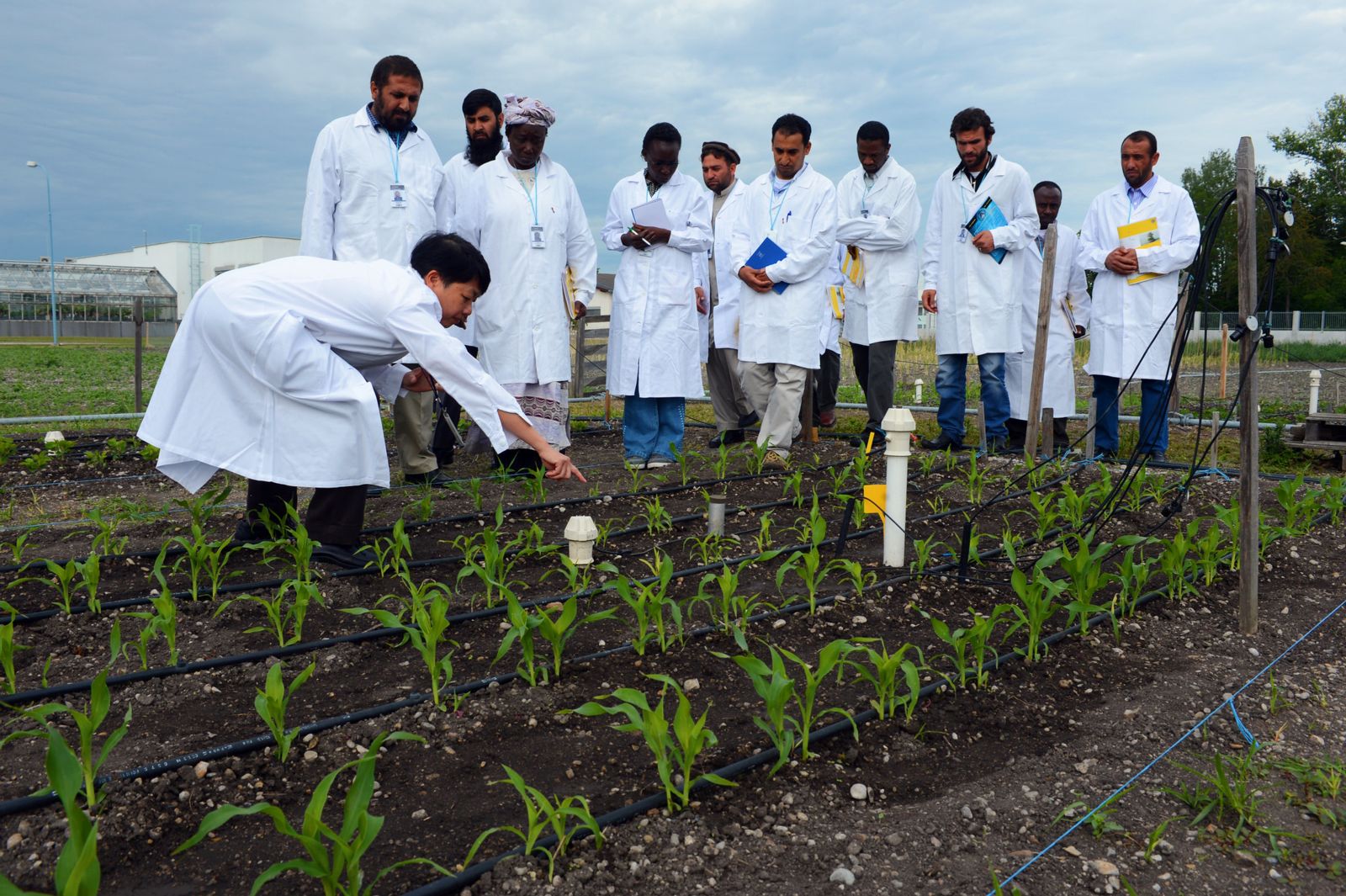 An international team of scientists receives training in climate change-resistant soil and water management techniques. Amid the challenges of climate change, scientific engagement is essential for the promotion of human rights.

One of the biggest challenges for such partnerships can be finding common priorities and perspectives from which to approach a problem. “Scientists are used to speaking to each other through established channels,” Kenney observes, and these channels often do not include non-scientists. This means that scientists who partner with communities and human rights practitioners must learn how to be effective collaborators. Active listening and deferring to the lived experience and local knowledge of communities often feels unfamiliar for someone used to being the expert. Indigenous knowledge has much to contribute to scientific understanding, something that leading climate authorities, including the Intergovernmental Panel on Climate Change (IPCC), have been slow to recognize.

Scientists should also work with human rights practitioners to ensure that they are communicating in an understandable way to all stakeholders. Scientific partnerships provide community access to specific data and in return, partnerships help scientists to understand the societal dimensions of the issues they study. At the AAAS meeting, Julie K. Maldonado, a Program Lead for the “Rising Voices: Collaborative Science with Indigenous Knowledge for Climate Solutions” program, described the work of Rising Voices to provide opportunities for social and physical scientists to work with members of Native communities in order to identify critical community needs and collaboratively develop plans for action. Maldonado focuses on bringing individuals from different backgrounds “to the same common table together in a conversation and engage with each other, on equal footing, as to how [they can] work together to most effectively, and most culturally appropriately, work towards climate adaptation.” When citizens in Los Angeles were concerned that hydraulic fracking had triggered earthquakes, a community group invited a local seismologist to present independent, credible research, while acknowledging its limitations. By recognizing local concerns, the value of horizontal partnerships, and human rights expertise, collaborations between diverse stakeholders can make a significantly larger impact beyond the scientific community, as well as on the lived experience of many who do not regularly have access to scientific debates.

The invitation to think locally can be a powerful call to researchers. In 2012, California became the first state in the USA to legally recognize the human right to water. According to Soqo, framing access to water as a human right can be crucial both in motivating policy-makers and in de-politicizing climate change. She argues that the contributions of grassroots organizers in bringing the personal experiences of Californians to legislators along with water quality data helped the issue gain traction as a policy priority. In order to facilitate more success stories, scientific societies such as AAAS, the Union of Concerned Scientists and the American Geophysical Union are increasingly brokering relationships to help bring scientific expertise to local issues. Human rights practitioners can now look to scientists who are ready, willing, and able to work on fundamental issues of human dignity and equality by contributing empirical and technical expertise.

Ellen Platts is an anthropologist with a background in human rights and geospatial technologies and the Program Assistant in the Scientific Responsibility, Human Rights and Law Program at the American Association for the Advancement of Science (AAAS).

Claire Sabel is a historian of science and an intern with the Scientific Responsibility, Human Rights and Law Program at AAAS, where she focuses on educational issues.