Building public support for human rights reform is crucial. Without a broad and deep public constituency, legislators will not pass the necessary laws, supervisors will not enforce new rules, and citizens will not demand real accountability and change.

For a long time now, we have known that non-governmental rights groups play a key role in these reform efforts. They lobby lawmakers and government, report abuses, and mobilize public attention, and these efforts are sometimes successful. All too often, however, human rights groups do this work without collecting much in the way of systematic evidence. As a result, they do not have an accurate sense of who are their strongest supporters, and which population sub-groups need more attention and persuasion.

Rights groups can do a better job by working smarter, rather than simply harder.

This, in turn, should pay off for the hundreds of human rights donors pumping billions of dollars into global rights promotion efforts each year.

Consider the following example, based on the Human Rights Perception Polls that my colleagues and I have been conducting since 2012, with financial support from the University of Minnesota, CIDE (Centro de Investigación y Docencia Económicas), and the Open Society Foundation. We began our survey with the assumption that those most likely to support human rights reform are those who already believe their country has serious human rights problems. The “demand” for reform should come from those already convinced that there is something that needs fixing. Otherwise, why bother?

To estimate how many people perceive serious human rights problems in their country, we asked, “In your opinion, to what extent are human rights respected in your country?” Possible responses included: 1) there is no respect at all; 2) there is not much respect; 3) there is some respect; and 4) there is a lot of respect.

In 2014, we asked this question of 2,400 randomly selected respondents throughout Mexico, and of 1,000 in Lagos, Nigeria. In 2012, we did the same with 1,100 people in Rabat and Casablanca, Morocco, and with 1,680 in Mumbai, India. In Nigeria, Morocco, and India, we oversampled rural populations living around these major urban centers, so as to better capture the opinions of rural residents.

We found that 56% of respondents (per a cross-sample average, with each survey weighted equally) thought there was either “no respect at all” or “not much” respect for human rights in their country. Over half the surveyed populations, in other words, believed their country really did have serious human rights problems of some kind.

Next, we assumed that for these people to take the next step and support the reform efforts advocated by non-governmental rights groups, they should trust these organizations. After all, it doesn’t make much sense to support the reform policies of groups one mistrusts.

To find out whether ordinary people trusted rights groups, we asked, how much trust do you place in human rights organizations, asking separately about human rights organizations operating “in your country” and “internationally”? Possible responses included 1) no trust at all; 2) a little trust; 3) some trust, and; 4) complete trust. Once again, roughly half the respondents trusted rights groups either “completely” or “somewhat” (51% for internationals and 52% for locals).

At first glance, this seems like an excellent outcome; roughly half the people think their country has a serious problem, and a similar number trust the non-governmental organizations advocating for reform. 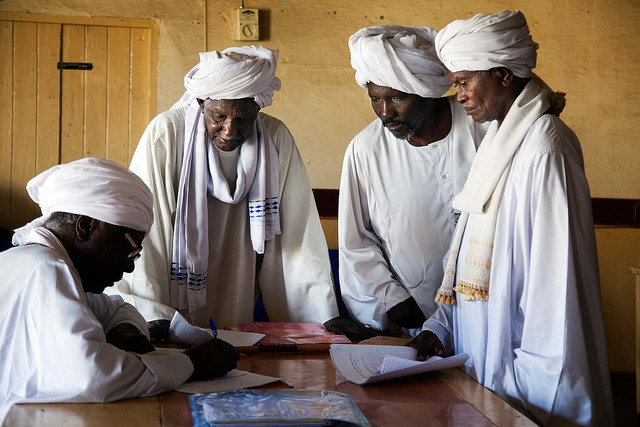 This is a huge loss, given the entrenched reluctance of ordinary people to engage in costly social action of any sort. It often proves difficult to persuade busy people to participate in demonstrations, sign petitions, or donate their hard-earned money to human rights organizations. Given this, rights groups can ill afford to lose half their potential constituency due to mistrust.

Many of these inhibiting factors can be remedied through targeted efforts, however. Human rights organizations can engage in more and better outreach, for example, concentrating on rural areas, supporters of the ruling party, and on people who do not routinely vote. They can also strengthen their long-term support structures by promoting government policies boosting public education and voter turnout.

If a human rights donor wants to help move the dial on reform, an important first step would be to commission a baseline survey, asking the sort of questions noted above. Then, they should invest in appropriate outreach efforts, followed several years later by a similar survey with the same population. If the outreach efforts are working, positive change should be readily apparent; the percentage of people who perceive human rights problems while also trusting human rights organizations should have increased. If not, then donors and human rights organizations must try to figure out what went wrong, and go back to the drawing board.

The take-home point is this: human rights reform is vitally important, but devilishly hard to accomplish. Why not use systematic research so that money, time and effort are deployed in the most impactful manner?

Human rights organizations traffic in good intentions and principles, but these alone are not enough. Real reform requires evidence-based policy based on rigorous research, coupled with a genuine willingness to learn whether one’s cherished programs really are working.