Human Rights Watch’s scathing critique of Ghana’s prayer camps misses the point. For many people struggling with mental illness and social stigmatization, the camps are the best available option.

Human Rights Watch recently harshly criticized Ghana’s prayer camps, saying that they abuse vulnerable people suffering from mental illness. The New York-based group disagrees with my arguments and those of others pointing out that the prayer camps—imperfect as they clearly are—are often the only available refuge. In so doing, Human Rights Watch misses the main point. When the public health system is in dire straits, prayer camps provide vital services not available elsewhere.

As often happens in international human rights work, Human Rights Watch advocates based in wealthy countries evaluate conditions in poor countries with inappropriate yardsticks, ignoring socio-economic realities and local values. Sadly, this kind of insensitive reporting undermines the sustainability and effectiveness of all human rights efforts, both local and international.

Consider witchcraft-related abuses in Ghana. Despite longstanding efforts to prohibit the stigmatization of alleged witches, the government only recently proposed shutting down camps for such persons in the northern part of the country, and ratified progressive legislation. Yet, these camps have provided sanctuary for countless women accused of witchcraft, who would have otherwise been persecuted or killed.

The Human Rights Watch report is based on a secularist orientation that does not respect the power of religion, and it relies on social norms and opportunities that are not available in this country.

Any proposal to address the witchcraft issue, including camp closures and reintegrating alleged witches into society, cannot succeed without educational campaigns to address underlying public beliefs. Monitoring and evaluation and legal enforcement are also crucial. In years past, Christian missionaries condemned witchcraft as “superstition” and imposed sanctions on believers, which resulted in people leaving in droves and seeking sanctuary within African Instituted Churches and anti-witchcraft shrines (e.g., Abrewa).

The Human Rights Watch report is based on a secularist orientation that does not respect the power of religion, and it relies on social norms and opportunities that are not available in this country.

Although Human Rights Watch is not a Christian missionary group, its condemnation of the country’s prayer camps suffers from a similar disregard for local beliefs and values. Its report is based on a secularist orientation that does not respect the power of religion, and it relies on social norms and opportunities that are not available in this country.

Human Rights Watch calls on its readers to imagine the horrible conditions facing real or perceived psychiatric patients in prayer camps, but pays no attention to what would likely happen to them if the camps did not exist. In Ghana, the mentally ill often suffer stigmatization, banishment, homelessness, and mob violence, because much of the public views psychiatric illness as stemming from curses and demons.

Ghana’s Mental Health Law (Act 846) was passed only two years ago, promising to address the human rights dimensions of mental healthcare delivery. Although the state seems willing to try and provide comprehensive mental health care, realities are daunting. Ghana has 25 million people, some 2.2 million of which suffer from various mental health challenges. Entrenched cultural attitudes and weak state capacity mean that progress will be slow.

Religion has a long and venerable tradition of assisting Ghana’s poor and vulnerable. Religious ideas, institutions and personalities have long helped people live in dignity and security. When circumstances are tough, access to religious assistance and spaces—including the prayer camps condemned by Human Rights Watch—are crucial, because they employ local symbols and language that resonate with the public. 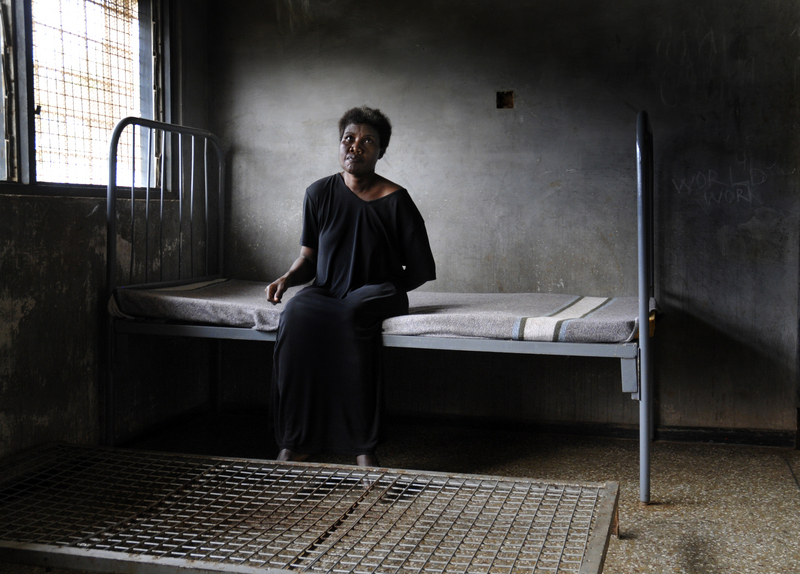 The colonial authorities disallowed witch-related abuses in the 1950s and 1960s, but the early Africa Instituted Churches, whose prophets combined traditional ideas with Christian practices, said they could exorcise witches through unique cleansing rituals. These proved helpful, because the public’s belief that “former witches” could in fact be cleansed aided their social reintegration.

The public, moreover, is more likely to trust religious than secular authorities, largely because religious institutions have a continuous presence in ordinary communities. As one authority has written, religious organizations have the largest, most socially rooted, and widest membership base of all Ghanaian civil society organizations.

As well-meaning development projects end and NGOs fold, it is local groups and individuals, often inspired by religious conviction, that fill the gap, typically without funds from foreign donors. The prayer camps’ “crude and rudimentary methods” and “limited facilities”, which Human Rights Watch so bitterly condemned, are not automatic indicators of cruelty. Instead, they are often a reflection of a very bitter, resource-starved reality.

An ongoing research project at the University of Ghana, run by a team of clinical psychologists, says that the prayer camps’ practice of chaining aggressive patients stems from a dearth of appropriate infrastructure and medication. Chaining patients is a crude survival strategy used by camp authorities in deprived conditions. It is not the best strategy, but it is one that reflects difficult realities.

The University of Ghana project proposed using medication and modern psychological methods in prayer camps, and their recommendations have led to significant improvements at the Mount Horeb Prayer camp, as verified by my own visits and the measured observations of Dr. Angela Ofori-Atta, the leader of the project. As Dr. Ofori-Atta observes: “The abuses we see [with] chaining have primarily to do with lack of proper infrastructure and medication.” If these trial efforts continue to be successful, they could have profound effects on mental healthcare in Ghana. Of course, finding enough funding for more of these improvement projects will continue to be a primary challenge.

When the state cannot ensure basic rights, we must take into consideration all available resources, expertise and options, including religious-based prayer camps. This kind of collaboration between religion and human rights is imperative for most African societies.

Many prayer center operators are open to change, and welcome collaboration. At the Patmos Prayer Center, for example, operators work with medical personnel at the district hospital, and follow guidelines set by the Presbyterian Church. At both Mount Horeb and Patmos, operators provide long-term patients with assistance in securing health insurance, typically at the center’s expense.

Ultimately, I see prayer camps assuming the role of “half-way houses”, intermediate way stations for patients, helped by people who understand their condition and needs, before being returned to their communities.

Human Rights Watch’s severe critique of Ghana’s prayer camps shows what happens when African conditions are viewed through the lens of global north privilege. Policy recommendations based on such assessments typically fail.

In societies that are both poor and deeply religious, human rights workers cannot afford to deprive themselves—and the people they seek to help—of available religious resources.

Professor Abamfo Ofori Atiemo is Senior Lecturer and Head of Department for the Study of Religions at the University of Ghana in Legon, and author of Religion and the Inculturation of Human Rights in Ghana.