The challenges facing civil society now aren’t about reviving our weakening democracies—they are about re-imagining democracy for a radically changed world.

As world leaders prepare to attend the World Economic Forum at Davos, civil society must focus on re-imagining democracy for 2018. In a forum where President Trump is giving a keynote address under the (somewhat ironic) theme of “creating a shared future in a fractured world”, many civil society leaders, including myself, have chosen not to attend this year. Rather, we are looking ahead to the range of challenges facing civil society across the world.

Reclaiming the basic rights we’re losing in the clampdown on civic space, working out what our democratic rights look like in a digital world, responding to democratic deficiencies exposed by rising tides of populism and recasting our intergovernmental institutions as wellsprings of substantive democracy: these challenges aren’t so much about reviving our weakening democracies, as about re-imagining democracy for a radically changed world. 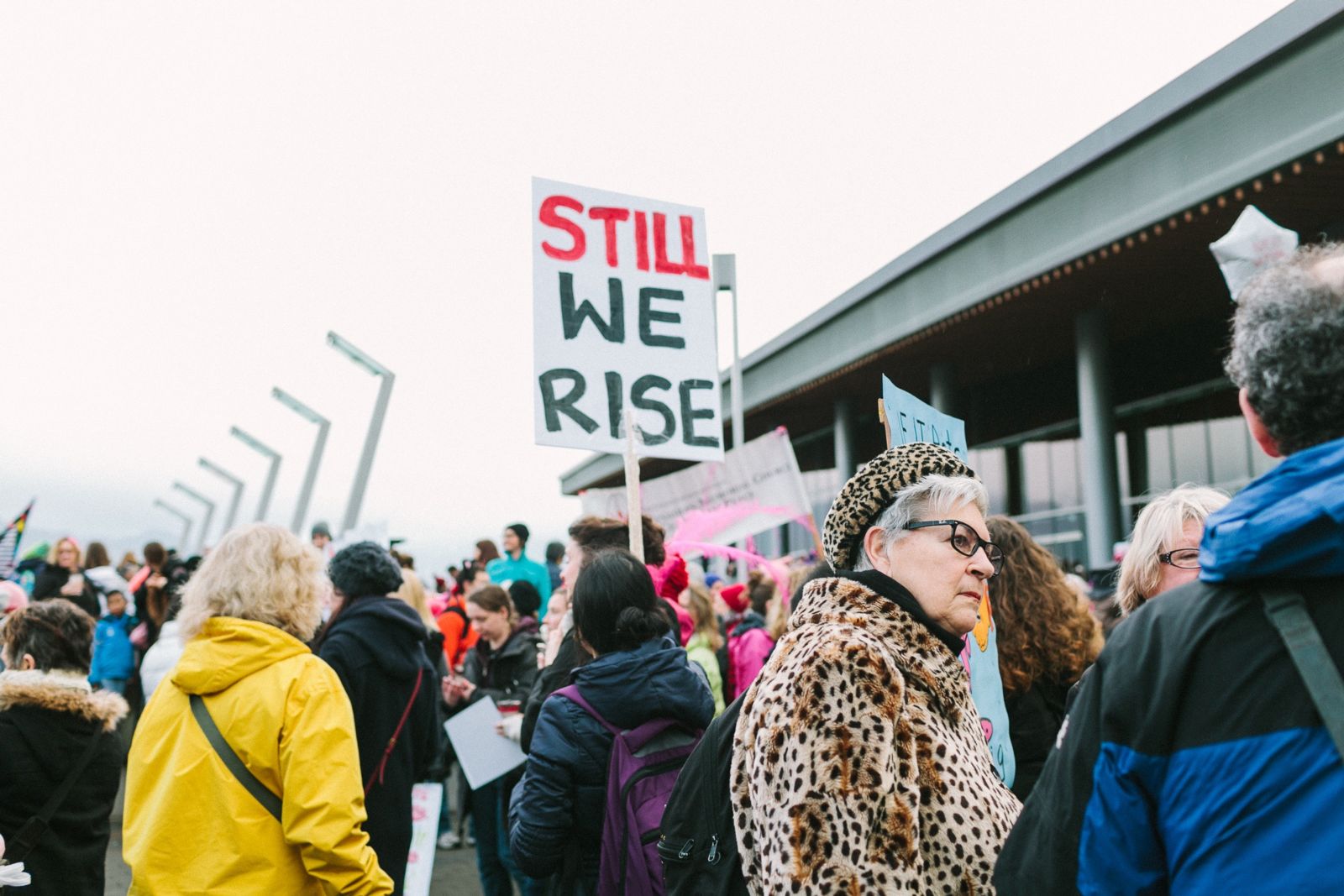 Unsplash/Alexa Mazzarello (Some Rights Reserved)
We must ask ourselves what type of democracy is it that we want, and what battles will we fight to achieve it?

The battle lines have already been drawn on this one. More than three billion of us now live in countries where our basic freedoms are seriously restricted. Even in states once considered to be positive exemplars—such as Belgium or the Netherlands—with political polarization and the rise of far right movements in recent years, we have witnessed increasing surveillance, intrusive security measures, poor policing of protests and a growing number of attacks on journalists.

In 2018, the question is whether this global emergency on civic space will continue to worsen, or whether we are about to reach a tipping point. Last year brought us tantalizing glimpses of significant citizen pushback. The Women’s Marches that took place across the US and internationally to protest Trump’s presidential inauguration as US president are estimated to have been the largest—and most peaceful—day of protest in American history. Between 3.3 and 4.6 million people marched in cities across the US, supported by some two million protesters in other cities around the world. In Iran, in recent weeks, we have seen the largest public display of discontent since the uprisings of 2009.

Social media got a bad rap in 2017. It was used to divide people, fuel extremism and feed fake news. The challenge for progressives this year is to reclaim these powerful tools in support of inclusion and democracy.

It is, of course, ironic that social media, which is often touted as a means of egalitarian direct, unfiltered, accurate information—a truly democratic communication tool—has, in many ways, become a threat to democracy. Recent elections all over the world have been accompanied by online misinformation campaigns, with trolls, cyber troops and botnets working overtime to censor dissent and sway political outcomes. In the 2016 US Presidential election, over one third of pro-Trump tweets came from self-regulating, unmanned accounts. And by enabling direct communication between populist leaders and their constituencies, in accord with their call to bypass a corrupt and untrustworthy establishment, social media has become a key driver of the recent rise in populism.

But let’s not lose sight of its potential. Though, as yet, much smaller in scale than the country’s 2009 uprising, the current protests in Iran are unprecedented in geographic scope and intensity. Nine years ago, when an estimated two to three million Iranians protested silently in Tehran, fewer than one million Iranians owned a smartphone. Today, an estimated 48 million Iranians have smartphones. The Telegram App alone is believed to have 40 million users. Iranians’ political, social and economic grievances may not be new but their ability to coordinate and communicate is unprecedented. Images and messages from citizen journalists within Iran, who dodge government restrictions by accessing Instagram and Telegram via VPNs (virtual private networks that by-pass local internet servers), are reaching the rest of the world via social media.

In 2018, we’re only just beginning to understand how the digital revolution will alter our societies and lives. We need to be asking what a free society actually looks like in a digital world. It’s no longer just our right to assemble peacefully offline that needs to be protected, it is also our right to assemble and mobilize online. Much of the encryption that currently protects our privacy online could be invalidated by the development of quantum computing. And for the intensifying asymmetric, non-traditional warfare now being waged almost constantly in cyber space, people’s rights will be little more than collateral damage. There is no equivalent of the Geneva Convention for cyber warfare and we’re going to start noticing its absence in increasingly painful ways.

Over the last couple of years, populism has exposed the failings of contemporary democratic systems across the globe. The election of populist leaders represents a mass public protest by those who feel failed by our political system. “They call it democracy but it isn’t” was the slogan of the indignados, Spain’s anti-austerity movement.

Populists, claiming a moral monopoly on the representation of real people, are openly seeking to take over judiciaries, gain control of media and co-opt numerous other institutions in a chillingly blatant destruction of the democracies they assert to be reclaiming. For decades, political scientists have argued that democratic consolidation is a one-way street. Yet, in 2018, we have real reason to doubt the resilience of seeming stable political systems.

This year, the fate of liberal democracy may well hinge upon our ability to begin to formulate ambitious visions for a better politics—visions that can persuade citizens that the counterfeit democracy of populism, pitting us one against the other, cannot lead to betterment.

The deficit of substantive democracy at the national level is being replicated and worsened at the international level. Many of the decisions that affect our lives are taken in the headquarters of institutions such as the UN, IMF, World Bank, or EU. In theory, we shape these decisions through our national membership of global institutions; in practice, however, these institutions are remote, opaque and inaccessible. It is a system that privileges states—and often corporations—over people.

As such, global governance institutions have found themselves vulnerable to attack from the new generation of populist leaders. After pulling the US out of the United Nation’s global compact on migration, its climate change treaty as well as the UN’s cultural heritage body, UNESCO, the Trump administration has made significant cuts to its UN budget obligations for 2018.

Yet, we need the intergovernmental sector more than ever. We need institutions of global governance that offer recourse to protection and support when authorities at the national level abuse their power.

The question is whether we can save what’s good about the system while radically redesigning the rest. Whether we can persuade global governance institutions to adapt to changing expectations of citizen participation, to enable substantive civil society engagement, to embrace transparency, accountability and new forms of representation and oversight, and to play their role in reclaiming substantive democracy.

It’s a question we, as civil society, must answer in earnest in 2018.