Risk factors for GBV, such as stress and trauma, increase dramatically after natural disasters or prolonged climate stress scenarios. 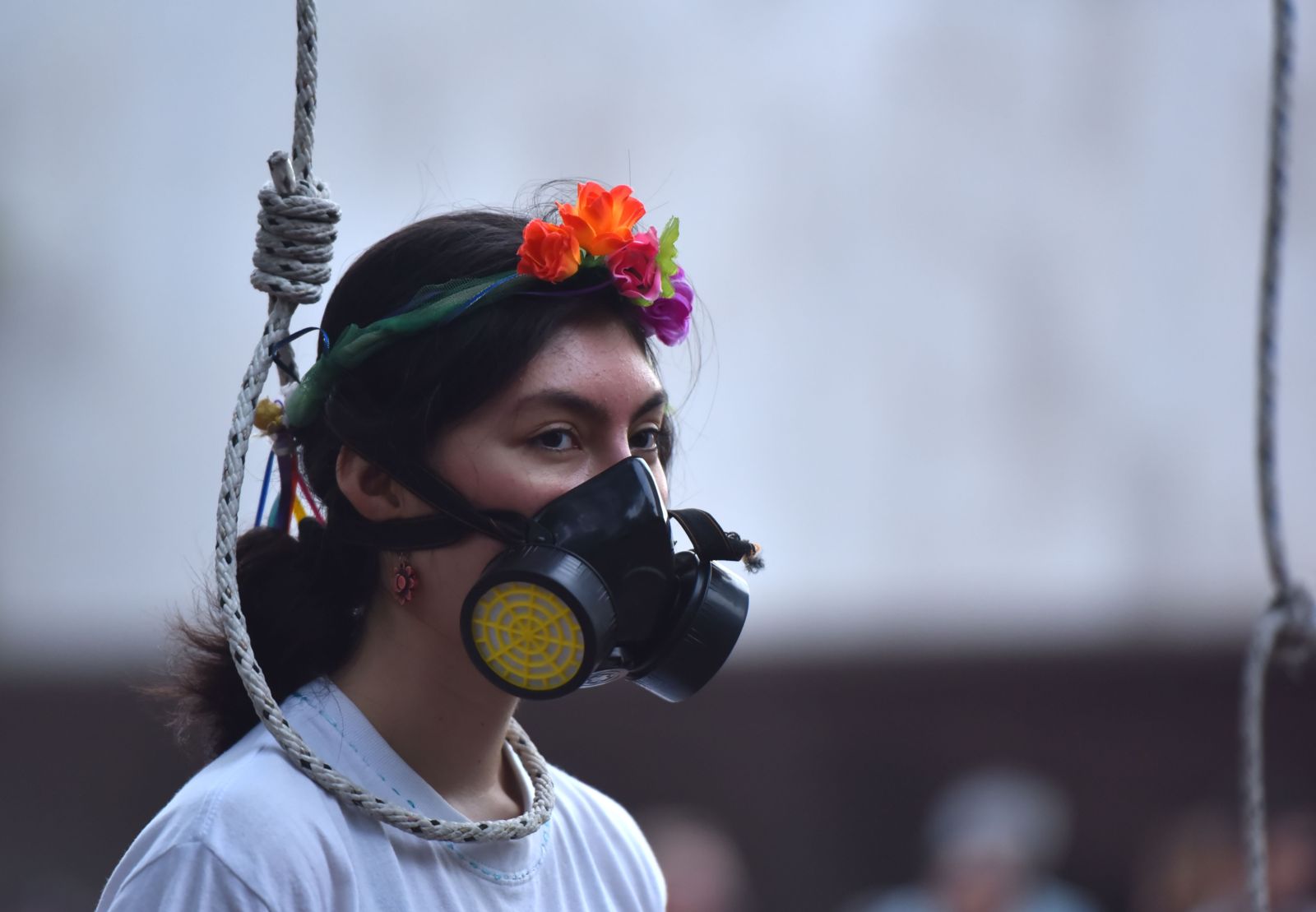 Climate change is perhaps the greatest threat to the guarantee and promotion of human rights at the global level due to its capacity to amplify, accelerate, and exacerbate pre-existing inequalities. However, little has been said about its impact on the configuration of scenarios of insecurity, violence, and the mistreatment of women and girls, especially rural, Black, Raizal and Indigenous women and girls, who mainly inhabit the territories most affected by the effects of climate change and environmental degradation.

Gender-based violence (GBV) - e.g., sexual, domestic or verbal violence; intimidation, harassment, abuse; economic deprivation, sexual exploitation and forced sex work - is a persistent and prevalent problem. For many women and girls, climate change can be a direct cause of GBV due to the disproportionate effect of climate emergencies in communities where women have historically faced conditions of neglect, dispossession, marginalization, and poverty.

This risk is compounded by the obstacles that marginalized communities face to adapt or recover due to limitations in access to productive and economic means for their subsistence, which generates more vulnerability to all types of abuse.

One such scenario stems from the recurrent emergence of illegal economies after climatic events. The relatively high dependence of women and girls on care work and their limited access to economic resources to adapt to uncertain scenarios means that impoverished women are forced to enter clandestine markets, most of which have very high associated environmental costs. Examples of these markets are deforestation, illicit crops, wildlife trafficking, and illegal mining.

This risk is compounded by the obstacles that marginalized communities face to adapt or recover due to  limitations in access to productive and economic means for their subsistence, which generates more vulnerability to all types of abuse.

This also generates negative feedback loops because these activities end up aggravating climate phenomena along with illicit transactional practices such as forced labor, slavery, and even the emergence of sex trafficking networks.

In the department of Guaviare, Colombia, illegal logging and mining, in addition to the progressive disappearance of forests due to the expansion of monocultures or the cattle frontier, have led to the involuntary displacement of impoverished Indigenous women and girls to urban settlements and to an increase in cases of sexual exploitation. According to Pedraza Bravo's research, both the Nukak Makú Indigenous community and the Jiw, who have traditionally fed on wild animals, end up migrating to urban centers due to the impossibility of accessing food or forms of economic sustenance. In this scenario, Indigenous women and girls are recruited by forced prostitution networks and it is they who end up paying the highest price.

Problems such as displacement or climate migration also disproportionately affect women because discriminatory gender norms limit their access to private property, land ownership, and results in difficulties in their  accessing financial services.

In such cases, GBV reinforces privileges and control over natural resources to which women do not have access. Research has found that physical and sexual exploitation has been used to intimidate women and prevent them from making land claims or participating in land reclamation and reallocation activities.

There is sufficient research evidence to conclude that GBV discourages women from participating and being active agents in protection initiatives, sustainable natural resource management, and the consolidation of climate-resilient communities.

Moreover, access to essential services for women and girls, such as sexual and reproductive health care, education, social protection, and responses to gender-based violence is often disrupted by climate disasters further exacerbating their impacts.. This is further accentuated by repeated appeals about overcrowded and insecure conditions in climate refugee camps, which tend to further expose women and girls to GBV.

Additional climate-related challenges for women and girls are linked to their roles as caregivers. In adverse climate scenarios resulting from changing weather patterns - more intense rains, prolonged droughts and higher or lower temperatures - women and girls are often responsible for ensuring access to food for their families. This not only makes them more vulnerable to physical, sexual or psychological aggression, but also causes them to drop out of school. This situation inevitably deepens tensions between gender roles and exacerbates unequal power dynamics.

In addition to violating the most basic rights, GBV truncates any attempt to advance development, whether sustainable or not. The implications go beyond mere physical and mental well-being in that they prevent women from taking on leadership roles and being involved in decision-making processes. Risk factors for GBV, such as stress and trauma, increase dramatically after natural disasters or prolonged climate stress scenarios, negatively impacting women's capacities to reincorporate into productive societies and limiting their opportunities to exercise their economic and political rights.

Likewise, GBV prevents its victims and survivors from exercising their economic and political rights, which limits their access to education and work, increases barriers to obtain  justice, and reinforces a culture of impunity. In this regard, it is important to note that attention to GBV is often hindered by cultural and institutional factors - such as shame, social stigma, and lack of services and guarantees for victims - that discourage reporting.

It is timely to direct the actions of governments at the global level towards risk reduction and effective attention to disasters associated with climate change. At the same time, it is important to understand that building climate-resilient communities requires human rights-based, gender-sensitive approaches that incorporate mechanisms to prevent GBV.

Ignoring this dimension suggests a vicious circle, which ends up weakening the success of any intervention associated with biodiversity conservation and peacebuilding. It is necessary to understand that gender equality, the eradication of all forms of violence against women, and the fight against climate change are mutually reinforcing demands. Failure to do so is a missed opportunity.

Paula Alejandra Camargo Páez is an environmental engineer, public policy specialist and master in interdisciplinary development studies. She is a feminist and researcher in climate finance and environmental justice, particularly on the impacts of energy transition and climate change on human rights.