In the ongoing funding for human rights debate, Saskia Brechenmacher and Thomas Carothers talk about how this closing space has become a phenomenon worldwide. Medha Patkar and Lenin Raghuvanshi discuss the Indian government’s paranoia about foreign funding, Tor Hodenfield documents how foreign funding has been all but criminalized in Ethiopia, while Maina Kiai discusses how a similar law was barely averted in Kenya.

The latest in line is the 2014 Foreign Contributions (Voluntary Activities) Regulation Act, which was approved by the Bangladeshi government and is likely to be passed during the current parliamentary session.  Drafted in a climate of shrinking space for divergent views, the law, aimed at regulating the flow of foreign funds into the country, has been described by some local NGO activists as draconian.

The draft law gives Bangladeshi authorities powers to take an unlimited time period to approve foreign-funded NGO projects, to close down NGOs in case of violation of the law, or to modify the design of any projects. Besides, it introduces bureaucratic impediments, such as requiring foreign-funded NGOs to renew registration every 5 years (instead of 10) and monthly coordination with government officials.

Dr. Iftekharuzzaman, director of the Bangladeshi chapter of Transparency International, captures the prevailing mood among NGOs in the country: “While we are all for accountability of NGOs, we are really troubled by not just the new provisions, but the general language of the law, which is more regulatory than facilitating.”

The content of the proposed law, however, is only part of the problem. The timing is also ominous, given that a government running on a questionable mandate and with an increasing tendency to repress dissenters currently rules Bangladesh.

The Awami League-led government came to power in last year’s election with more than half the candidates elected without contest, owing to an opposition boycott. To prolong its stay in power, the government is clamping down on critical voices, be it in the opposition, media or civil society. For example, the government has introduced new laws to curb the power of the media and regulate online dissent, as well as a constitutional amendment that empowers parliament to remove Supreme Court judges. The country has also witnessed a stark rise in extra-judicial killings and enforced disappearances, allegedly by law enforcers.

Since 2013, Bangladesh’s political situation has drawn attention due to mounting incidents of violence. A trial targeting collaborators with the Pakistani army during Bangladesh’s independence war has sharply divided the Bangladeshi polity along secular and religious lines. In 2013, a social media-driven (originally) secular youth movement in Dhaka, known as the Shahbagh Movement, demanded capital punishment for the alleged “war criminals”and captured the nation’s attention. Soon afterward, a platform of religious clerics and madrassah students across the country gathered in the capital under the banner of Hefazat-e-Islam, protesting what they perceived as derogatory online comments from some Shahbagh leaders.

Odhikar, a leading Bangladeshi human rights NGO that documents extra-judicial killings and other Bangladeshi law enforcement misdeeds, bore the brunt of the government’s wrath by contradicting the official death count on government efforts to disperse the Hefazat rally. Odhikar’s Secretary, Adilur Rahman Khan, was picked up at night during a religious holiday while law enforcers searched his office and seized computers and documents. Prosecutors later tried Khan under the newly fortified Information and Communication Technology Act, another controversial law, for publishing distorted images and information.

A telling fact is that Khan’s organization had faced issues with access to foreign funding even before the law was introduced. In a 2012 interview when the law was only a bill, he warned, “the proposed law will violate the freedoms of expression and association and will apply increased controls to human rights and voluntary organisations.” In fact, the proposed Foreign Contributions Act has the potential of becoming another government tool to repress dissenting voices. 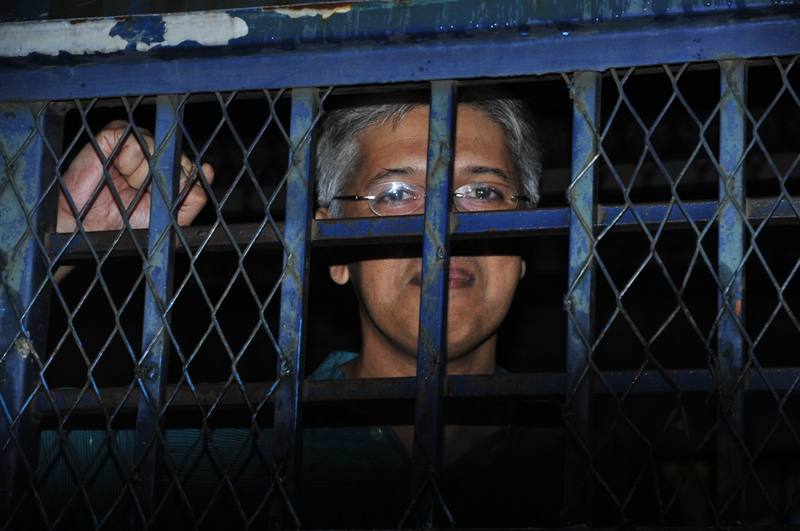 Bangladesh has been known as a breeding ground for the NGO movement. But this success has been accompanied by both justified and unjustified criticisms.

Things have gotten worse since. During the controversial January 2014 elections, some of the leading voices criticizing the government’s move to go ahead with elections were some of the same people heading important human rights organizations in the country. Over the last few months, Bangladesh has witnessed an increasing number of violent incidents, mirroring the period prior to the January 2014 elections. The opposition parties called an indefinite roads-rail-waterways blockade in January, leading to widespread violence across the country. As a result, more than 130 people died between January and late March.

Bangladesh has been known as a breeding ground for the NGO movement. Over more than four decades, NGOs in the country have accomplished ground-breaking work in lifting people out of poverty and protecting their rights. But this success has been accompanied by both justified and unjustified criticisms. On the one hand, allegations of NGO corruption and misuse of funds are fairly widespread, and given international financing for radical Islamist organizations, the government has been under considerable Western pressure to monitor the financing of private organizations. Therefore, a new law regulating foreign funding flows and their allocation is perhaps overdue.

On the other hand, however, corruption and terror financing could have been handled by the existing criminal code. Bangladeshi rights organizations, which rely heavily on foreign funding, are understandably concerned about the prospect of losing legitimate sources of funding. Foreign donors will need to accept any changes to project content proposed by the government under the new law. Non-governmental organizations also risk funding being diverted to other sources in cases of excessive delay in approval.

Dr. Iftekharuzzaman says the parliamentary committee scrutinizing the bill recently told the NGO community that their concerns would be given a fair hearing before the law is passed. After several proposed changes to the act conveniently went missing during the drafting process, however, Iftekharuzzaman and his allies are not very hopeful.