If Israeli human rights groups are labeled fronts for foreign interests due to their funding, what does that make Israel itself?

A few weeks ago, Israelis across the political spectrum found rare unity in fury against a macabre cartoon posted on YouTube. The cartoon ticked all the boxes of viciously anti-Semitic propaganda, featuring a hook-nosed, avaricious Jew hungrily pocketing gold coins from a foreign paymaster and manipulating the media to besmirch his country’s patriots. The cartoon even took care to revisit that vintage supporting character of anti-Semitic tropes stretching back a millennium, Judas Iscariot. Once the Jew in the cartoon exhausts his usefulness, the paymaster advises him to “take care of himself”, upon which the Jew obligingly hangs himself—a crude but faithful echo of the fate Judas meets in Matthew 27:3–10.

The cartoon was commissioned by the Samaria Settler Council, a non-profit enjoying considerable public funding; the Council’s chairman, Gideon Mesika, was virtually the only public figure defending the cartoon in the face of a ferocious backlash, including from some prominent settler leaders. The targets of the cartoon were anti-occupation and human rights activists receiving funds from foreign sponsors. As the Jew of the cartoon swings in the wind, the final frame displays the logos of a mishmash of funds, political movements and human rights groups, including Peace Now, B’Tselem, Yesh Din, Yesh Gvul, Rabbis for Human Rights, Breaking the Silence and the New Israel Fund.

There is much to unpack here, from the garbled metaphor (if the activists are Judas, does that make the settlers Jesus Christ?) to the paradox of conservative Zionists adopting anti-Semitic tropes to criticize Jews that disagree with them—a paradox whose regrettable history stretches back to the very first years of modern Zionism. But it also highlights, yet again, just how much of Israeli politics serves as a staging ground for a multitude of foreign interests, of which human rights funding is a relatively minor part.

To begin with, the organizations comprising the Zionist movement have always relied overwhelmingly on private donations from abroad to support their state-building activities, including the acquisition of Arab-owned land. The blue collection cans emblazoned with the logo of the Jewish National Fund (JNF) feature in childhood memories of generations of Jews in the diaspora (interestingly, including several generations raised when the JNF had already refocused from acquiring land for Jewish settlement, to developing lands confiscated from Palestinian villagers expelled during the 1948 war). Nearly all public institutions in Israel, from schools through universities to hospitals, also rely heavily on foreign funding—usually by philanthropists from the Jewish diaspora.

The same is true regarding politics and the third sector. While electoral fundraising in Israel is tightly controlled—effectively barring direct campaign funding from abroad by imposing tight caps on how much money can be raised and for which purposes—foreign funding helps set the scene and delineate the limits of acceptable discourse in which actual campaigning takes place. 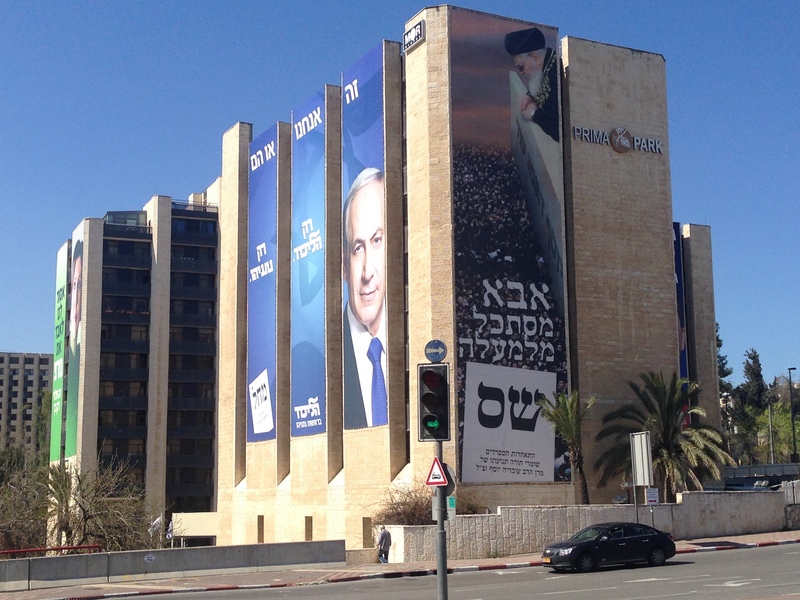 On the Jewish Israeli right, the most prominent vehicle for all this is Yisrael Hayom, a free daily newspaper run by Netanyahu’s main American backer, casino magnate Sheldon Adelson, as well as advocacy and campaign groups such as the Samaria Settler Council and organizations specifically trying to police discourse in the media and academia, like NGO Monitor and Im Tirtzu. On the left is a cluster of advocacy and litigation organizations; some are more expressly political, like Peace Now, but most are concerned with challenging human rights violations and raising awareness of them among Israelis. Although their track record is impressive, their effect on Israeli policies is minute.

Considering they are surrounded by universities, stadiums, hospitals, schools and bridges named after foreign benefactors, most Jewish Israelis are unfazed by allegations of foreign funding, whichever side of the political map they come from.

It is particularly interesting, then, to see the arguments that both right and left use when accusing each other of pandering to unaccountable foreign patrons. The left emphasizes the damage this does to Israeli democracy and—in Israel Hayom’s case—to freedom of the press. The right reaches into Jewish historical memory, trying, however clumsily, to draw a link between the European gentiles who persecuted Jews and the European gentiles who today try to meddle in the affairs of the sovereign Jewish state. The left has had moderate success, making some progress towards passing a law that would effectively shut Yisrael Hayom down. The right’s legislative success has also been fairly moderate: the bills designed to hamper the flow of foreign donations to left wing groups generated public debate and helped further scar the image of left-wing organizations. But none of these bills made it into law, either.

Ultimately, when nearly every notable organization receives some sort of foreign funds, using this particular accusation becomes laughable. In fact, most Jewish Israelis are unfazed by allegations of foreign funding, whichever side of the political map they come from. Considering they are surrounded by universities, stadiums, hospitals, schools and bridges named after foreign benefactors, this is hardly surprising. It is even less surprising considering they are constantly reminded that their very existence is propped up by a particularly generous foreign patron—the United States.

So if most Israelis don’t care about foreign funding, then why attempt to sling it as mud? The real disagreement here—and the inspiration for the cartoon—is arguably not about funding. In fact, the value of foreign funding is one thing all sides can agree upon, though publicly they never would. The real dispute begins and ends in much less tangible things than foreign influence. Traumas past and present, explicit and unarticulated grudges, fear of the other, a terror of an uncertain future, and above all, constant conflation of hegemony and survival, all drive Israeli politics. Foreign funding is an important stimulating factor, but hardly a defining one. At the moment, the left needs foreign funding more than the right, because the right connects to Israeli fears, grudges and traumas much better than the left does.

As illustrated by public outrage over derogatory comments made about right-wing Mizrahi Jews at an overwhelmingly Ashkenazi centre-left rally, the Israeli political left has yet to acknowledge that some of these grudges even exist. This is the real divide—and despite attempts to use foreign money as a type of slander, squabbles about funding sources will never be the key issue.

Dimi Reider is an Israeli journalist who has written for the New York Times, Foreign Policy and Reuters, among others. He is an Associate Policy Fellow at the European Council on Foreign Relations, and a co-founder of +972 Magazine.