Making sexual and reproductive health services accessible in practice means the limits of invoking conscientious objection must be incisively interrogated. 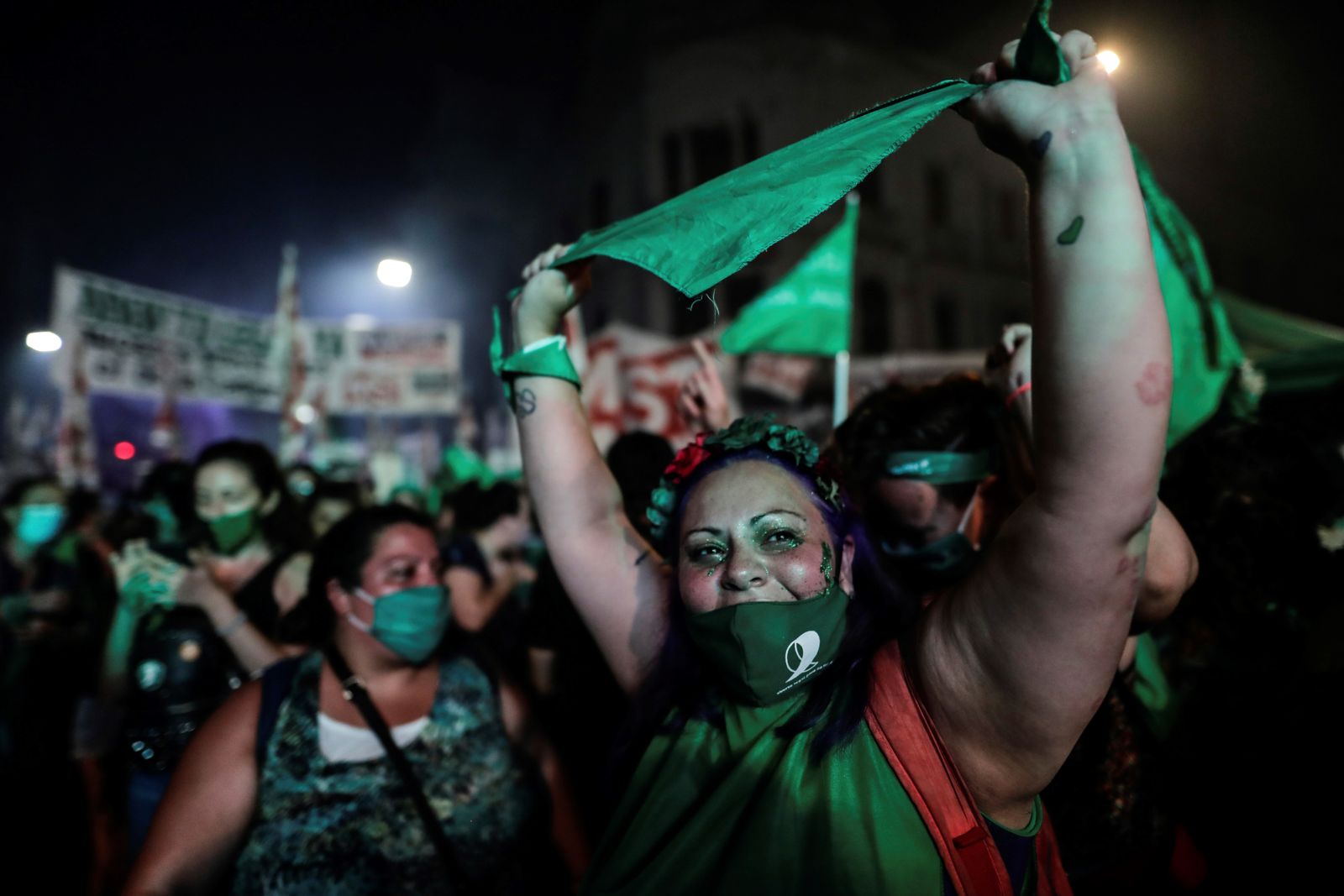 Hundreds of thousands of people celebrate the decriminalization of abortion after it passed the Senate in Buenos Aires, Argentina in December 2020. EFE/ Juan Ignacio Roncoroni

These strides towards increased protection of sexual and reproductive rights boosted enthusiasm and optimism across Latin America. The triumph of Argentina’s Green Wave—named after the use of green handkerchiefs to show solidarity with the cause—has inspired other women’s rights movements in the region with calls to legalize abortion. Already, visible efforts have begun to emerge in Colombia, Mexico, and other neighboring countries where abortion has historically been illegal or severely restricted.

Despite the excitement for what looks like the beginning of a new era for women’s rights in the Americas, the accessibility and availability of abortion services remains in jeopardy due to the widespread use of conscience-based claims.

Just days after Argentina’s access to abortion law entered into force, anti-abortion groups launched a strategy aiming to make abortions inaccessible for most individuals seeking them. This strategy included flooding the courts with lawsuits that challenged the newly instated law and encouraging the sexual and reproductive health providers to use conscience-based claims.

Examining the origins of conscientious objection demonstrates that modern applications of this right are, for the most part, unjustified. For example, the right to freedom of conscience is limited to the extent that exercising it should not inhibit the rights or freedoms of others. In other words, conscientious objection should not constitute a barrier to sexual and reproductive health services; and yet, the invocation of conscience-based claims constitutes one of the most significant stumbling blocks to the realization of others’ fundamental right to health.

The right to freedom of conscience and the use of conscience-based claims have, in recent years, been weaponized to perpetuate and bolster existing power structures in society.

From a public health standpoint, a providers’ refusal to provide abortions on conscientious grounds creates an obstacle to effective access to these health services, which, in turn can increase health risks. When conscientious objection becomes popularized among wider communities of healthcare providers, it can leave individuals seeking essential sexual and reproductive services without access to them in entire regions. For instance, in the capital of the province of Salta, the seventh most populous city in Argentina, there are only 19 health professionals willing to guarantee the right to legal abortion in public hospitals. Moreover, in the city’s Maternal and Child Hospital, a staggering 90% of the 70 gynecology specialists refuse to provide abortion services on conscientious grounds.

Instead of fulfilling its intended purpose of protecting marginalized and vulnerable populations, the right to freedom of conscience and the use of conscience-based claims have, in recent years, been weaponized to perpetuate and bolster existing power structures in society.

The reaction against abortion laws is not unique to Argentina. Across Latin America, anti-abortion groups have vowed to fight any efforts to expand access to reproductive services. In Brazil, for instance, President Jair Bolsonaro announced, with the support of Evangelicals, that he would veto any law legalizing abortion. In January 2021, in Honduras, where the conservative party has close connections to both the Catholic and Evangelic churches, the Congress approved an initiative that requires a qualified majority to make any abortion-related constitutional amendment—effectively shielding the total ban on abortion that is enshrined in their Constitution.

It is clear that, instead of discouraging anti-abortion groups, reproductive rights victories have reinvigorated their undertakings to limit and even subvert progress towards effective access to sexual and reproductive health services.

To fully realize sexual and reproductive rights, a fundamental aspect of the right to health, governments must remove the major barriers standing in the way of women, transgender, and non-binary individuals’ ability to access these health services.

Women’s rights advocates must bear heavy political pressure on governments to finally fulfill their responsibilities to protect the right to health. Governments must stop pretending that anti-abortion groups’ abusive use of legal mechanisms, such as conscientious objection, to limit enjoyment of other people’s rights is merely a reflection of the rules of the game. Rather, they must recognize the undemocratic nature of protecting the right to conscientious objection when its intended use is to veto the enjoyment of other people’s rights

Legal charades are not enough. To fully realize sexual and reproductive rights, a fundamental aspect of the right to health, governments must remove the major barriers standing in the way of women, transgender, and non-binary individuals’ ability to access these health services. Any efforts to promote sexual and reproductive rights must include ways to prevent the abusive use of conscience-based claims.

While the repeal of the global gag rule and the progress on abortion decriminalization in Argentina may, on the surface, appear to render safe abortion more accessible in the Americas, the truth is that with these victories, groups who would sap progress are more active than ever.

Making sexual and reproductive health services accessible in practice, and not solely in theory, means the limits of invoking conscientious objection must be incisively interrogated.

Kayla Zamanian is a student in the School of Foreign Service and a Global Health Initiative Student Fellow at Georgetown University.