Some argue human rights are insufficient to tackle inequality but overlook the emancipatory power of rights—to create the space to mobilize for change, a dynamic evident in rights litigation in South Africa. 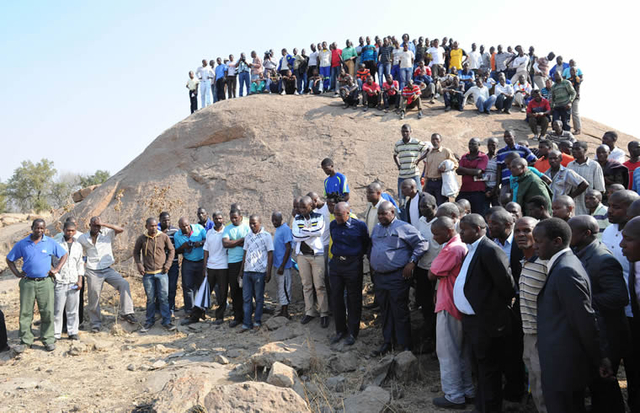 On 10 December 2018, the Universal Declaration of Human Rights (UDHR) celebrated its 70th anniversary. A few months prior to this anniversary, Yale Law Professor Samuel Moyn published his book entitled Not Enough: Human Rights in an Unequal World, a provocative account of the failures of human rights to confront global capitalism and concomitant rising social inequality. In it, he contends that “… no human rights NGOs, northern or southern, emphasized inequality for its own sake”. Moyne’s critique (which echoes other contemporary criticisms of the limitations of rights), argues that the human rights movement has retreated from the clear redistributive and equality-focused vision of the UDHR, into a realm of anodyne civil and political rights-dominated international treaties and non-governmental organizations.

But, as highlighted by Wendy Brown, this misses the main power of rights. Rights catalyze and mobilize agents of change. She points to the paradox of rights, whereby rights that “… entail some specification of our suffering, injury or inequality lock us into the identity defined by our subordination, and rights that eschew this specificity not only sustain the invisibility of our subordination but potentially even advance it”. Yet, in highlighting this subordination, the language of human rights affirms the untenability of injustice in the present and articulates the conditions and contours of justice in the future. In other words, what is overlooked in Moyne’s critique is the emancipatory power of rights—not as ends, nor even only as instruments, but as articulating what equality and freedom might look like. Through demanding rights, there is space provided to mobilize for social change.

The radical potential of rights to create spaces in which subordinate groups can think, dream, plan and mobilize, can be seen around the world. In South Africa, a rights-based framework has structured the opportunities for action since 1994, particularly through public interest litigation. One of the sites of rights-based struggle has been the Socio-Economic Rights Institute of South Africa (SERI), which I co-founded and directed in 2010-12.

SERI has from the outset frontloaded socio-economic equality as its overarching ideal, and in its logo, the E of the SERI acronym is the equality symbol; the Ford Foundation is one of its funders, and Ford itself since 2012 has focused on tackling inequality. Informed by relationships with socio-economically excluded individuals and communities, social movements and other non-governmental organizations, SERI views its role as acting to “protect and expand the political spaces in which individuals and communities organize and press for social change”. SERI’s work is thus overtly “political” (with a small p).

Working on a range of cross-cutting themes identified by partners as being the most relevant fault lines of struggle—securing a home, making a living and expanding political space—SERI integrates its litigation with research and advocacy. For SERI, to be strategically optimal, litigation should a) challenge and move structural frontiers in the public interest, and/or b) at a more direct and micro level, remove barriers and construct space within which SERI’s partners can better organize, mobilize and advance their lives.

SERI has experienced significant legal successes and it has won most of its cases. In the realm of political space, SERI has successfully defended community activists against unlawful arrest and detention; it has ensured a degree of justice for the families of the Marikana miners who were killed by the police during protests in August 2012; and it has expanded the legal boundaries within which protest can occur. In the realm of living space, SERI has advanced the jurisprudence on just and equitable evictions; it has compelled the government to upgrade, and provide services to, informal settlements; and it has developed the law to restrict the power of private actors such as banks and landlords to act against low-income home owners and tenants. In this way, SERI has made meaningful inroads into the political and socio-economic status quo.

Alongside these legal victories, SERI has also experienced legal disappointments, notably in relation to its attempts to get the courts to define the content of the right to housing. Most devastatingly, structural inequality and socio-economic exclusion in South Africa have increased rather than decreased. However, according to SERI’s theory of change, litigation (and rights more generally) is a means rather than an end, aimed at “the creation … of spaces in which ordinary men and women can act for themselves”. Thus, recognizing that struggle is constant, SERI has used rights to highlight injustice, articulate more just alternatives and open up the spaces in which subordinate groups can organize and mobilize for social change towards a more progressive society and economy. It seems that human rights might, paradoxically, be enough to ensure that, in Martin Luther King’s words, the long the “arc of the moral universe…bends towards justice."