Americans’ support for torture increases depending on who is involved and how it is framed.

Public pressure on government is one fulcrum by which the global human rights movement has made an impact, and a series of studies by James Ron, Shannon Golden, David Crow and Archana Pandya produce positive evidence about public support for human rights in a variety of countries across the globe. That said, Ken Roth is dubious about the promise of public opinion to reign in abuse, Ben Valentino and Ethan Weinberg argue that framing is critical for generating US public support for R2P, and Nat Kendall-Taylor explains why, even with excellent framing, public opinion has limited prospects.

When it comes to democracy and torture, there are two opposing views. Democratic optimists argue that democracy is an effective constraint, because public revulsion will limit abuse. Democratic pessimists argue that it is not a constraint, because large segments of the public do support torture as long as it is only used against people who are deemed threatening to society. The pessimists can point to several politicians in democracies who have advocated for torture. For example, when politicians such as Brazilian congressman Jair Bolsonaro, former US vice president Dick Cheney, and current presidential candidate Donald Trump publicly called for the abusive interrogation of “terrorists” and others, they received support from large segments of the public. Courtenay Conrad, myself, and others have used empirical studies to explore this question.

The optimists err by failing to consider the factionalism that is part and parcel to democracy. They also do not think about the effectiveness of appealing to fear, especially for right wing politicians. Voters who support right leaning political parties tend to be strong supporters of punishment for wrong doing, and pro-active security policies that eliminate a “threat” before it has had a chance to strike. Bolsonaro, Cheney, Trump, and other politicians call for the abuse of detainees they deem a threat to security and are rewarded for it among their constituents. Yet this is not only a right wing issue. As we know, racism, xenophobia, and images of the “threatening other” produce implicit bias across the political spectrum, further undermining the humanity of those painted with such imagery. We argue, therefore, that as long as racism, xenophobia, etc. continue to exist in societies, electing leaders via the ballot box will generate considerably less constraint on torture than most believe. 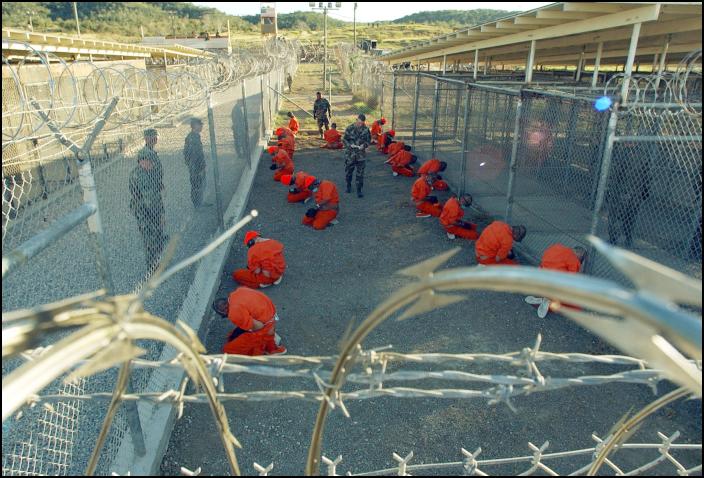 How does xenophobia shape Americans' perceptions of torture?

To explore our ideas we surveyed Americans to see if their support for government torture was swayed by information about the detainee or the officials doing the interrogation (please email if you would like a copy of the unpublished study). Our study was part of a large survey of roughly 1,200 Americans who were recruited to generate a nationally representative sample for a consortium of more than a dozen US universities.

We asked Americans about their approval of “interrogation tactics that would inflict severe pain or suffering, whether physical or mental” against someone who was stopped for a traffic violation and refused to provide police with identification. The computer randomly “decided” whether the person stopped was named William Shaw, Hector Gonzalez, or Ahmad Nazari. Given contemporary demonization of Arabs as “terrorists” we expected that public support for abusing Mr. Nazari would be considerably greater than for those asked about Mr. Shaw, and that because discrimination against Mr. Gonzalez is not tied to a security threat his name would not generate as much of a bump in support as would Mr. Nazari. Figure one shows that people who were asked about Mr. Nazari were much more supportive of granting the government authority to torture.

Americans’ support for torture is considerably stronger if the detainee is from a group that many in the public perceive as “threatening.”

Our research shows that Americans’ support for torture is considerably stronger if the detainee is from a group that many in the public perceive as “threatening,” and if “intelligence” agents are doing the questioning.

Others report results consistent with our argument. Doing their own survey experiments, Erin Kearns and Joe Young also measured people’s support for government torture. They showed some of the people a clip from the American television show 24, in which the main character, Jack Bauer (a US intelligence agent with the Counter-Terrorism Unit) uses torture to secure information and prevent an attack. Those who viewed the “effective torture” clip were notably more supportive of torture in a follow-up question than were those who did not view the clip. Jim Piazza also reports the extent to which the religion of the detainee influences Americans’ support for torture (ungated PDF).

That said, not all the news from our research on torture is disappointing. While public opinion isn’t the strong constraint many believe, we have shown in otherstudies that strong constitutional courts are a more effective bulwark against abuse.

In closing, I find it helpful to remind people that Lynch mobs and pogroms are democratic (majority rule) among the gathered who carry out the abuse. In the US, lynchings only became rare around the 1940s, when County Sheriffs and courts established the upper hand vis-a-vis civil society demanding “justice”. The federal government had to step in during the 1960s when the mobs resurfaced in response to the Civil Rights movement, using both the FBI and federal courts to enforce a rule of law over majority rule by the privileged, who were trying to retain their dominance of subordinate groups. These survey experiments show that Americans’ support for abuse of detainees continues to fluctuate in response to the “framing”—a fact that politicians know will boost their support among the faction of voters whose support they need.