“The time is right to harness the power of international criminal law to protect our global environment.” 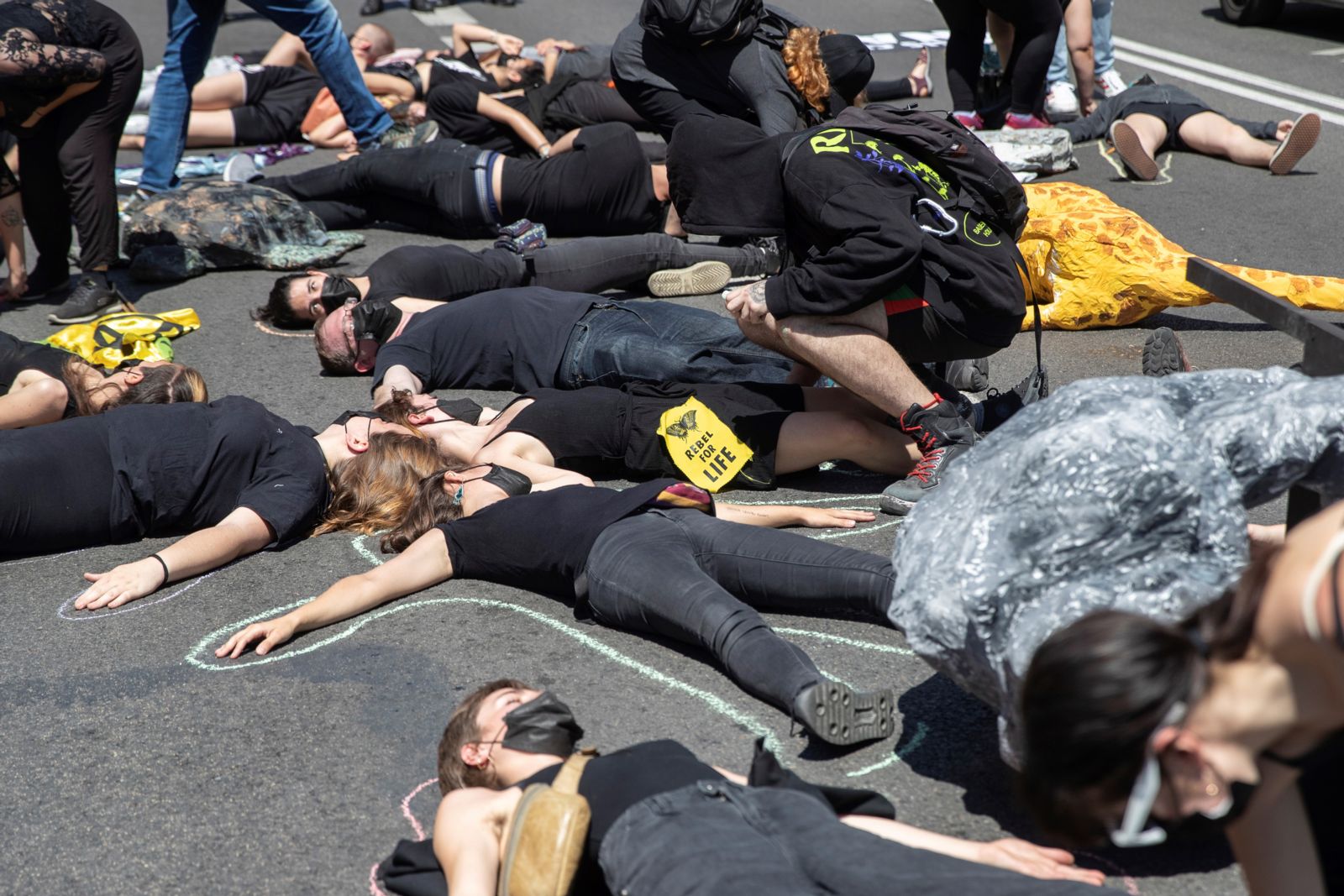 Activists from Extinction Rebellion protest along the Gran Vía in Madrid demand that "ecocide" be recognized as an international crime in June 2021. EFE / Rodrigo Jimenez

In December 2021 in The Hague, the governing body of the International Criminal Court (ICC) held its annual meeting. The most substantial development, however, was not on the official agenda and did not involve the U.S., China, or other major powers. It happened instead at a designated “side event” hosted by the Republic of Vanuatu and the Independent State of Samoa. There, a new international crime was defined: ecocide.

“The time is right to harness the power of international criminal law to protect our global environment,” argues Philippe Sands, co-chair of the expert panel that drafted a legal definition of ecocide.

The panel defines ecocide as “unlawful or wanton acts committed with knowledge that there is a substantial likelihood of severe and either widespread or long-term damage to the environment being caused by those acts.” If enacted, this law would be a substantial preventative measure in stopping some of the world’s worst climate abuse. As a scholar who has researched war crimes and worked with war criminals, I've seen firsthand what happens when perpetrators believe they can act with impunity, and how that changes when they begin to fear the ICC’s power.

The ICC was formally established in 2002 to prosecute the gravest crimes of concern to the international community: genocide, war crimes, crimes against humanity, and the crime of aggression. Today, with unchecked climate change ascending to the level of a pervasive and catastrophic threat to basic human rights, a growing coalition of individuals and groups—from Pope Francis and Stop Ecocide International to West Papua’s indigenous independence leaders and the International Corporate Governance Network—are calling on the ICC to hold violators criminally responsible for crimes against the environment.

As our environmental peril has accelerated, precedents for this seemingly drastic action have begun to accumulate. In 2015, the Dutch environmental group Urgenda Foundationsuccessfully sued the Dutch government for inaction on climate change. This summer, the French Parliament adopted the Climate and Resilience Law, which defined ecocide as a crime punishable by up to ten years in prison and a fine of €22.5 million ($25.8 million). In December, AllRise, a group of climate lawyers, filed a dossier with the ICC to investigate Brazil’s president, Jair Bolsonaro, for crimes against humanity for “fueling the mass destruction of the Amazon.”

The process for making ecocide an international crime is straightforward. Next December at the 2022 Assembly of States Parties (ASP), any of the 123 member nations may propose the draft law as an amendment to the Rome Statute, which is the treaty that established the ICC. Of the many candidates for this action, several are island nations including the Maldives and the Marshall Islands, which are already endangered by rising sea levels from climate change. After that, a two-thirds majority at the ASP or a review conference is required for adoption.

Progress on climate change will be far easier to achieve at the ICC than at the annual UN Conference of Parties, the UN climate change summits. The world invests great hope in the annual COPs, but as the collapse of COP26 in Glasgow in November 2021 painfully revealed, a tiny number of powerful polluting nations have the ability to derail that process and prevent any real progress. At the ICC Assembly, by contrast, each nation receives only one vote and powerful bad actors do not have veto power.

The world is ready for this law as the grieving global response to the failures of the Paris Accords and COP26 reveal. However, the primary hurdle in the way of success is time. We are now at a stage with climate change where we have none. And the history of the Rome Statute shows that amendments can take years from first proposal to final ratification.

Yet some advocates argue that in the case of an ecocide amendment, time may be an asset. Corporate behaviors will begin to change as soon as a nation submits a proposal. With the expectation that the new law will be enacted within a few years, businesses could use that time as a transitional period to change the way they operate.

The primary hurdle in the way of success is time.

Investor-owned corporations like Chevron, Exxon, BP, and Shell—who together have produced 10% of global carbon emissions since 1965—will be especially vulnerable to charges of international criminal behavior. Even major powers like the U.S. and China, which have not joined the Rome Statute, will not be free of the law’s reach. Crimes committed on the soil of member nations are part of the court’s jurisdiction. It does not matter if the perpetrators hail from a country that does not recognize the ICC. The Trump administration’s frantic efforts to delegitimize a potential ICC investigation into U.S. war crimes in Afghanistan only reveal how serious the threat of such charges are, even to a superpower.

In 2021, ecocide was a sideshow for the ICC. Next year, with enough public pressure, it will be the main event. And then the fight against climate abuse can begin in earnest.

What does the right to a healthy environment mean for wildlife crime?