Was there a magic messaging bullet that helped change American public opinion on same-sex marriage?

Since marriage equality became the law of the land in the United States earlier this summer, I’ve been asked repeatedly what the “secret sauce” was: “How did you guys do it?”

There are, of course, many factors that went into same-sex marriage being legalized in fits and starts since 2004 through legislatures, ballot measures and the courts. But one of the most influential was the marriage movement’s investment in a strategic communications operation, both nationally and in dozens of states. It was this data-driven communications machine—which was always turned on—that caused support for marriage equality to skyrocket 20 points in just a decade.

It was this data-driven communications machine that caused support for marriage equality to skyrocket 20 points in just a decade.

For decades, the gay rights movement emphasized the countless rights and benefits that came with marriage. But that legal frame, including the word “rights”, didn’t work. It was sterile, materialistic and unpersuasive. Just as Rachel Krys argues, the way that human rights are framed has an enormous impact on public support for a cause, especially if the cause is fairly disconnected from people’s daily lives. Knowing that data and research are the backbone of any serious communications undertaking, we dove deeply into qualitative and quantitative research in the late 2000s to fix our messaging problem. The purpose of this research was twofold: first, we wanted to understand what the conflicted middle’s reservations were to same-sex marriage; and second, we needed to figure out how to meet those folks—and onetime opponents—where they were in their own mental template and help get them on board.

With a mountain of polls and focus groups as our guide, we settled on a values frame that hit on why most people get married: love, commitment and family. We deployed two additional values-based arguments: the Golden Rule—treat others as you wish to be treated—and freedom, a concept that spoke to Republicans (many of whom we needed, and who are the reason why polling today is sky-high at 60%). Voilà—the magic messaging bullet was born.

But the messenger matters as much as the message. Advocates put the human face on the policy issue of same-sex marriage with loving gay couples from all walks of life. It was especially important to humanize and dramatize their stories. Also essential were third-party validators, like moms and dads standing up for their kids’ right to marry and unexpected public champions—be they (at that time) service members, boldface Republicans or Fortune 500 companies. As I wrote for Stanford Social Innovation Review earlier this year, these straight validators gave undecided citizens and soft opponents permission to “evolve” their thinking, at their own pace, on the marriage issue.

With message and messengers now nailed down, we went on offense, which meant defining and driving the national conversation. That included dropping compelling narratives into the political media ether to fuel the momentum for marriage. We also plugged into existing storylines in business and celebrity press to maximize coverage. That involved, among other efforts, producing endless visual content, including dozens of 30-second TV ads, countless web videos, and Facebook image shares. 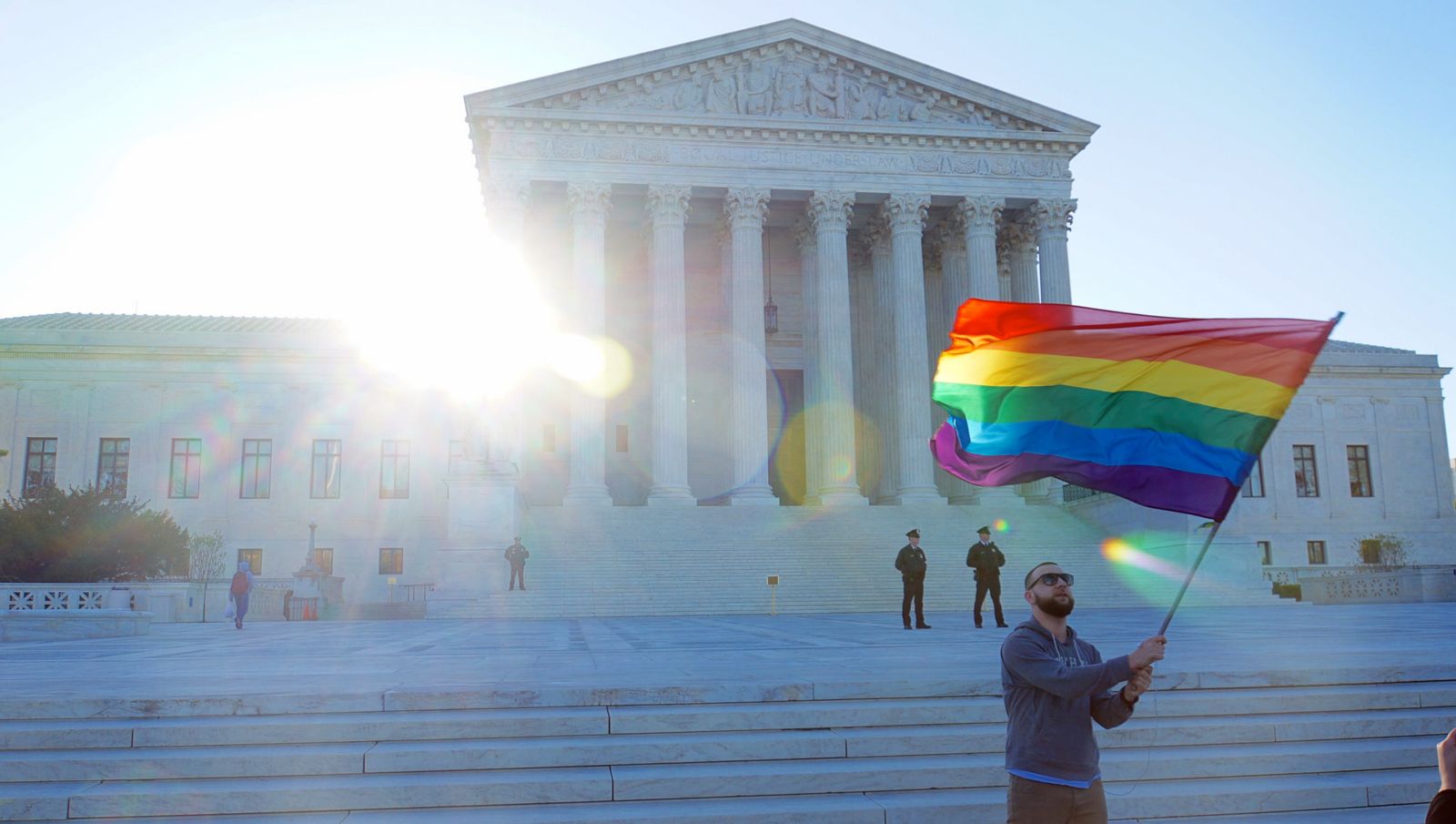 The US Supreme Court ruled favourably on marriage equality this past June.

That’s not to say we didn’t play tough defense—particularly in the legislative and ballot fight years (2009-2012). The marriage movement spent a significant amount of money to fully understand and win the public relations battle against the professional opposition—especially those groups that sounded reasonable and took a more strategic, moderate-sounding tone.

All of this research and communications work wasn’t random or done in a vacuum. It required a vehicle, an organizing principle, an urgent call to action to be successful. Those vehicles were legislation, ballot initiatives, and court cases around which we ran professional communications campaigns—all victories in recent years that paved the way for the favorable Supreme Court ruling this past June.

There has never been more momentum globally for marriage equality. Twenty countries have approved gay couples marrying, up from zero roughly a decade ago. Ireland, one of the most Catholic countries on the planet, recently added its name to that list with a landslide victory achieved through a first-of-its-kind popular vote.

But the real secret to success on marriage equality both in the US and globally is sociocultural: millions of gay and lesbian people have been coming out. And without that happening, we wouldn't be where we are today.

Kevin Nix (@KnixMedia) served as communications director for Freedom to Marry. He is president of the newly launched Playbook Strategies, a boutique public affairs shop focusing on social policy.