It’s not useful to debate whether human rights derive from religion or to include religious leaders only as token voices. What we need are authentic alliances with faith groups that harness the real power of the rights movement: a belief that we are all equal in dignity and rights.

The misuse of religion has posed one of the bigger challenges to the human rights movement... Above, protests are staged in Tunis against religious violence and extremism in October 2011. Mirak Hikimori/Demotix (All rights reserved)

To what extent can we push the relationship of human rights and religion, without compromising the very things we are fighting for? Larry Cox recently argued in openGlobalRights that the real power of the human rights movement comes from its religious dimensions. And yet, Cox himself states that, “some of the most spectacular expressions of religious fervor come from groups that promote violence, intolerance, misogyny and homophobia.” Given that the misuse of religion to justify oppression has been one of the bigger challenges the human rights movement has faced, we must be very cautious about taking this connection too far.

This debate, of course, has been churning for decades. Fifteen years ago, Louis Henkin observed that, “religions have not been notable for commitment to gender equality. Some religions have not escaped the brush of slavery. Some religions have been charged with propagating, or tolerating, hatred of some group or another (e.g. anti-Semitism). At various times, in various places, religion—some religion—has not avoided practices that are horrendous, or surely highly questionable from the human rights perspective.”

Even if this weren’t the case, it’s not particularly useful to quibble about whether human rights law derives from religion, non-religious ideas from the Enlightenment, twentieth-century responses to the scourge of two world wars, or a combination of the above. In truth, where does that argument really get us?

Cox is absolutely correct when he says that human rights activists can do more to find common ground with religious communities and can benefit from alliances with faith-based groups. Some of the most effective human rights advocacy on the death penalty, enforced disappearance, prison conditions, and torture has been in partnership with, and in some cases led by, religious leaders.

In fact, Jo Becker, the advocacy director for Human Rights Watch’s Children’s Rights Division, has concluded that in recent years, broad-based and strategic alliances are the heart of the most successful human rights advocacy efforts. But these partnerships hardly require a debate on the religious foundations of the rights movement in order to be effective.

Amnesty International and other international human rights organizations come to the table with many strengths, but they frequently lack the first-hand credibility and local expertise of faith-based and other grassroots groups. And because it’s often difficult to predict with any certainty what point of pressure will prove to be the tipping point that generates change, a multifaceted approach increases the chances of success.

But this doesn’t mean we can just push for the entire rights movement to “get religion.” After all, alliances are most effective when they are equal partnerships, where each party knows and respects the others’ perspectives, and where they can agree to disagree along the way to finding common ground. The best alliances are more than the sum of their parts.  A diverse group of advocates speaking with a single message can smash stereotypes and provoke profound changes in attitudes and policy.

Indeed, such alliances harness the real power of the human rights movement: its proposition that we are all equal in dignity and rights, regardless of gender, color, faith, or any of the innumerable other facets of our identities.

These alliances are not effective, however, when they’re not authentic—for example, when religious communities feel that their faith is being instrumentalized, and that they’re being invited to the party purely for the numbers they bring. Nor are they convincing if faith has only a token seat at the table. Of course, when it comes to matters of faith and belief, we all have a claim to practice religion and hold other beliefs as a matter of right. In practical terms, this means that we can and should hold states as strictly to account for infringement of religious freedom as we do for violations of other rights. 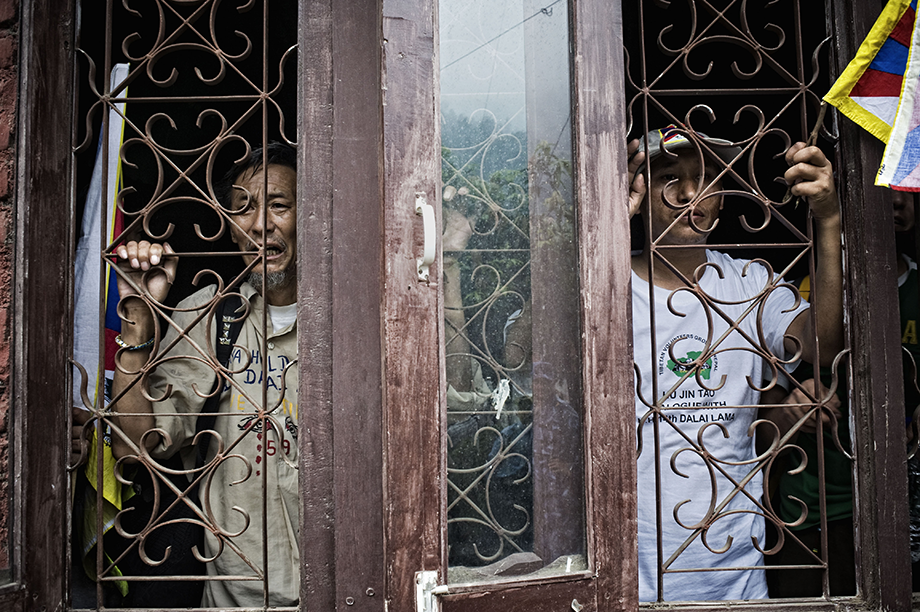 ...But human rights include the right to freedom of religion. Above, Tibetan refugees from Katmandu are arrested during a peace march while trying to cross the Nepal-Tibet border in June 2009. Edwin Koo/Demotix (All rights reserved)

There’s no question that this is an imperative. Freedom of religion is under serious threat in many parts of the world. To cite just a few examples, in China, Buddhists and Christians who practice their religion outside officially sanctioned channels, along with Falun Gong practitioners, have been tortured, subjected to arbitrary detention, and faced other serious restrictions on their right to freedom of religion.

In sum, human rights include the right to freedom of religion, and it’s certainly worth remembering that. Cox is correct when he says we need rights to protect the power of faith in people’s lives and guard against its misuse. But this connection is not the same as pushing for religious keystones in human rights. Despite Cox’s statement that most religions preach a love of all people, distortions of these religions often preach quite the opposite. Therefore it is essential to insist that the state not legislate on the basis of a single conception of morality. This is where the linkages between human rights and religion become highly problematic, especially in countries with multiple religions in conflict.

Of course, human rights activists work regularly with partners in faith communities and should increase that collaboration. If that’s what Cox means by “getting religion”—that we need to understand it better and reflect it more consistently in our work—then fair enough. Point taken.

But should human rights “get religion,” in the sense of embracing a faith-based underpinning to human rights norms? That’s a dubious proposition that risks more than it stands to gain.