In the last few years, the Egyptian government has launched an unprecedented crackdown on civil society, causing human rights NGOs to flee, adapt or freeze. 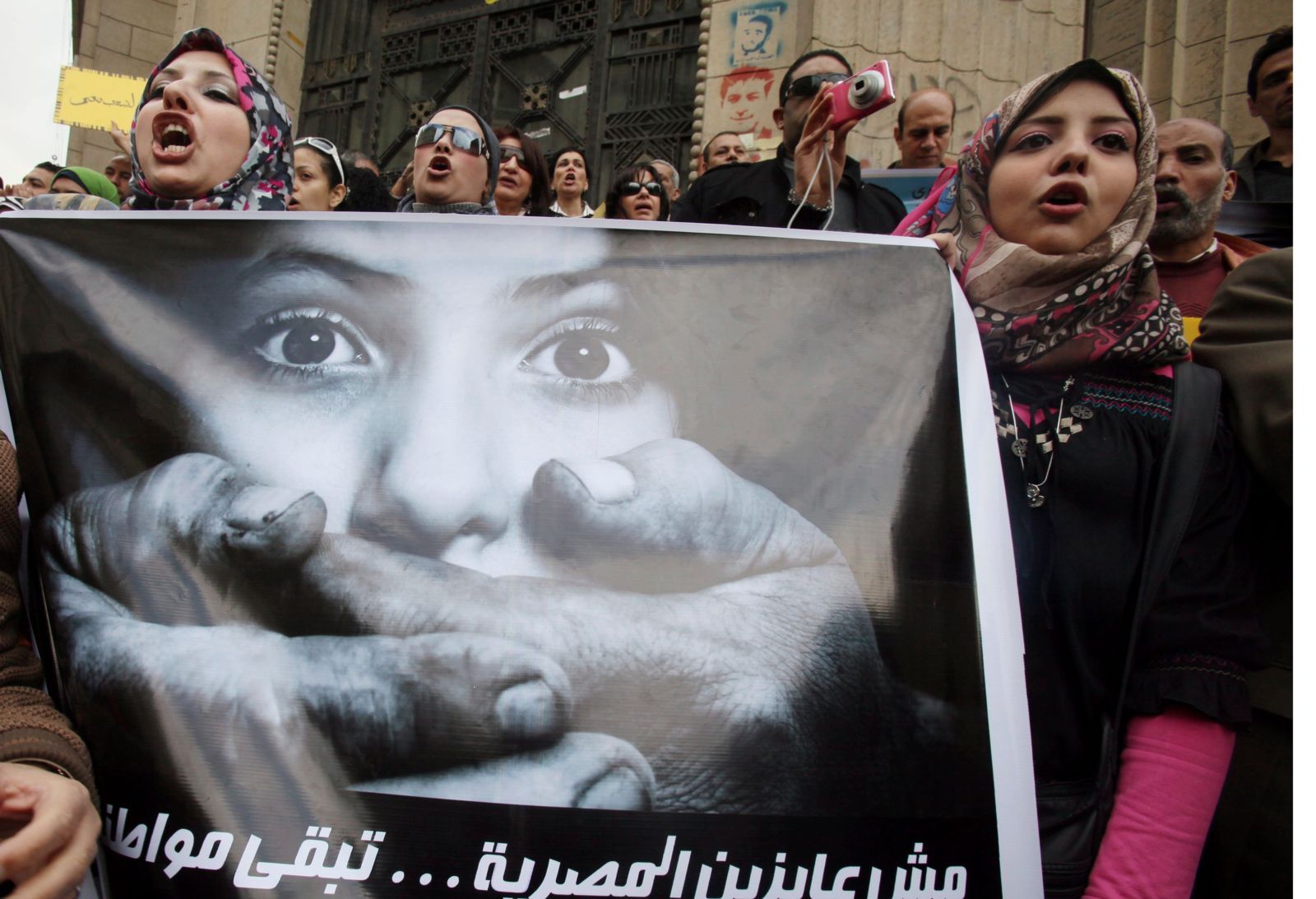 Most of the organizations which remained in Egypt after 2013 had to cut staff and reconfigure or decrease activities.

Between 2014 and early 2018, the Egyptian government cracked down with unprecedented fury on civil society organizations (CSOs). Previous regimes worried about international reaction and reputational risk, and, to a lesser extent, maintaining the appearance of freedom of association. The current regime, however, is far less concerned about these issues. According to various human rights reports, it has committed with impunity some of the most egregious human rights violations in Egypt’s modern history: crushing nearly all forms of public dissent, killing nearly one thousand protesters in one single day, and imprisoning tens of thousands of people for years without trial or in preventive detention.

The many tools in the regime’s authoritarian arsenal against human rights advocacy and CSOs include: restrictive laws and regulations, vilification and labeling, media censorship, and lawsuits charging HRDs with establishing illegal organizations, national security violations, and tax evasion. The government has strangulated and demonized human rights actors by portraying them as traitors, foreign agents, restricting their physical movement, and drying up their funding streams (especially foreign funding).

The regime has utilized restrictive and ambiguous laws and a vilification campaign in pro-government media to undermine human rights actors. The draconian 2017 Law 70, which replaced a similarly restrictive legislation, declared that foreign funding for NGOs must be pre-approved by the state, including security agencies which control an inter-agency committee set up for this purpose. If convicted, HRDs who violate this law can spend as many as five years in prison.

A judicial case that began with security forces storming five foreign organizations in December 2011 illustrates the dual nature of the crackdown: 43 people were indicted on alleged “evidence” found in these raids. Two years later they were convicted for founding and running branches of international organizations and receiving foreign funding without licenses and permits. A mass media campaign accused the defendants of conspiring “against national stability,” even though the underlying charges were far more mundane administrative violations. Since the case was reopened in 2016, the focus has fully shifted to leading domestic organizations. About 30 HRDs have been prohibited from leaving the country, while the assets of ten HRDs and seven organizations were frozen. Dozens of rights organizations’ employees were interrogated and many were released on a bail as high as USD1700. The last such interrogation took place in June 2018 as this piece was finalized.

Sovereign states have the right to ensure that, at least formally, only domestic forces are directly shaping the country’s political developments, especially given that unregulated foreign funding can support illegal activities. Thus, states should arguably maintain oversight over the relations and transactions of funds between local actors and foreign sources. Foreign funding carries the risk of clientelism that could undermine the domestic nature of a CSO and its priorities. But such laws have been extensively abused by authoritarian states who make local fundraising difficult and foreign funding nearly impossible for CSOs. Consequently, several Egyptian organizations have registered as companies to avoid the various restrictions of the Associations Law, which raises issues of transparency and accountability. Alongside government pressure, many foreign donors concurrently cut back on their funds to Egyptian human rights organizations in this restrictive and legally ambiguous atmosphere.

Most of the organizations which remained in Egypt after 2013 had to cut staff and reconfigure or decrease activities. Nazra for Feminist Studies, the Center for Egyptian Women’s Legal Assistance (CEWLA), and AL-Nadeem Center for Rehabilitation of Victims of Torture, for example, had to cut down their activities, while the Cairo Institute of Human Rights Studies (CIHRS) had to relocate nearly all its activities to a regional headquarters in Tunis. The leading remaining organizations, including the Association for Freedom of Thought and Expression (AFTE), the Egyptian Initiative for Personal Rights (EIPR), and the Arab Network for Human Rights Information (ANHRI), among others, have largely limited their activities to Cairo but continue to work and produce critical reports, engage in various forms of advocacy, and provide some legal aid.

Independent organizations have resorted to several coping mechanisms: i) adaptation, ii) raising costs, iii) coalition building, and iv) constituency building. Adaptation includes tailoring activities, allowing staff members to work part-time for higher-paying jobs, and utilizing social media for innovative communications strategies. Raising costs involves strenuous international advocacy within Western countries and their media. Coalition building has long worked well for Egyptian human rights organizations in regional and international alliances. Finally, some Egyptian human rights organizations have attempted constituency-building initiatives to build broader networks of volunteers and raise domestic funding. Adaptation seems to have been the most successful strategy, especially by organizations which stayed on and continue to work in the country such as AFTE and EIPR. Raising costs through international advocacy might have protected some prominent HRDs or discouraged the government from locking up more of them, but it has not led to any change in the dismal situation of systematic human rights abuses in a world that is veering more to the right—especially in terms of stopping forced migration and deploying security policies to fight violent extremism. Constituency building—though the strategy that promises the longest term and deepest impact by turning a largely urban and small movement into a national sociopolitical force—has so far not succeeded in making any inroads.

In the face of a repressive regime with not a small measure of public collusion, there are no easy solutions or immediately effective countermeasures. Easier said than done, but the only possible and meaningful course of action for Egyptian human rights defenders is to continue, even if slowly, to expand their constituencies and work with them, rather than on their behalf. Human rights work cannot take root, advance policy reform, and change norms, behaviors, and practices without a popular constituency pushing for such changes.

Khaled Mansour is a writer and expert on communications, human rights, humanitarian aid, development and conflict. He worked as a journalist and in UN organizations for 24 years then held the position of executive director at the Egyptian Initiative for Personal Rights in 2013 and 2014.