Funders must rethink their principles and practices to ensure that they operate on participation, trust, and mutual understanding instead of power and privilege. 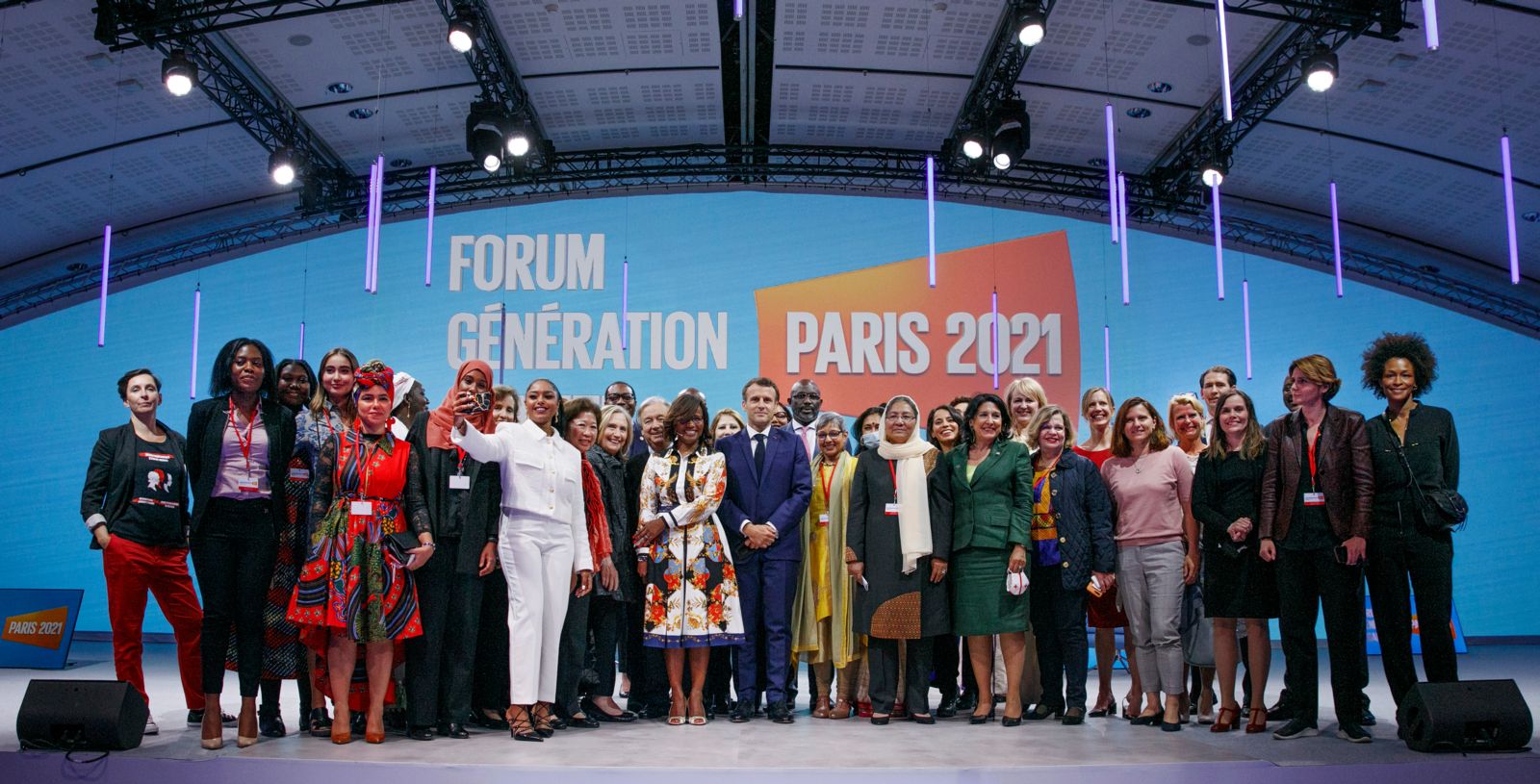 Scenes from the Opening Session of the Generation Equality Forum, held in Paris, France on June 30, 2021. UN Women/Fabrice Gentile

In July 2021, governments, businesses, foundations, and civil society from around the world convened at the Generation Equality Forum (GEF) and committed to change policy, implement programs, invest financial resources, and step up advocacy for gender equality. A monumental 40 billion US dollars in funding was committed for these goals.

The timing of the GEF was and remains critical, as the rate of progress on gender equality remains incredibly slow while COVID-19 and its impact continue to unveil and exacerbate systemic inequalities that womn and the most marginalized communities face. It is imperative to ensure that the GEF commitments do not remain ‘flashy’ headlines but that their implementation centers womn and marginalized groups to ensure that they are not left behind as the world re-builds.

In order to do this, funders must first consider the subject of accountability. Who are they accountable to? How can they build accountability into their well-meaning pledges? Why should they be accountable?

Ordinarily in funder-recipient relationships, it is primarily the recipient (usually civil society organizations) that is held accountable for their actions, use of funds, and results. In a political setting, governments are held to account by being voted in or out of office. However, when funders fail to achieve their set objectives, they can simply turn their back and walk away at the expense of the communities they mean to serve. Alternatively, those who exit countries where programs have been implemented with tangible results, no matter how well-meaning their intentions and despite exit strategies being put in place,  still leave gaps in their wake that cannot be filled by  government and nonprofits alike.

Funders must hold themselves accountable to the most marginalized communities, recognizing that it is the oppression and exploitation of these marginalized communities that contributes to the accumulation of most wealth. When resources are appropriately directed towards  communities that are most impacted by structural inequalities, they in turnwill address the root causes of gender inequalities within historical, social, cultural, economic, and political structures. If the 40 billion dollars of the GEF are operationalized with this principle, they could be a historical game changer.

Funders must rethink their principles and practices so that they do not reinforce the power and privilege dynamics of wealthy institutions, and instead operate on participation, trust, and mutual understanding. Funders need to actively navigate power dynamics—by having open and honest dialogue with those who are benefiting from their funding, and by  stepping back, listening, and making room for grassroots leadership. This will not only ensure that lines of accountability are clearly mapped out, but also help identify the practical steps that need to be taken to ensure that resources reach those on the margins of society—for instance, through supporting and collaborating with funds that not only resource but are closest to those populations, such as womn, trans, and intersex people.

Additionally, it is important to track progress made towards the fulfilment of GEF commitments, and to conduct a review at the mid-way mark (two-and-a-half years) in order to evaluate progress and challenges and recommit to a way forward that ensures that the goals are met. This is not only a monitoring measure but enhances accountability as it allows commitment makers to assess their own performance and determine any adjustments that need to be made to attain their goals.

Funders need to actively navigate power dynamics—by having open and honest dialogue with those who are benefiting from their funding, and by  stepping back, listening, and making room for grassroots leadership.

Independent reviewers and communities who are meant to benefit from the pledges should also have an opportunity to come together to review the progress and hold commitment makers accountable. This would mirror the practice that happens with instruments such as the Convention On the Elimination of All Forms of Discrimination Against Women (CEDAW) wherein civil society organizations produce shadow reports to hold their governments to account when they are going before committees to give progress reports. This ensures that government reports are authenticated.

The GEF has ushered in a golden opportunity to shift the structural causes of systemic oppression experienced by womn and marginalized communities, particularly in the Global South, and to drive action and accountability towards gender equality. For this to happen and for the GEF to keep the ‘transformative change’ spirit it was billed to have, funders must hold the vision of accountability as central to their work, procedures and relationships.

N.B. Our use of womn is an act of challenging and replacing traditional ideas of what and who a womn is, which links them to a system of patriarchy where they are in effect, subject to men. It includes cis womn, transwomn and those who are non-binary.

Tariro Tandi is a director of partnerships & development at Urgent Action Fund-Africa. She is a queer, intersectional, feminist grantmaker with skills in philanthropy and fundraising who has seasoned experience in funding womn’s rights and disability justice.

Immaculate Mugo is a content developer at Urgent Action Fund-Africa and a queer, intersectional, feminist, who is passionate about gender, sexual diversity, sexual reproductive health, rights and justice, research, policy and advocacy.