When measuring ICC success, we need to examine the local impact and not just the international effects.

On 21 June 2016, the International Criminal Court (ICC) sentenced former Congolese rebel leader and Vice-President Jean-Pierre Bemba to 18 years in prison for human rights violations committed in the Central African Republic (CAR) in 2002-2003 by fighters of his Movement for the Liberation of Congo (MLC) rebel group. Commentators and news outlets widely welcomed it as a landmark ruling, with one commentator even hailing Bemba’s trial as “the ICC’s greatest success to date”. Such enthusiasm is understandable, as the trial set some important precedents for the ICC and demonstrated the Court’s ability to apprehend and successfully complete the trial of a high-level politico-military leader. Following the debacle of ICC cases against Uhurru Kenyatta and William Ruto in Kenya, and the never-ending wrangles around the outstanding ICC arrest warrant against Sudanese President Omar al-Bashir, this was a much needed boost. In addition, Bemba’s conviction is significant because it reaffirmed the doctrine of command responsibility, which establishes that leaders can be responsible for crimes committed by their troops even if they did not themselves directly engage in such acts. This ruling also constitutes the ICC’s first ever conviction for sexual and gender-based violence.

But the enthusiasm with which outside commentators met Bemba’s conviction contrasts sharply with the muted responses I observed in the Democratic Republic of the Congo (DRC). While his MLC party unsurprisingly denounced the ruling as unfair and politicized, the more general response seemed to be one of indifference. A number of factors help explain this, such as the fact that Bemba was not tried for crimes committed in the DRC and that many people lost interest over the course of what has been a very long trial process. In addition, the announcement of the verdict was drowned out by more immediate day-to-day concerns, such as the depreciation of the Congolese franc, the drastic rise of Internet costs, and the looming political instability sparked by highly contested presidential elections. 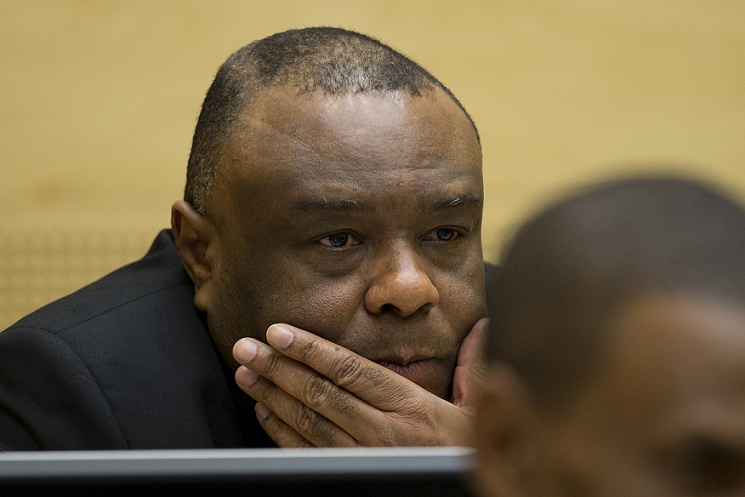 Jean-Pierre Bemba Gombo attends his trail at the International Criminal Court in The Hague, Netherlands.

The court’s effects cannot be separated from the local social context in which it operates.

As Elizabeth Evenson pointedly stated in a discussion of the ICC’s investigations in Ivory Coast: “Where the ICC truly needs to matter is in the countries—and indeed in the communities—affected by the crimes the court will try.” That is, ICC success needs to be measured against its local impact, not just by its international effects. The fact that a trial constituted a success for the ICC as an institution does not automatically imply that it was a success in bringing about justice for local communities. Ignoring this only risks entrenching perceptions that the ICC serves international and institutional interests rather than those of victims and communities affected by mass human rights violations. Dismissing common criticisms that have been levied against the court, including by people in the DRC, that it is politicized, lacks fairness, and provides partial justice, as “missing the point spectacularly” is in itself shortsighted. Indeed, the ability of the court to promote justice aims on the ground depends to a large extent on how it is perceived and received locally. The court’s effects cannot be separated from the local social context in which it operates.

While there may be very practical reasons for the ICC’s choice of prosecutorial strategy in the Bemba case (e.g., resource constraints, the need for a young court to prove itself) it is also legitimate to question whether the result has served local justice. The court failed to prosecute an individual for crimes committed in a conflict in which he played a leading role, while prosecuting him for crimes committed in a conflict in which he was a fairly minor actor, thereby leaving a majority of victims in the cold and producing a skewed narrative of conflict dynamics and responsibility in both the DRC and CAR. This is not to belittle the rights of victims of the horrendous crimes committed by the MLC in the CAR to receive justice, but to point to the constrained ability the ICC faces as an instrument of local justice.

The challenge however lies in conceptualizing what local impact might mean for the ICC. Existing empirical studies tend to focus on macro-goals such as the promotion of peace, deterrence or the strengthening of rule of law. But little agreement exists about the extent to which the ICC is able to achieve these, and framing ICC success around these objectives is increasingly seen as overburdening the court with unrealistic expectations. There is thus a need to reflect more on how we should measure ICC success in promoting justice locally. Three elements could serve to guide such a reflection.

First, we need to better understand what justice aims matter for local communities, and move beyond normative conceptions of what the court is and ought to do. While this point is frequently stated, it remains poorly integrated in research on ICC impact. Second, and closely linked to this, we need to take more seriously local constructions of the court’s legitimacy. That is, we need to understand on what basis victims and local communities build perceptions of the court’s legitimacy and which factors affect these. Merely responding to the court’s local legitimacy (and therefore effectiveness) crisis by saying that people misunderstand how the court works will do little to resolve the problem. Lastly, questions of the ICC’s success should be approached by exploring the local changes it produces and how this interacts with broader processes of social, political, and institutional change at the local level in which the ICC’s operations are necessarily embedded. All of this does not mean we should not embrace the ICC’s international effects. But a proper understanding of the ICC’s effects should be based on a broader measure of what success really means.

Valerie Arnould is Senior Research Fellow with the Africa Programme at the Egmont-Royal Institute for International Relations in Brussels. She is also a visiting lecturer at the Brussels School of International Studies, Kent University.