Acknowledging men and boys as victims and survivors after decades of neglect and skepticism, proves that the Council is increasingly taking the security implications of sexual violence seriously. 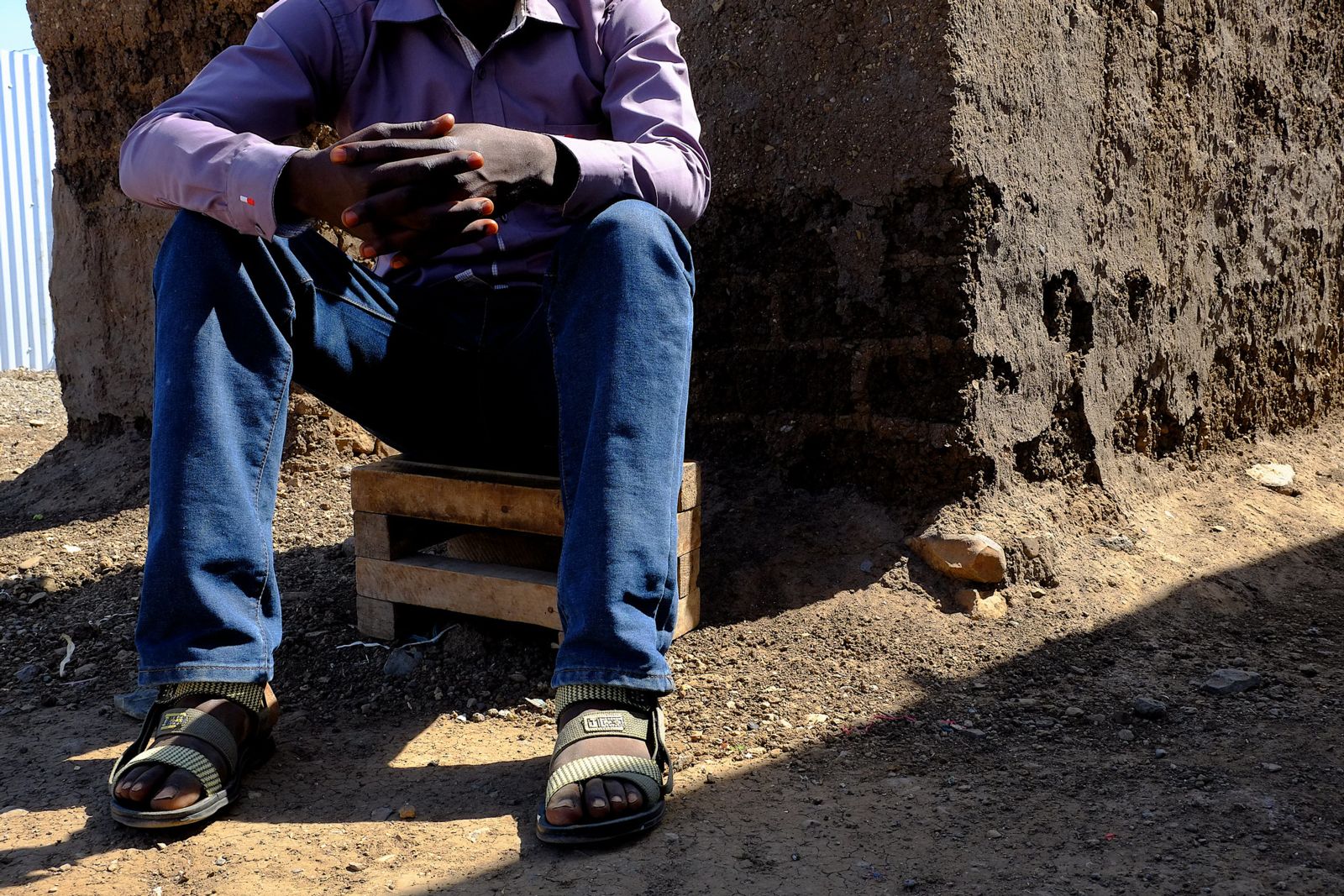 Studies show that of the 4,076 NGOs that worked in the area of war rape, a mere 3% mentioned sexual violence against men and boys in their programs and literature in the past two decades. 2018 European Union (Photographer: Barbara Minishi)/CC BY-NC-ND 2.0

After decades of neglect, the United Nations Security Council properly recognized for the first time in April of 2019 that men and boys are victims and survivors of sexual violence in war. This historic move became possible because the Council is increasingly seeing the phenomenon of sexual violence as a human security threat to international peace and security.

For a long time, the Council only considered security issues that could threaten the peace among nations, such as interstate wars and nuclear proliferation, among others. Human security issues, such as sexual violence in armed conflicts, used to be out of the scope of interest of the Council because they were considered more domestic concerns than international. NGOs and transnational advocates* learned that to overcome this political barrier they had to frame sexual violence as an international security threat rather than a domestic concern. Their main argument was that women are more affected by the abuse during armed-conflict, and because women are seen as agents of peace, minimizing sexual violence in war enhances prospects for peace.

Consequently, men and boys as victims of wartime sexual violence were not figured into the language of the resolutions and have since lacked recognition by numerous national and international policy and human rights instruments. Nevertheless, in conflicts where it has been investigated, sexual violence against males “has been recognized as regular and unexceptional, pervasive, and widespread.”

Ian Hurd and other scholars argue that in securitizing human issues, the Council found a way to make itself relevant to new and emerging threats that are not the kind of inter-state conflict for which the body was established. To this end, the Council responded positively to pressure from NGOs and advocates under the argument that sexual violence is no longer seen as a regular byproduct of war, but as a planned and targeted policy employed by armed combatants to destroy communities and win conflicts. The trend began in the year 2000 with an emphasis on gender-based violence against women and girls, expanded to include specific sexual violence concerns against ‘women and girls’ and sometimes ‘women and children’ in 2008, and finally incorporated explicit attention on sexual violence against men and boys in 2018.

Beginning domestically, scholars posit* that before and during the 1990s, civil society played a chief role in pressuring governments to adopt broader and more inclusive laws on sexual violence and rape.

For instance, France, which voted in favor of SCR 2467, was the first country in the Security Council to write an inclusive definition of rape into law in 1980, after a decade-long civil society movement. The UK and Germany also voted in favor. Each country reformed their rape laws in 1994 and 1997, respectively, in response to civil society campaigns and the work of advocates for victims and survivors of sexual violence. The US, which also voted in favor, was one of the last countries from the Council to make its laws inclusive to male victims of sexual violence, also in response to pressure from civil society. Even China, while abstaining from voting, amended its national law for the same reason.

Internationally, transnational advocates helped put the issue of sexual violence onto the Security Council’s Peace and Security Agenda in 2008, by framing it as a security threat after the war in Yugoslavia and the genocide in Rwanda in the 1990s. Instances of abuse were widely publicized by the international media and human rights groups as a way to mobilize around sexual violence issues and its impact on women and wars.

Acknowledging men and boys as victims and survivors after decades of neglect and skepticism proves that the Council is increasingly taking the security implications of sexual violence seriously.

It logically followed that sexual violence threatens international peace and stability because it was- and is- being employed as a weapon of war, just like bullets, grenades, and propaganda.

Another reason for which sexual violence against men remained a taboo subject during this fight, is because the crime is concealed by the victims who are too ashamed to speak out and are ignored by a society that is not prepared to listen. This is a result of socially constructed norms surrounding masculinity that are ingrained in many societies, and a lack of recognition that limits access to justice, reparation, and care. Combatants use this knowledge to their advantage for genocidal purposes, as well as to weaken, humiliate, and displace communities.

Despite these realities, there is little advocacy for males out there. Studies show that of the 4,076 NGOs that worked in the area of war rape, a mere 3% mentioned sexual violence against men and boys in their programs and literature in the past two decades. Therefore, acknowledging men and boys as victims and survivors after decades of neglect and skepticism proves that the Council is increasingly taking the security implications of sexual violence seriously. According to Germany, who put the issue on the Council’s Agenda, without bringing communities together peace cannot be achieved due to cultural assumptions about male invulnerability.

Although a more detailed response was expected, the issue is moving slowly because concrete efforts, like raising awareness and providing services, have not been implemented internationally. A notable example is that of the case of Myanmar before the International Court of Justice earlier in 2020. The language used to condemn sexual violence as a genocidal tactic used by Burma’s military against Muslim Rohingya suggested that only women and girls were targeted, ignoring the fact that sexual violence against males was also present.

Much work remains to give male survivors a voice, access to justice and care, and other necessary services, all of which could help render this weapon of war ineffective before it continues developing. More than ever, sexual violence is a pressing issue because in some conflict zones, the crime is now part of the terrorist economy of extremist groups--meaning that sexual violence has become a lucrative enterprise in war.

*Note: Some of the evidence in this article appears in a report that you can request from the author.

Cristian Ramos is a recent graduate with a Master of Arts in International Relations and Diplomacy from Seton Hall University. He specialized in international law and human rights and previously provided disaster assistance as a Case Manager for FEMA in Puerto Rico after Hurricane Maria.