The evidence-based approach of listening to and centering survivors can help to address various forms of violence—from those affected by COVID-19 to those experiencing racial violence. 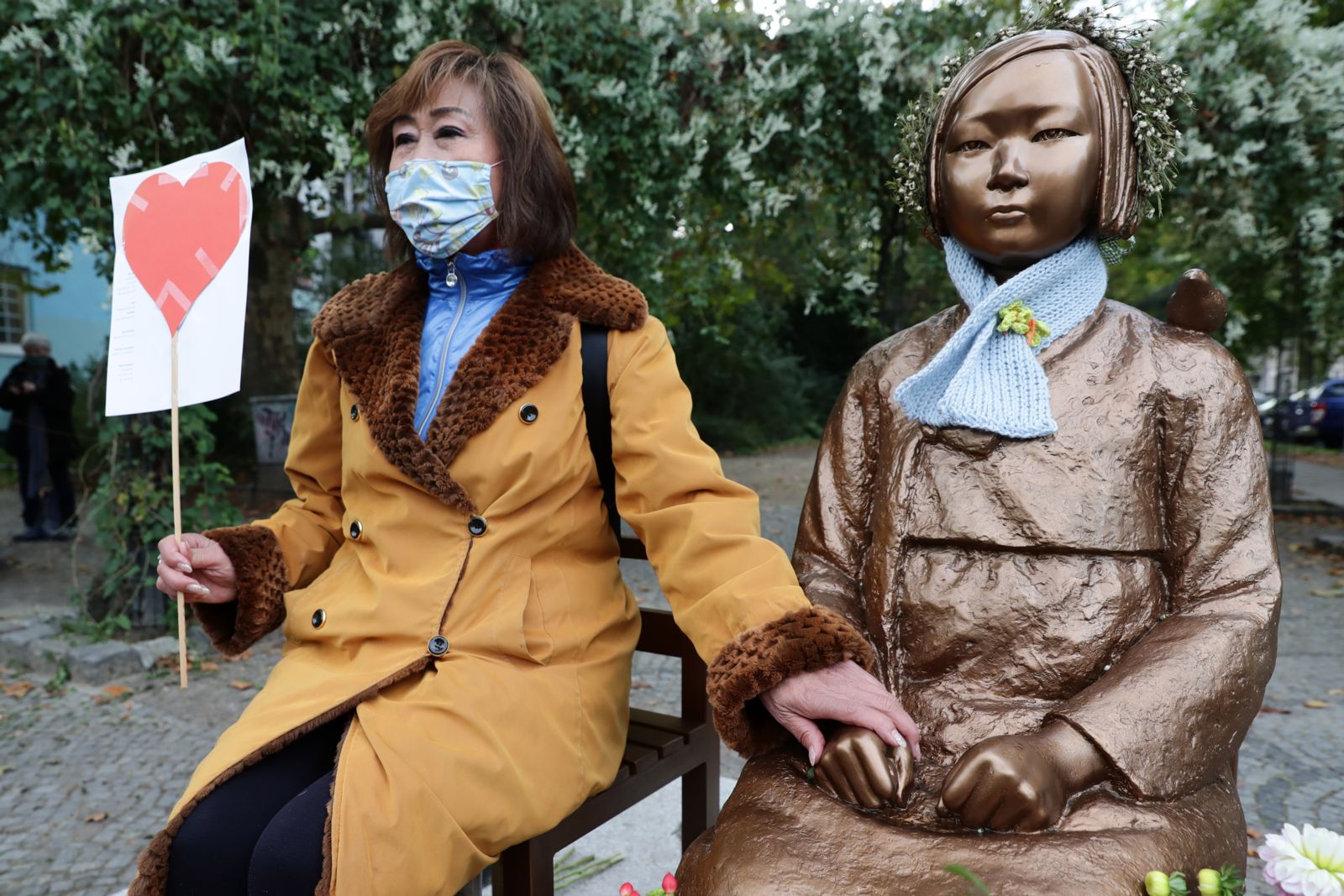 A woman sits and holds a hand of the Statue of Peace during a demonstration in Berlin, Germany, 13 October 2020. The Statue of Peace that was inaugurated on 28 September as a commemoration of wartime sexual violence against women by the Japanese imperial army. EFE/EPA/HAYOUNG JEON

A survivor-centered approach is defined by the United Nations as one which seeks to empower the survivor by prioritizing their rights, needs, and wishes. This includes ensuring that survivors have access to appropriate, accessible, and quality services. However, many victims and survivors of sexual violence are not recognized because the current definitions of sexual violence in national and international policy and legal documents do not reflect or comprehensively capture the wide range of sexual violence that is perpetrated and experienced.

Despite these issues, the past decade has seen increased attention to sexual violence from global policy actors such as the United Nations, the International Criminal Court (ICC), and civil society organizations. In 2007, the UN launched the UN Action Against Sexual Violence in Conflict (UN Action)—a network of 13 UN agencies, supported by a team of experts and investigators, and chaired by the Office of the Special Representative of the Secretary-General on Sexual Violence in Conflict (OSRSG-SVC), which was subsequently established in 2009.

The OSRSG-SVC was established to serve as the UN’s spokesperson and advocate on SVC in addition to chairing the UN Action team. The UN Action team strives to ensure that prevention of sexual violence, particularly in conflict, is at the heart of the UN’s humanitarian, human rights, and peacekeeping operations. The policies and operations of the OSRSG-SVC are to a large extent guided by the definition of sexual violence reflected in the ICC's Rome Statute.

The term “conflict-related sexual violence” is defined in the UN Secretary General’s reports on the issue as referring to rape, sexual slavery, forced prostitution, forced pregnancy, forced abortion, enforced sterilization, forced marriage, and any other form of sexual violence of comparable gravity perpetrated against women, men, girls or boys that is directly or indirectly linked to a conflict. This definition emphasizes sexual abuses that involve physical or contact situations.

In order to acknowledge the experiences of and deliver justice to as many survivors as possible, definitions of sexual violence need to be more inclusive, comprehensive, culturally sensitive, and survivor-centered.

Despite these initiatives and given the resources, expertise, and the influence of the UN, its use of narrow and disparate definitions allows victims and survivors of sexual violence to fall through the cracks. Victims and survivors who are not recognized within the contrasting policy frameworks and institutional systems are therefore unable to access essential services such as medical or psychosocial support.

In April, 2019, the UN acknowledged in its Security Council resolution (Resolution 2468) that there are gaps in the policies and laws that address sexual violence and recognized “the need for a survivor-centered approach in preventing and responding to sexual violence in conflict and post-conflict situations.”

It is important to acknowledge how complex it is to navigate what constitutes sexual violence due to differences in cultural and societal norms, as well as ignorance or a lack of understanding of this issue. There are also discursive gaps—discrepancies between public discourses and policies on paper—due to the political and economic considerations in policy making. Although the UN and other international organisations acknowledge the need for a survivor-centered approach, their efforts remain fragmented, creating gaps in policy definition and implementation.

Though the OSRSG-SVC was created to eliminate these gaps and overlaps in the response to sexual violence and to coordinate UN initiatives on the issue, the problems continue to exist. In particular, there are significant differences in definition between institutions based on the terminologies used by those working on CRSV and those working on gender-based violence (GBV).

In addition to definitions and policy responses to sexual violence in conflict being more inclusive, comprehensive, context-specific, and survivor-centered, what can be done to remedy the situation? What does a survivor-centered approach look like in practice?

First, investigators need proper training to understand and recognize broader, context-specific and cultural understandings of sexual violence in their processes. Second, service provision for the range of survivors must be delivered in a manner that trusts them to drive their recovery, make their own choices and decisions, and state their needs or next steps. This also means encouraging and providing opportunities for survivors of sexual violence to testify and have their experiences heard and recognized. Third, organizations must actively recruit survivors to be part of decision-making bodies, committees and meetings on sexual violence in order to have meaningful impact on policy, legal processes and implementation. An increased collaboration between the different stakeholders involved in the process would clearly help in this regard. Finally, advocates must utilize the combined power of civil society, political pressure, and the media to improve the efficiency of efforts to address sexual violence globally.

These approaches can also help improve government and international responses to racial discrimination and those who are disproportionately affected by COVID-19. By centering them and paying close attention to their experiences, policy makers can ensure that the response and recovery measures address various circumstances adequately. For the effective administration of justice, accountability, reparations and support services to victims and survivors, the many forms of sexual violence need to be adequately addressed by international criminal laws, policies and practices.

Ravina Anand (MPPGA, MD 23’) is a Canadian tech-social entrepreneur and a medical student at the University of Calgary. She is the co-founder and chief operating officer of FLIK.

Israa Noureddine (MPPGA) is an international human rights advocate who recently graduated from the Masters of Public Policy and Global Affairs and is currently residing in Vancouver BC.