Can activists in Haiti and American-based law students and professors create trust, honesty, and a commitment to equality in radically unequal conditions? 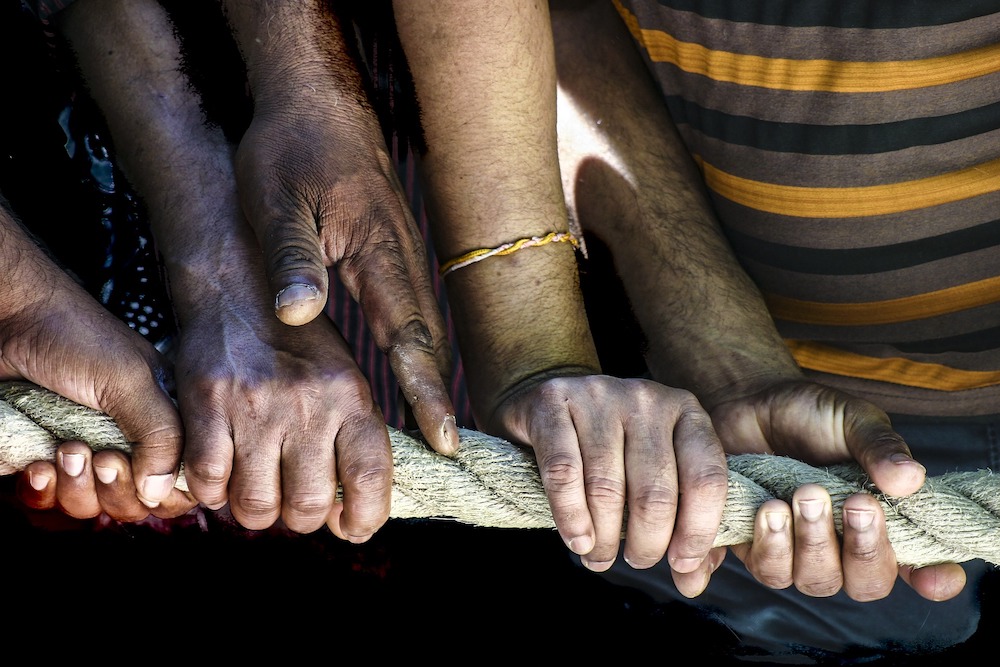 Since 2013, the Global Justice Clinic (GJC or “the Clinic”) at NYU School of Law has partnered with a social movement in Haiti that organized itself to assert Haitian self-determination over the emerging industrial gold mining sector. Made up of numerous Haitian social movement, peasant, and human rights groups, by January 2013, the Kolektif Jistis Min (KJM) had uncovered important information about US and Canadian companies that held permits to research, explore, and exploit gold in Haiti. However, these groups also had many open questions and sought support in advancing their objectives. The Clinic and KJM soon began to hold exploratory discussions aimed at determining how we might work together. At first, we framed the engagement as one aimed at advancing human rights in the gold mining sector. Six years later, we see the work as joint opposition to the development of the Haitian gold mining sector itself. This shift, from a position held out as “neutral” concerning extractives in Haiti, to one in which we jointly voice our opposition to extractivism itself, encapsulates our learning over these past six years.

This post is aimed at distilling some strands of a conversation that many of us have had over the years, and for which—here, in this provisional space—we take responsibility as co-authors. We cannot speak for KJM, and we cannot speak for our colleagues or Clinic students; instead, we speak for ourselves.

Here are some provisional lessons we offer in the spirit of dialogue:

We welcome responses to this post and ask: what has worked for you in creating solidarity across radical divides?